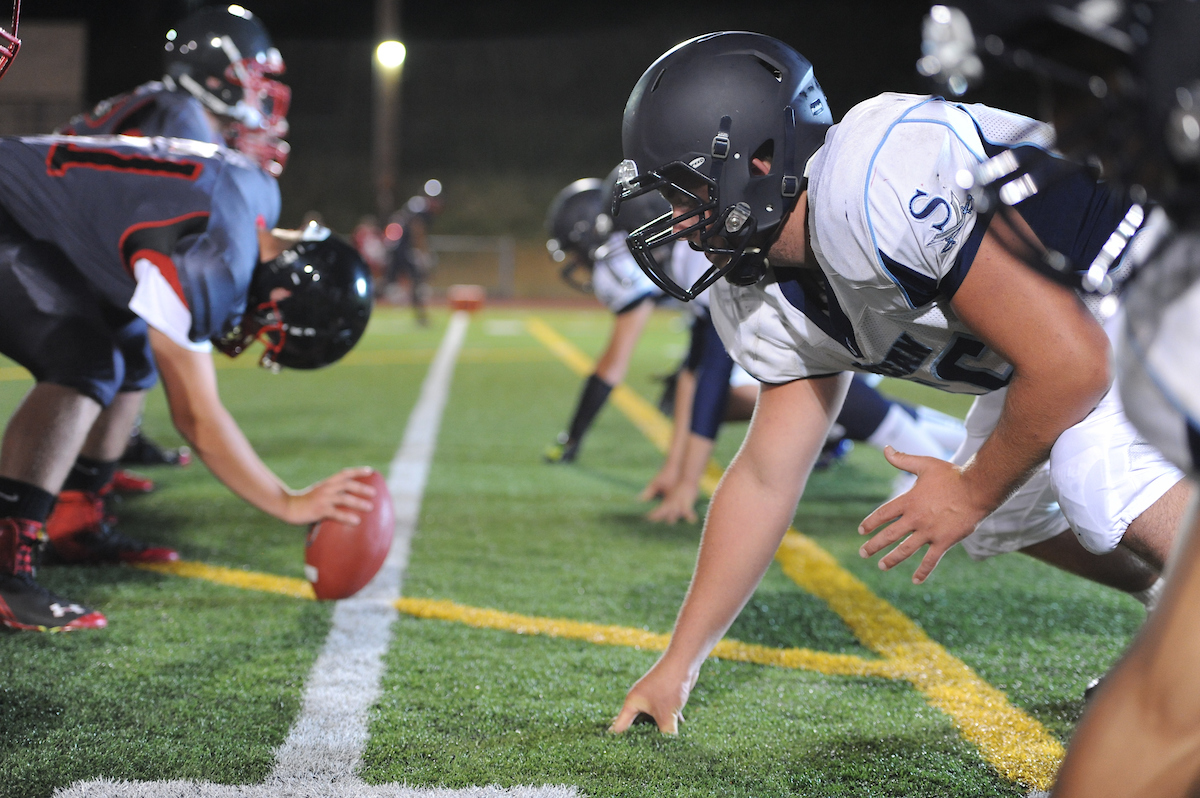 Nearly 60 percent of players drafted by NFL teams since 2008 participated in track and field in high school. The benefits are more than meets the eye.

Track and field offers football players an outlet to utilize their athleticism and teaches them techniques that can be used on the football field, which is why it’s one of the more popular options for a second sport. It’s a particularly great option for one type of player: the offensive lineman.

With a typically massive physique, an offensive lineman is usually not the kind of athlete you would expect to see at a track meet. However, some of football’s greatest athletes have a history with shot put.

The value in the field event is the footwork and technique. Tracking Football, a recruiting service that keeps multisport athletes in high regard, explains how shot put and football are a perfect combo.

“The ability to throw the shot put is a great indicator of short area power and footwork. Typically shot put ability transfers over well to the football field, particularly for linemen and linebackers.” Tracking Football writes.

RELATED CONTENT:  'I guess you can call it football in the spring': How a New Jersey high school’s lacrosse and football team joined forces

By simply watching shot put, it appears the power is in the arms. Under the surface, it requires athletes to channel their full body’s energy.

University of Wyoming coach Craig Bohl has a history of recruiting multisport athletes, especially with a track and field background. Bohl tells Trib.com where the real power in “putting” the 16-pound ball of metal across the field comes from.

“Many times it's not so much the strength in the arms,” Bohl said, “It's the lower-body explosion.”

An example of this is Joe Thomas, the recently retired Cleveland Browns offensive tackle and All-Big Ten shot-putter at Wisconsin. Though he lacked weight room strength, his functional strength was intact – a skill he learned through shot put.

RELATED CONTENT: LeBron James as a high school football player: 'This kid can play quarterback, he can play it all'

“It's really not about weight-room strength. It's more about the position you can get your body in to be strong,” Thomas said, “You'll see guys getting beat in the NFL in general on the offensive line just because their feet are out of place. Your strength and power come from where your feet are.”

Aside from the physical advantages, shot put, like many sports, enhances competitiveness. It keeps the player in the mindset of the game, a staple of being a multisport athlete. Houston Texans defensive end J.J. Watt, who threw shot put in high school, believes kids should play multiple sports to be a well-rounded athlete.