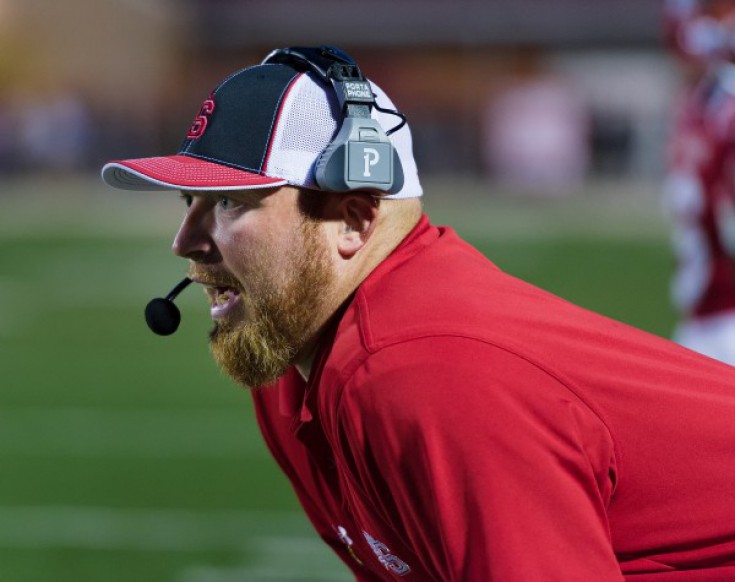 Today’s guest on the USA Football Coach and Coordinator podcast is Mike Judy, head coach at Smyrna High School (Delaware). Judy is beginning his fifth season as head coach at Smyrna. After going 5-5 in his first year, Judy has led the Eagles to three straight state championships, their first three football championships in school history. He has compiled a 39-8 record in four years as the head coach. Judy worked as an offensive coordinator and offensive line coach for eight seasons at Smyrna before taking over as the head coach.

Prior to Smyrna, Judy worked in coaching at Hargrave Military Academy (Chatham, Virginia) as an offensive line coach and eventually offensive coordinator. Judy also worked as a strength coach for the Philadelphia Phillies in Major League Baseball. Before he got into coaching, Judy was a three-year starter at Wesley College (Delaware) from 1997-2000. He previously graduated from Dover High School in Delaware. Along with coaching football, Judy is an assistant lacrosse coach and teaches physical education at Smyrna.

On today’s podcast, Judy and host Keith Grabowski talk about using a two-platoon system in high school, wearing teams down and promoting having fun while playing football.