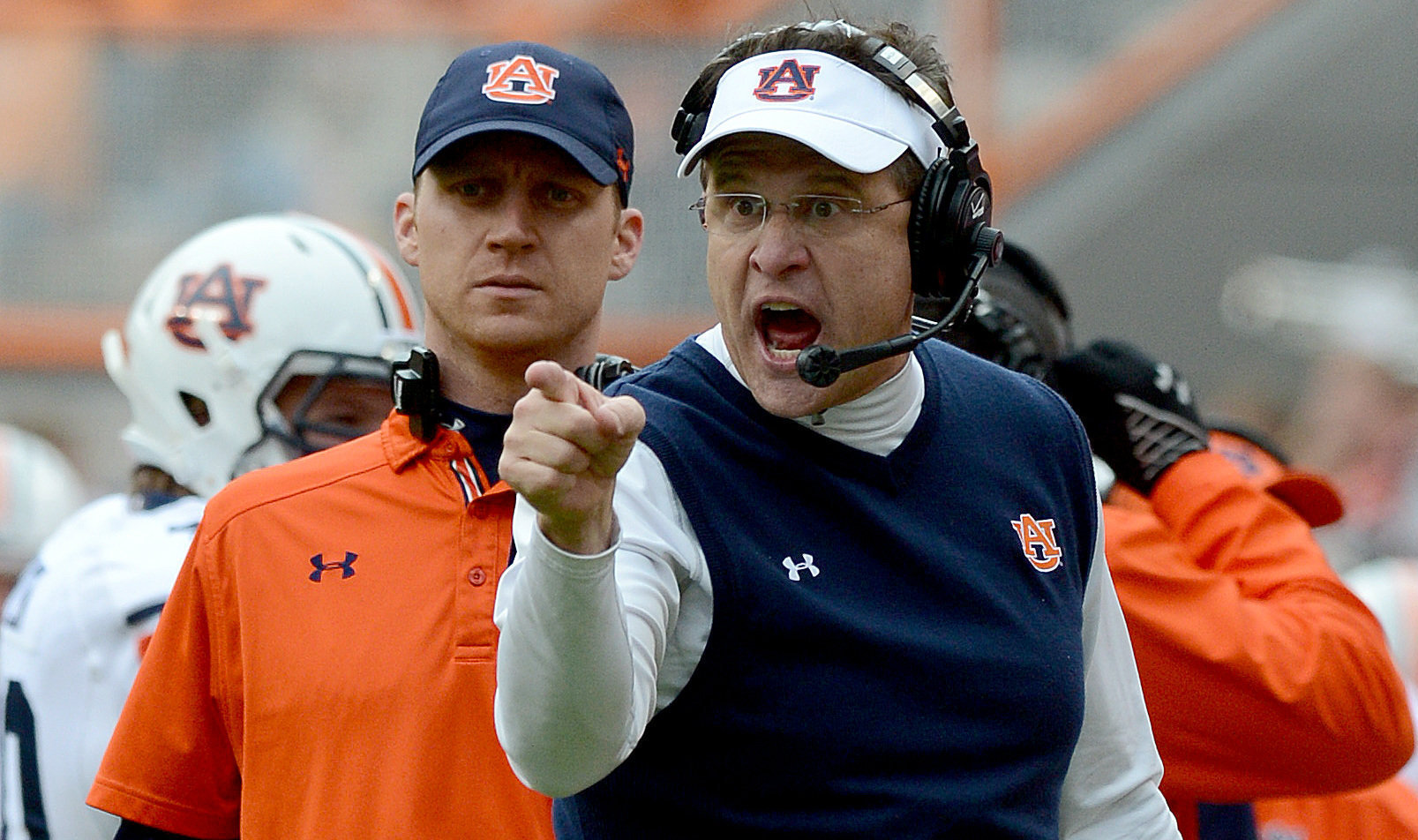 Although saying “We whipped the dog crap out of em, didn’t we?” sounded like a dish at the Georgia Bulldogs, Auburn’s coach Gus Malzahn’s remark was simply convenient after beating them 40-17 last season. In fact, Malzahn is not one for cussing.

Gus Malzahn right after Auburn’s 40-17 win over Georgia: “We whipped the dog crap out of them, didn’t we?” (video from @LShute13) pic.twitter.com/aWwOUc5cmi

“I said that to my wife and that was supposed to be a 1-on-1 deal. It really didn’t have anything to do with the opponent,” Malzahn joked to Auburn Undercover reporter Brandon Marcello.

After beating the No.1-ranked team in the country at the time, Malzahn could've chosen a much more explicit phrase to express his excitement, but he didn’t — and doesn’t plan to in the future.

Malzahn made the decision to keep it clean when he started working with kids, wanting to set a good example.

“This was something, I guess, 1994, I started looking at coaching as ministry and that’s really when things started changing for me as far as understanding that I’ve got great influence with my players, and just trying to be the example I need to be.” Malzahn said. “That’s when everything changed for me and that’s what I tried to do and what I still try to do to this day. Understand that as a coach we have a big responsibility to be examples for our players and that’s really my number one responsibility at the end of the day when it is all said and done.”

Even his players notice his non-cursing stance as a staple of his personality.

“We get together sometimes and if the topic comes up, his language is always part of the conversation,” said Mitch Mustain, one of Malzahn’s former players at Springdale (Arkansas) High School. “But we think we heard him (cuss) one time. We were pretty sure we heard him mumble something, but otherwise it was always 'chicken crud.’”

Similarly, Nebraska’s coach Scott Frost takes the no-cussing approach. Frost says the colorful language will only set the team and players back, instead of motivate them.

"We're not going to cuss at kids. I don't think that's the right thing to do. And I also don't want to make kids afraid to make a great play. If someone misses a tackle or drops a ball, they don't need to be yelled at. They need to be taught the right way to do it so it doesn't happen again,” Frost said. “Once you take away that fear of what might happen if you make a bad play, it really frees you up to go make great plays. I want our team to always play with a desire to excel and no fear of failure.”