The oldest high school football rivalries in the U.S. 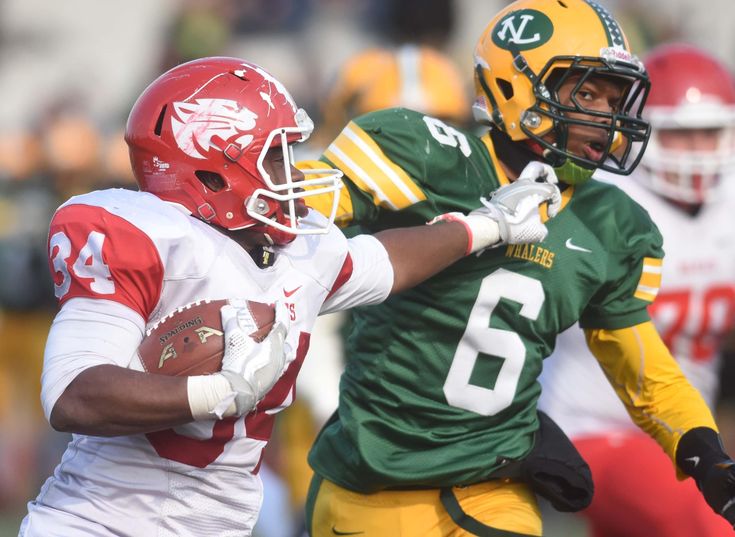 The New London (Connecticut) Whalers and the Norwich Free Academy Wildcats square off in the oldest high school football rivalry in the nation. (Photo via New London Day)

When it comes to high school football, practices are beginning at lots of places across the country today. The ritual of two-a-days are often grinds for players and coaches as they fight through that heat. One way that everyone can get through the grind is the knowledge that all the hard work can be channeled toward one goal: beating their rivals!

The high school game is unique in that some schools have played each other for well over 100 years. The intensity of these rivalries is bred by a mix of the proximity of the schools and the familiarity with their opponents.

Passionate fan bases, pageantry under the Friday night lights, and decades of hard feelings, tough wins, heartbreaking losses, and traditions not found anywhere in any other sport. In honor of the impending arrival of the 2018 season, here are the five oldest high school football rivalries in the country.

William Penn Charter School Quakers (Philadelphia) vs. Germantown Academy Patriots (Fort Washington, Pennsylvania) (1887). The matchup between the Quakers and the Patriots is believed to be the oldest prep school rivalry in the country.

No. 5 (tie) (1886): Groton School Zebras (Massachusetts) vs. St. Mark’s School Lions. The Zebras own a 77-45-2 edge over their rivals, the Lions. St. Mark’s, however, boasts two College Football Hall of Famers in Hamilton Fish III and Truxton Hare.

Milton Academy Mustangs (Massachusetts) vs. Noble and Greenough School Bulldogs (Dedham, Massachusetts). The Mustangs and Bulldogs play each other near the end of each season. Before the game, the schools hold a Nobles/Milton Day where students chant and paint their faces in preparation for the game.

No. 4 (1883): Fordham Preparatory School Rams (Bronx, New York) vs. Xavier High School Knights (Manhattan). This is the oldest high school rivalry in New York City, competing annually in the Turkey Bowl on Thanksgiving. The first game was called because of darkness.

No. 3 (1882): Wellesley High School Raiders (Norfolk, Massachusetts) vs. Needham High School Rockets. Another great Thanksgiving matchup, the annual contest between the Raiders and Rockets is the oldest public school rivalry in the U.S.

No. 2 (1878):  Phillips Academy Big Blue (Andover, Massachusetts) vs. Phillips Exeter Academy Big Red (Exeter, New Hampshire). The oldest prep school rivalry in the country began as a rivalry between schools started by Phillips family members. The Grandfather of Football, Amos Alonzo Stagg, suited up for the Big Red as part of this rivalry.

No. 1 (1875): Norwich Free Academy Wildcats (Connecticut) vs. New London High School Whalers. This is the oldest high school rivalry in the country and is another classic Thanksgiving game. Though they haven’t played continuously, the Wildcats and the Whalers have been doing battle since Ulysses S. Grant was President. The first game took place between the Norwich and the Bulkeley School for Boys, which merged with Chapman Technical High School in 1951 to become New London High School. The rivalry was interrupted by World War I and a two-year hiatus after the merger.