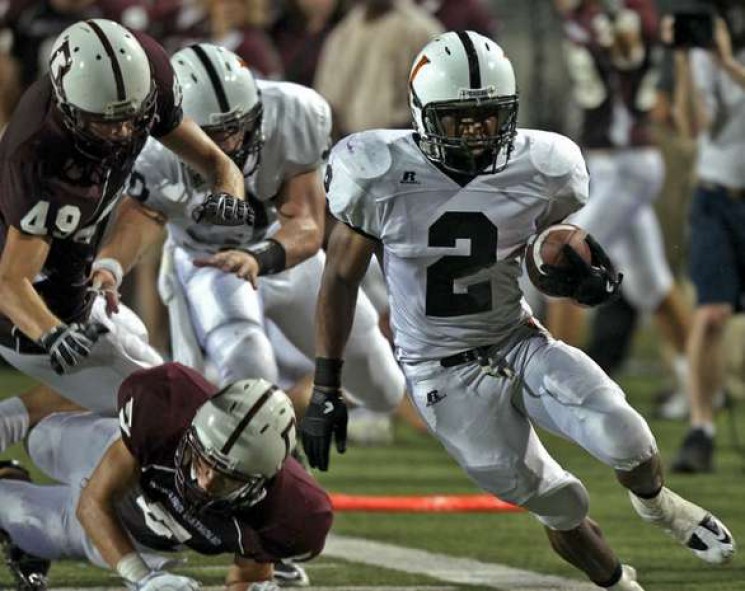 Photo by Bill Neibergall via publicpaulandmedia.wordpress.com

Crosstown is a new series on USA Football’s Coach and Coordinator podcast this season that focuses on rivalry games. We highlight some of the biggest and longest standing rivalries in the country with teams that are just miles away from each other. This series is designed to get insight on how to prepare the coach for these big games. We talk with the head coaches on each side of the rivalry and get their perspectives.

This week’s game is one of the biggest rivalries in Iowa as the No. 4 Valley Tigers take on No. 1 Dowling Catholic Maroons. The schools are just 2.6 miles apart.

Valley and Dowling started an annual rivalry in 1968 and this week they are playing for the 51st consecutive regular season meeting. The game will be held at 7 p.m. on Friday at Drake Stadium in Des Moines. Drake has a capacity of 14,557.

Dowling owns a 32-18 advantage in regular-season games. Valley has won 10 of 21 playoff meetings, though. Dowling won the last meeting 42-14.

Tom Wilson is now in his 14th season at Dowling, and during that time, he’s won 142 games. In his 22nd year overall, Wilson has amassed 234 wins with six state championships. Dowling Catholic is the first 4A school in Iowa to win five consecutive state championships

Gary Swenson hit his 350-career win when his Tigers beat Southeast Polk last Friday. During his 25 seasons at Valley, Swenson has amassed 225 victories. He is in his 43rd year of coaching with six state championship (five at Valley).

You can watch the game live, with replay on Youtube.

05:15  Trying to keep normalcy and let everyone else hype the game

07:11  Finding the balance of soaking in the moment yet keep normalcy

09:04  Growth between week one and two while facing a rival

10:06  Keep it narrowed down to day to day improvement

11:10  What do you say before the team takes the field in this game?

12:54  Appreciate the opportunity of the rivalry and your piece of history

13:29  Managing the highs and lows of the big game

15:51  A play that stands out in the rivalry for Wilson

18:10  Getting ready for the week after the big game

20:00  Wilson’s tips for being successful in and after the rivalry week

22:00  What makes the game special for Swenson

24:06  Balancing the big game and normal preparation over the week

27:23  Preparing the uptight team vs. the hyped up team

30:30  The ebbs and flows and how Swenson handles it

32:36  Mutual respect of the opponents starts with the coaching staff

33:19  Swenson’s most memorable moments of the rivalry

35:35  Swenson’s tips for coaching in the big game