3 reasons for your athlete to play tackle and flag football 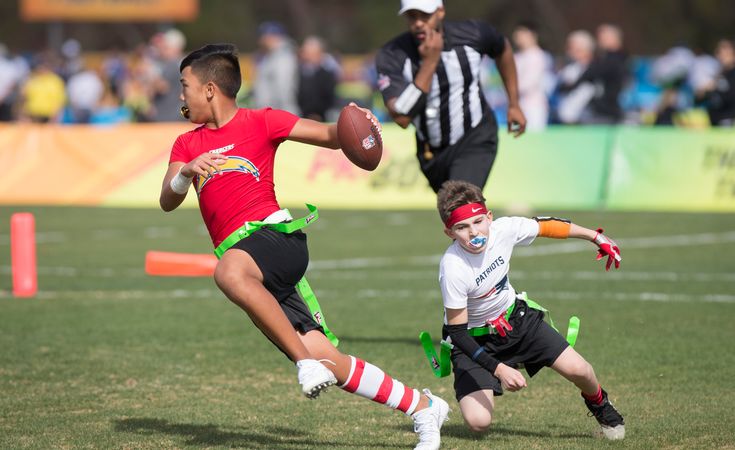 In many cases, a child begins his or her youth football career playing flag football. For the child and the parents, it’s an opportunity to get adjusted to the rules and fundamentals of football before determining if playing tackle is going to be an option down the road. Sometimes the child makes the move to tackle, but sometimes they don’t.

But in the case of my son Bradley, he started with tackle football at the age of four. Eight years later, he’s making the transition to playing in middle school. The first sport he ever played was soccer, but it was clear that he needed something a little more physical and he went straight to tackle football.

Growing up in a football environment, given that I was working for a football team at the time and the fact that my wife Sheryl loves football, tackle football fit like a glove.

RELATED CONTENT: Why it takes younger athletes longer to love the game

But with moving on to middle school football this year, Bradley’s games will shift from Saturdays and Sundays to Fridays and Mondays. That left Sundays open for him to do something else sports related. After watching his younger brother Jared enjoy flag football so much last year, Bradley decided he wanted to give it a try this season since it could fit into his schedule.

You might be wondering to yourself “why would a child who has played eight years of tackle football be so interested in playing flag?”

Well here are three reasons why Bradley is going to play flag football in addition to tackle this season and perhaps it’s something that you might consider for your child.

RELATED CONTENT: This football family is ready for some football

A football season can be grueling, even at the youth level.  When children get to middle school, sometimes they’ll play both for their youth team and for the middle school team but that could result in a tremendous amount of pounding on the body.  Bradley has decided to play just for his middle school team this season and that means the potential for 2-3 less games in a season including playoffs.  Adding flag football to his plate gives him some extra activity each week and it also satisfies his appetite of playing football.

Bradley loves football, so he takes advantage of just about every opportunity to get on the field.  Make no mistake about it…flag football is football, so he’s going to take his competitive juices on the field with him. In addition, he might learn some more fundamentals that he could apply to tackle.  In flag football, players learn how to throw, run routes, catch, and how to position yourself on defense. These are all universal aspects of any type of football.

There’s no question that Bradley has made a lot of friends playing tackle football, but he also has many friends away from the football field. Many of those friends have been playing flag football instead of tackle and now Bradley can play against both of them on Sundays. He’s really looking forward to spending some social time with friends from school when that opportunity wasn’t there in the past.

Bradley is super excited about the start of the football season. In years past, he would have already been in training camp with his youth team, but he satisfied his summer football hunger with a couple of camps and a trip to Canton for the USA Football Middle School Bowl Series. School begins this week and that means the start of football practice, followed by flag football starting next week.

RELATED CONTENT: How to help your child transition to a new coach

If you can’t get enough football and concurrent seasons of tackle is too much, then adding flag football to a chid’s schedule is a good idea.

Peter is a sports anchor for the CBS Sports Radio Network, FOX News Headlines 24/7 and WCBS 880 Radio in New York.  His son Bradley will be playing middle school football on Long Island this fall while his younger son Jared plays flag football.   Peter, his wife Sheryl and the boys are busy cheering on the New York Jets when they’re not at a youth football field.