Ask the Official: A simultaneous catch can still result in a turnover 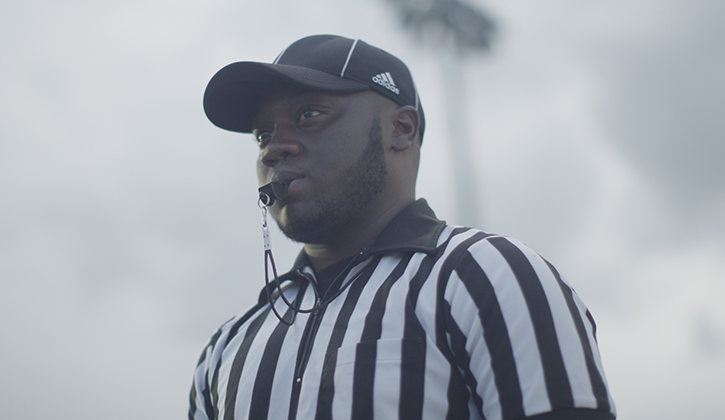 In high school rules, players from Team A and Team B both catch a legal forward pass simultaneously. Both land inbounds but neither are down by contact nor go out of bounds. The player from Team B gains possession of the ball prior to either being down by contact.

What is the call?

By NFHS (high school) rules, the ball is dead upon simultaneous possession by opposing players. In this play, the simultaneous possession occurs when both players control the ball, establish touching the ground inbounds and maintain control long enough to demonstrate a football-type act. Possession then goes to the team last in possession of the football, in this case Team A (the offense).

Now, there is a rarely applied caveat to that rule where a simultaneously caught ball is awarded to the player who touches the ground first, most likely the feet. In this case, the defense can be awarded possession if a player from Team B’s feet come down first. Generally, it's difficult to determine which player came down with the ball and touched the ground first as the official is focused on player control.

Remember, if you're ruling this a catch, then the three elements of possession must be present: control, inbounds status and being able to have time to demonstrate a football-type act. If the ball comes out immediately and touches the ground, you just have an incomplete pass. A rule of thumb is to let the two players demonstrate a tug-of-war effort that's a draw. If neither is releasing grip or control, you have simultaneous possession. If one player wins the tug-of-war. then it's his or her ball, and the play stays live.

Anyone on the field can serve as a punter, and as long as there is a legal snap at the beginning of the play, the ball can be delivered to the punter however you choose. The scenario you described is fairly popular among youth football teams.