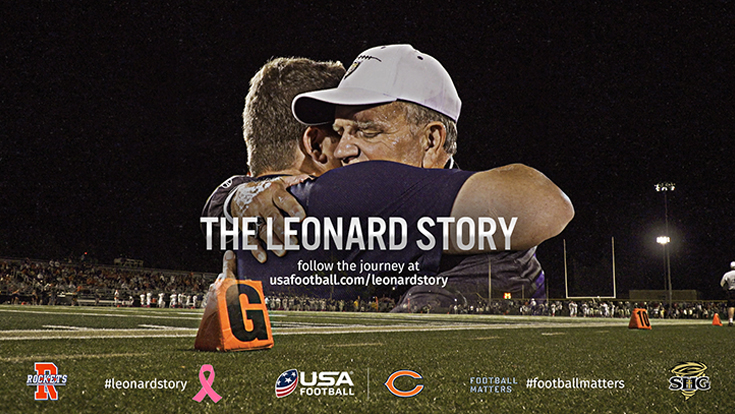 Ken Leonard shifts his weight slightly in a plastic orange chair, arms crossed over his chest.

“She would have hated this.”

The statement hangs in the air of the dim and still locker room. He flashes a slight smile, but his eyes hold most of his amusement.

They have a tendency of doing that when he talks about Liz.

“I outkicked my coverage when I married Liz.”

Nestled in the heart of Illinois, is the capital city of Springfield.

It’s a place that welcomes visitors with friendly Midwest charm and mannerisms. The type of  city that melds together community and history in a way that will surprise you.

And even inspire you.

But perhaps it has nothing to do with the city and more with the people that call Springfield home.

A football family by definition, but one that isn’t defined by football.

A family with the most unlikely matriarch to Springfield’s most dynamite football-coaching family. A woman who cared little for the game and the spotlight and more about the people who graced the bleachers, sidelines, and field.

This is a story about football.

But it’s also a story about faith, family and a remarkable woman named Liz Leonard who was the light and joy within a local football community.

This is the Leonard Story.