How offensive tackles keep edge rushers on their toes 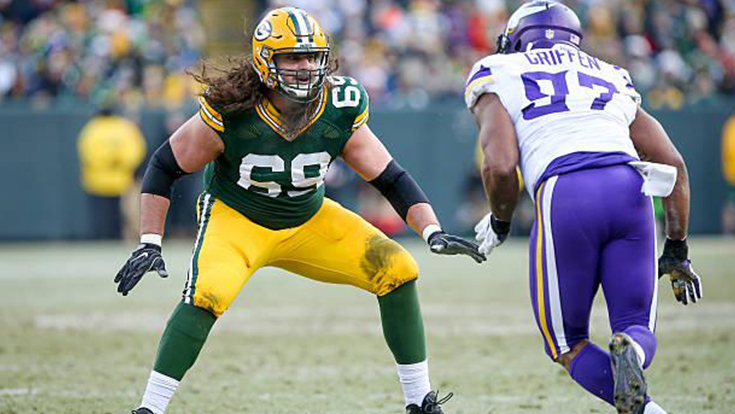 The most polarizing matchup on the line of scrimmage is usually the one between an offensive tackle and pass-rusher. This is because they are each usually the most athletic lineman on either side of the ball and operating in the most space, thus more visible to the viewer.

This is much like a cornerback against a wide receiver in man coverage, mirroring the offensive player while moving at a backwards angle is the general premise. This comparison falls apart rather quickly after that. But the initial backwards movement from each position (corner/tackle) puts them both at a tremendous disadvantage — leaving very little margin for error and forces each (at least initially) to rely more on technique than athleticism.

Corners can execute a variety of techniques in press man coverage to disrupt the receivers’ release, and tackles do something similar by switching up their pass sets. This leads to rushers having to deal with different depths, angles and timing with their footwork and hand usage.

Since timing and footwork dictate the majority of success for pass-rushers in carrying out their move on a given play, not knowing when the point of attack will occur throws a wrench in their process. Tackles should offer an element of unpredictability from the onset of a snap, and the elite ones are able to do that.

This cat and mouse game is played brilliantly in an elite level matchup between Green Bay Packers left tackle David Bakhtiari and Minnesota Vikings defensive end Everson Griffen. They’ve been going at it for twice a year over the last few seasons. The former got the better of the latter in this battle, largely due to the diversification of his pass sets on a rep-to-rep basis.

First, we check out Bakhtiari’s traditional 45-degree angle pass set, which pass-rushers across the NFL are used to seeing as much if not more than any other type. The idea is for the tackle to beat the rusher to a spot, in a position where he can obtain a half-man relationship with his opponent, effectively playing inside-out on him. This is to ensure the quickest route to the quarterback is impeded with the inside half of his body, influencing the rusher to pursue pressure around the corner (usually the longer route).

Every tackle has their own subtle variations of a 45-degree pass set, as you’ll see from Bakhtiari, but the general direction taken initially out of his stance is the same. You’ll notice in each of these clips masterful hand usage from Bakhtiari, including here as he opens up his arms just prior to the point of contact, inviting Griffen to attack his chest. Once Griffen takes the bait, his own chest becomes exposed, allowing Bakhtiari to latch, gain control and quickly anchor to win the rep:

Next, this is where the mind games really start. Bakhtiari gives his first shift in his pass set, this time initially starting off at a 45-degree angle with his first step, then stepping forward with his second step. This throws everything off for Griffen and ensures inside-out positioning for Bakhtiari. The third sequence is Bakhtiari retreating vertically, mirroring Griffen up the arc, again ending the rep with picture perfect hand placement and a strong base throughout:

Lastly, Bakhtiari pulls out a fake jump set and gets vertical on Griffen, who looks totally caught off guard by the bold maneuver. Bakhtiari runs the risk of providing a short corner to Griffen with this body positioning but does an outstanding job of using his hands and smooth footwork to mirror him up the arc and past the quarterback.

This is something best used as a changeup and not as a predominant pass set, but is an exquisite tactic to confound a rusher during a game:

Similarly, Philadelphia Eagles' left tackle Jason Peters demonstrates his own modifications on his pass set during an All-Pro matchup between himself and Arizona Cardinals defensive end Chandler Jones. The difference here is Peters is showcasing alterations to his vertical pass set, rather than his 45-degree angle set.

We have three successive clips here from the same game, starting with a traditional vertical set, followed by a vertical-to-jump set, and finally a vertical-to-fake jump set. Each of these disrupt Jones’ timing on his moves in the middle of the play, forcing him to adjust to something he had not seen before. Notice how each set starts off exactly the same, with an initial vertical step out of the stance:

Once pass-rushers have a primary move perfected, they are constantly working to build up an additional move or two to their repertoire in order to keep offensive linemen on their toes. This forces them to stay alert, and in some cases not panic mid-play. Accomplishing this feat is no easy task as precise timing, footwork and hand usage are needed for success.

Offensive linemen can work to combat this scheme by honing their primary “money” pass set, then tinkering with a few additional variations to supplement that over the course of a game.

Each side studies the other on film so they are best prepared for the matchup. Putting a diverse set of pass sets on film helps them to remain unpredictable and difficult to prepare. Multiplicity in the types of pass sets used can do that.