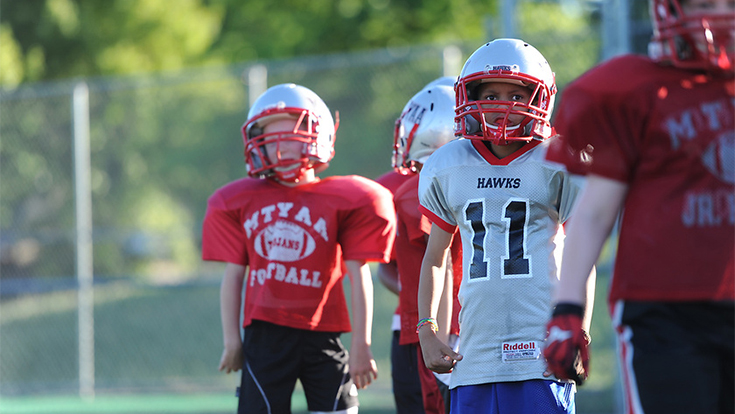 Other than an injury, there isn’t a worse feeling for a youth football parent than seeing your child sitting on the bench or standing on the sideline for most if not all of a football game.

During nine seasons of being youth football parents, my wife Sheryl and I have been on both ends of the spectrum with our sons Bradley and Jared. And I can speak from experience that dealing with playing time issues is not easy but there’s a way to handle it.

If a lack of playing time is what you are going through right now with your child, I can understand the frustration. My son Bradley’s third year of tackle football was his first year at the pee-wee level where the score was kept, and the team played in a league. Much to the frustration of my wife and I, Bradley, along with some other teammates, was basically nailed to the bench the whole season and saw maybe five or six plays each game if he was lucky. To be honest, the team wasn’t very good so what was the point of not letting all the kids play?

I would encourage any parent that is going through the same type of issue or has any questions about the team, league or program to address it head on with the coach in a one-on-one setting. You don’t want to scream at the coach in front of other people or ask for a meeting with program administration, at least at first. Ask the coach in an email or text if you can arrange a time or try to approach him after a game or practice.

That first pee-wee season, I could tell after a couple of games playing time was going to be an issue. I went over to the head coach after the game to discuss it with him one-on-one. I asked him how Bradley was doing and what he had to do to get more playing time.

What was the coach’s response?

“Nothing,” said the coach. “Bradley is doing great and working hard. He’ll get out there more.”

By the end of the season, Bradley saw a little bit more playing time, but other parents decided to discuss the matter with assistant coaches and that prompted the head coach to send out an email asking all parents to address playing time issues with him directly.

You have to take the step and address it with the coach. If that doesn’t work, you should inquire to the program administration and ask for the playing time requirements to be satisfied. At the end of the season, your child will have more practice and game experience.

In part three, I’ll share what you can do after the season, how to help your child continue to love and play football and what to do for the next season.