Ask the Official: Possession of the catch, not first touch, designates a touchback on kick 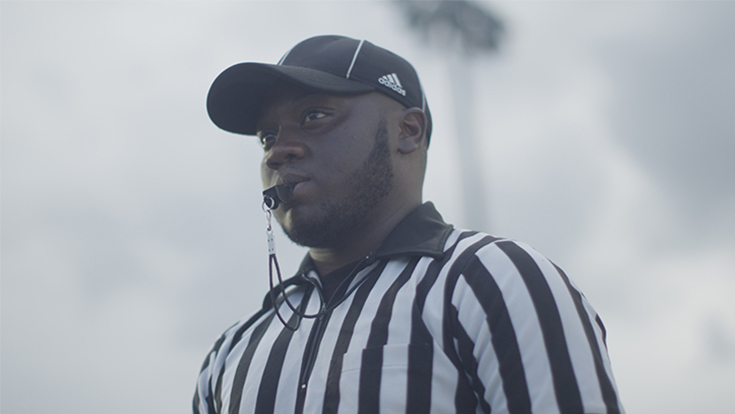 In high school football on a kickoff, a player on the receiving team catches the ball at the 1-yard line and his momentum carries him into the end zone. Is this a dead ball touchback, or does the player have to bring the ball out?

If momentum carries a player into the end zone, odds are possession isn't complete. This would result in a touchback as under NFHS rules any kicked ball that is not in a player's possession that carries across the goal line is automatically a touchback.

This is a judgment call by the game officials.

Can an offensive lineman be ineligibly downfield if the quarterback becomes a runner?

Following a defensive penalty as time expires, the offense is awarded an untimed down. The offense scores on the ensuing play to tie the game. Is that team allowed to also kick the point-after to win the game?

Yes. Any penalty accepted with the clock at zero at the end of the half or fourth quarter necessitates an untimed down. Also, any team that scores a touchdown during a play in which the clock expires is awarded the chance to attempt an extra point.

An extra-point attempt is awarded to the scoring team regardless of how much time is or is not left. However, at the NCAA and high school levels, if the extra point has no impact on the final outcome of the game, there’s no kick. From the scenario described, it would impact the outcome.

In the Browns-Steelers game on Sunday, the Browns were called for holding in the end zone, resulting in a safety. On the ensuing free kick, an upback signaled for a fair catch but the returner let the ball hit the ground and roll, eventually being recovered by Cleveland. Two questions:

Any player on the return team can signal for a fair catch, and it applies to all members of the team.

And regardless of how a team kicks the ball following a safety, it is a free kick, not a punt, so it is treated similarly to a kickoff.