How to prepare your child for a championship game 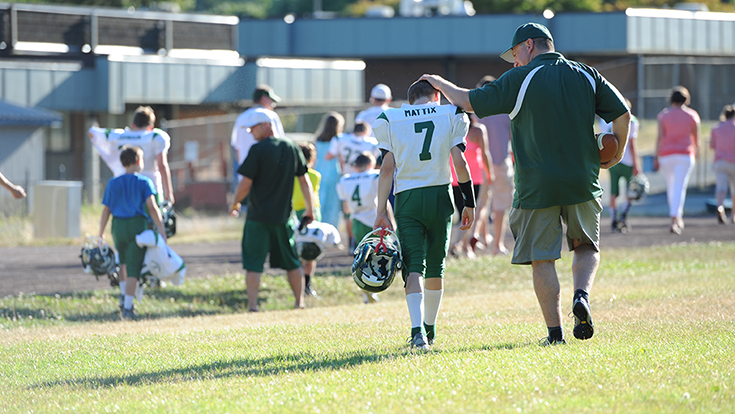 This Sunday, my son Bradley’s flag football team is going to play in his league’s Super Bowl. For some parents, preparing a child for this is old news, but for other parents, it brings about a new experience.

The first time Bradley went to a championship game was in 2012 during his first season of pee-wee football. He was just seven years old at the time, so it was hard to get a read on how he was going to handle it. Everything turned out great, but it was obvious at a young age that Bradley would be a very competitive young man. Like many kids, he understands that there are lessons to be learned with a loss, but he really loves to win.

Having been through championship weeks on multiple occasions, my wife and I have had plenty of experience helping our young athlete get ready to play. While it’s just about impossible to completely calm him down, there are steps a parent can take to try and get a child ready for a championship Sunday.

It’s just another game. For a child who is determined to be on a championship team, this is easier said than done. However, it’s important to get the message across to a child that this game is not the end all be all. When Bradley’s team lost a World Series baseball game, he was able to get over it once he put everything into perspective.

Stay away from X’s and O’s. Leave the game planning and the strategy up to your child’s coaches. The last thing you want to do is talk about the other team or how to handle certain situations. Let the coaches do the coaching at practice and instead just try to spend time with your child during the week leading up to take his or her mind off the game.

Encouragement and positivity. As the big game approaches, if you sense that your child is a bit tense, there are a few things you can do as a parent. You can tell your child that it’s okay to be nervous, that you’re proud of him or her no matter what and they’re winners no matter what. It may seem corny, but sometimes it really works. Just keep your child positive about playing the game and try keep things in perspective.

As a sports parent, especially in youth football, there is nothing quite like the excitement of watching your child compete, and that feeling is multiplied when there is a championship on the line. At the end of the day, it’s really the experience of being in the moment that’s most important, and not the result.

Whether a parent is dealing with this situation for the first time or the fifth time, there are certainly ways that you can help your child get ready for the game.