How to react when poor grades come home 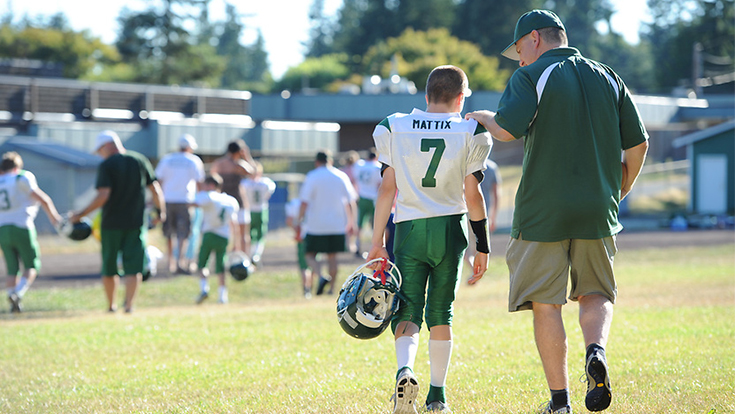 I thought this would be the perfect time to share a story that happened during my oldest son’s freshman year of high school more than a decade ago.

His report card arrived home with one grade below the “all A’s and B’s” standard his mother and I had established in order for him to play high school sports. With his favorite season on the horizon, I feared an unpleasant rebuttal in the form of him doing even poorer in school with, as he said, “nothing to study for now.” I had heard similar stories from other parents in the same situation.

RELATED CONTENT: Should youth sports take a backseat during the holidays?

My son’s main argument for us to make an exception to our rule was the fact that even with a “C” in Spanish he still had the highest grade point average on the team. His mother and I made a quick re-evaluation of our policy and decided that ruining his life (in his eyes) by not letting him play basketball wasn’t the answer.

We huddled up and instead offered him an alternative: He would be required to attend the weekly Spanish tutoring session and in return, he could still play basketball.

RELATED CONTENT: What to do when your child is doing too much

Much to my surprise he wholeheartedly agreed, which reinforced to me that it was the right decision because it showed me that he understood the importance of good grades and wanted to strive for them as well, and not just to appease his parents.

I still preach to my players as their coach and my sons as their father that schoolwork must come first. But I also always keep in mind the lesson I learned more than a decade ago that instead of always taking something away as a consequence, in some cases, adding something is the answer that makes more sense.