Learning from the Big 12: Compliments to the Counter Trey 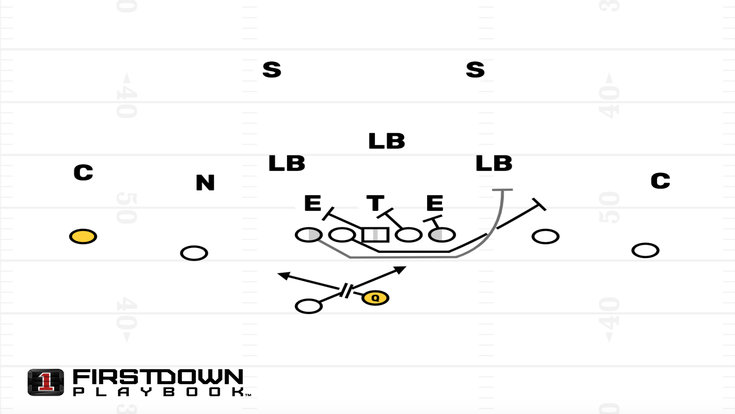 Lately, it has become more difficult to throw the ball on every down since Big 12 teams began deploying the three-man tite front. This front allows the defense to consistently drop eight players into coverage, clouding the intermediate windows that Air Raid offenses like to attack. Both Kliff Kingsbury and Dana Holgorsen have recognized the need to adapt and have responded by featuring a more diverse running game.

One of the most common run concepts that teams will use against the Tite front is the GT counter. Against the tite front, the playside of the offensive line down blocks the three down defensive linemen. The backside tackle and guard pull to the playside and look for the first two linebackers in the hole. The play can be called out of any formation and personnel grouping. The play that is diagrammed below is from a 10 personnel spread set. 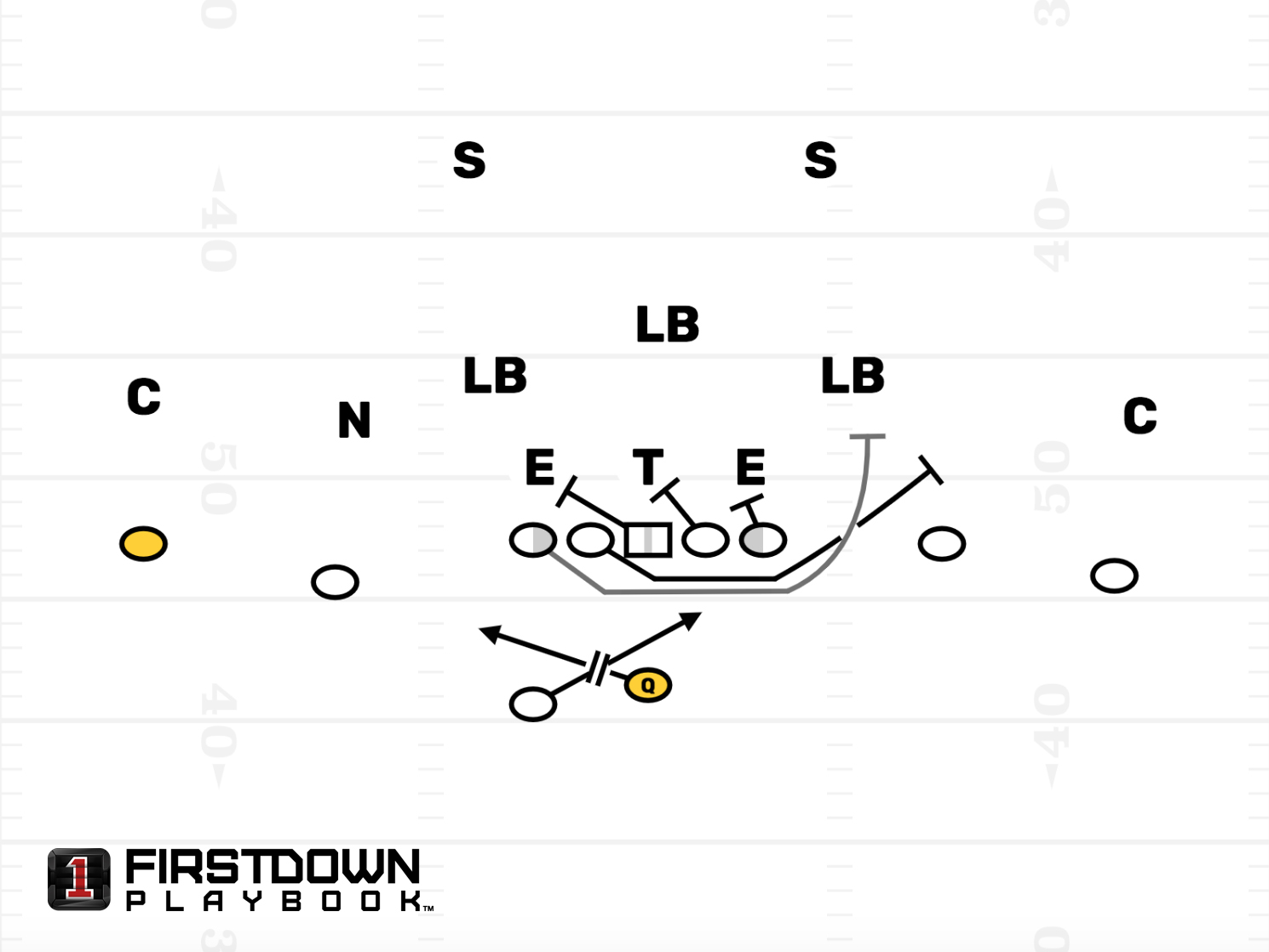 With athletic offensive linemen, this play is tailor-made to gash the tite front. The video below shows how both Holgorsen and Kingsbury used the concept in their 2018 matchup. A few of the different variations include jet sweep fakes and arc releasing the tight end on the frontside of the concept.

West Virginia attached hitch routes to the play throughout the game. Hitch routes from the slot receivers force the defense to move their overhang players out of the box to cover them. 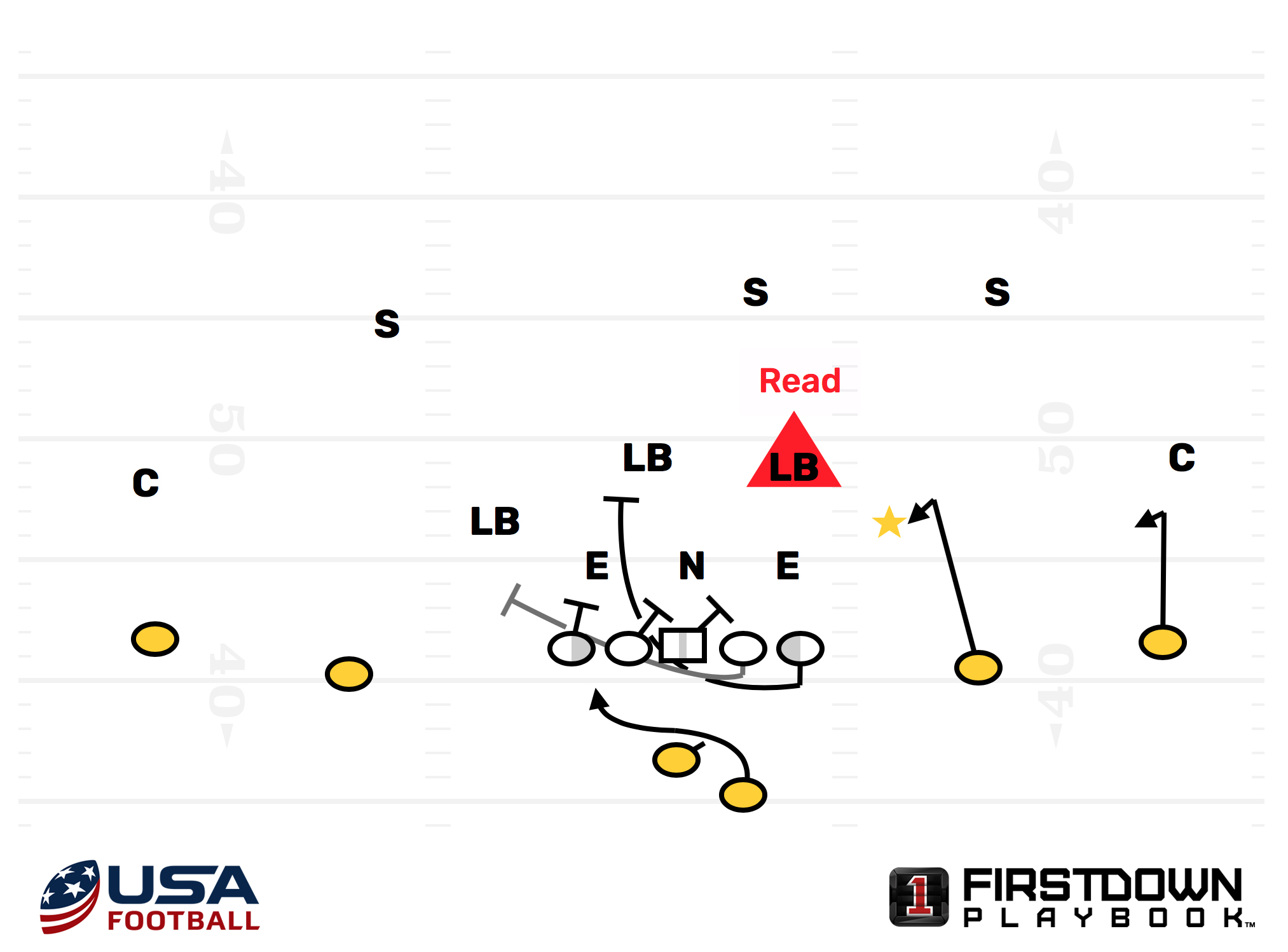 Here, the overhang defender (No. 6) gets caught peeking in the backfield. With the safety playing over the top, West Virginia quarterback Will Grier threw the ball to the slot receiver at five yards with plenty of space for yards after the catch.

West Virginia also used a backside slant RPO with the GT scheme. The slant route is another way to take advantage of overhang defenders that are focused on stopping the run. The video below shows an example of West Virginia hitting the backside slant out of trips. 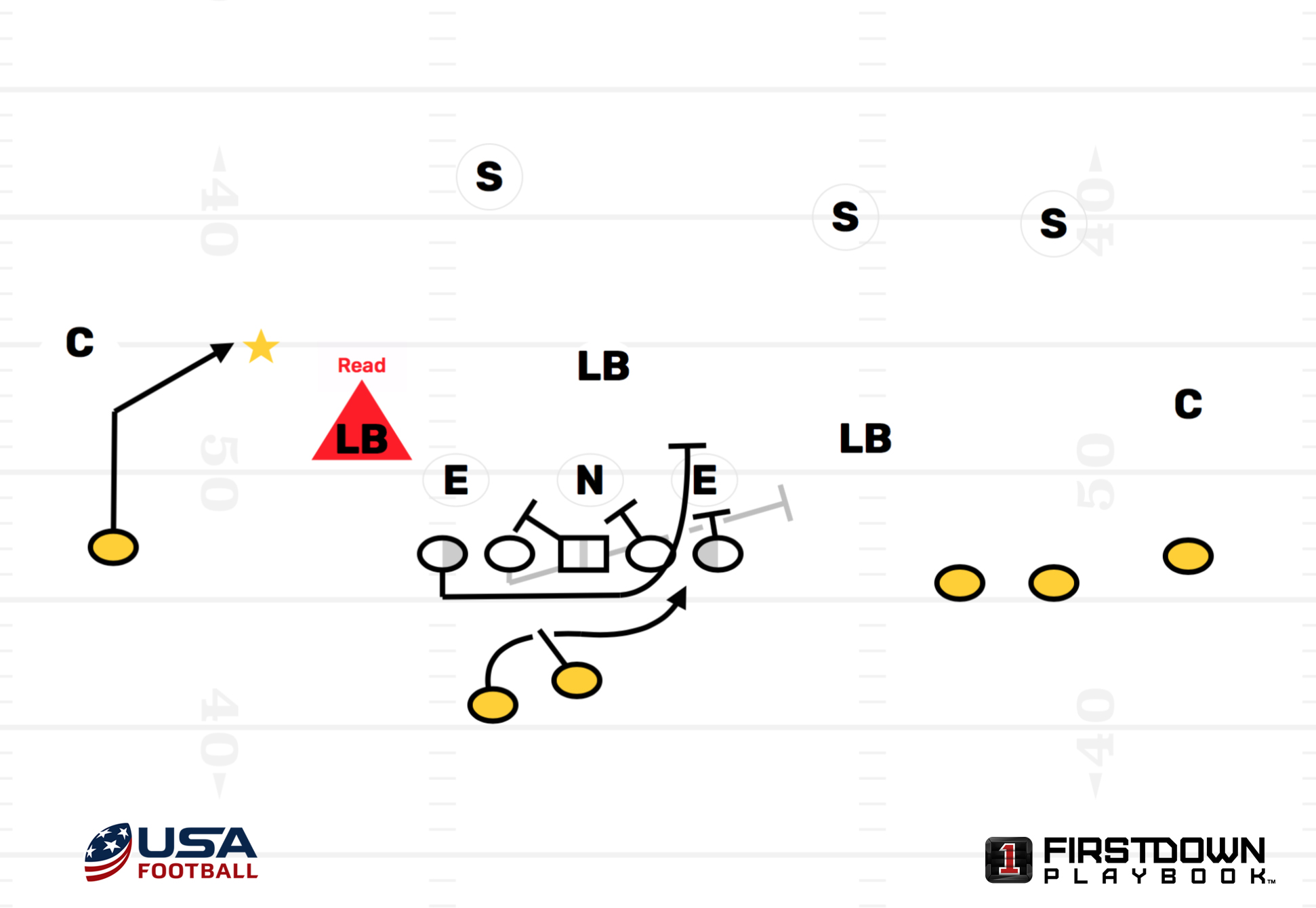 With the sixth defender creeping into the box, the slant window opened up nicely. The quarterback does an awesome job of being decisive and getting rid of the ball quickly to the slant route.

With two pullers, the GT scheme baits the linebackers, who are trained to follow pullers. Regular play-action off of the GT scheme worked well in this game as well. Texas Tech attached one of their staple pass concepts, four verticals, with the GT play action for an explosive play. 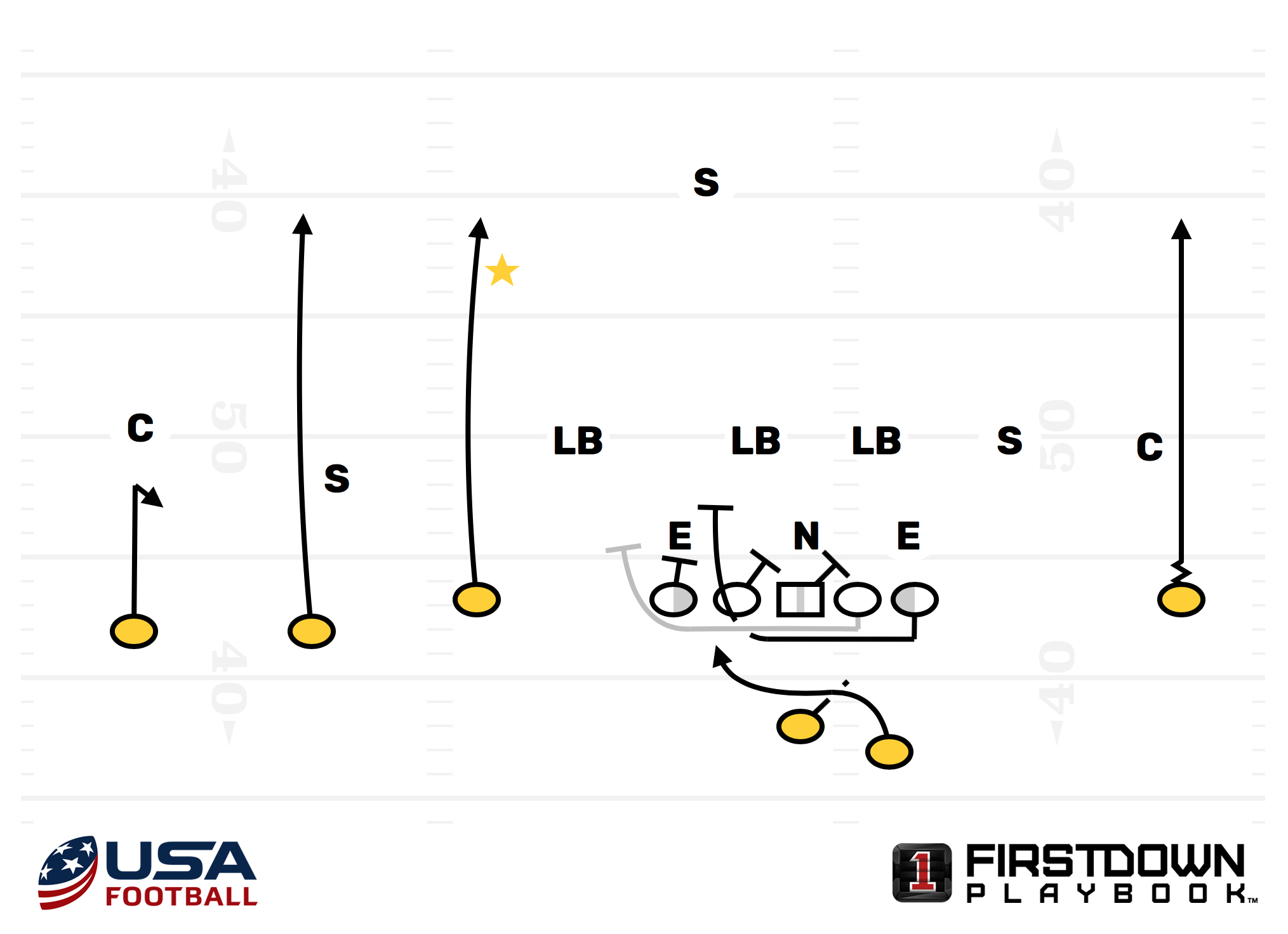 In the clip above, Texas Tech lines up with trips into the boundary. West Virginia plays Cover 3, leaving their safety in the middle of the field to help the single corner to the wide side of the field. The boundary corner is not in a good position to help on the No. 3 receiver, as he splits the difference between No. 1 and No. 2. With the four interior second-level defenders peeking into the backfield, there is a huge opening for the No. 3 receiver.

With defenses adapting to the Big 12’s widespread pass-happy style of play over the past ten years, offensive coaches are responding with their schemes to keep the chalk last. Dana Holgorsen has been utilizing new run schemes to take advantage of the lighter boxes for a few years now. In the world of high stakes football, the offense must adapt in order to stay on the attack.