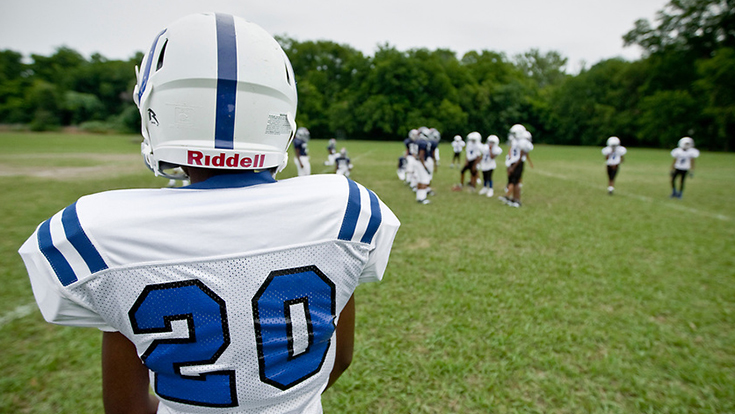 One thing that parenting has taught me is that I have a lot to learn. And often, it’s my kids who do the teaching.

This happened when my youngest was playing basketball in her senior year of high school. As I watched her struggle and grow through her season, her example reminded me of these basic life lessons:

Keep working, even through tough times

My daughter got very frustrated that season. She almost quit.  She couldn’t respect her coach. She didn’t play as much as she wanted. But she stuck with it, even though she was not having a lot of fun. It was a season that strengthened her character and reminded me of how much we grow when we persist in difficult times.

RELATED CONTENT: Youth Sports Can Build a Strong Foundation of Character-If You Let It

Treat your leader with respect even when you don’t agree

My husband and I were frustrated that season as we watched from the bleachers. We would have loved to give the coach a piece of our mind.

Our daughter, on the other hand, kept a good attitude toward the coach even though she didn’t agree with many of the decisions. She didn’t argue, complain, or give the coach an attitude.

Fight your own battles, earn your time

Our daughter never wanted us to complain to the coach or the athletic administrator. She told us, “I want to earn my time, not get it because my parents complained.”

And that’s just what she did. She worked hard at every practice and during every minute she was on the court. She may not have won team MVP, but she sure learned how to fight.

RELATED CONTENT: Sports dreams for kids is a financial sacrifice

Encourage others even when you don’t feel like it

Our daughter encouraged her teammates, whether she was on the court or bench. I know she didn’t always feel like it. But she ignored her frustration and looked to help her team instead.

Although our daughter worked hard and was a defensive force on the team, she didn’t get her name in the paper, score a lot, or play as much as she wanted.

But in the end, she was okay with that. She understands her supporting role.

When it came to the season-ending team awards banquet, my daughter didn’t receive a trophy. But there is no doubt in my mind that the character she developed in that season was far more valuable than any golden medals that gather dust on the shelf.

Janis B. Meredith is a parenting coach. She provides resources to help parents raise champions. Learn more about how she can help parents Raise Champions.