Build Off the Inside Zone Scheme like the Chicago Bears 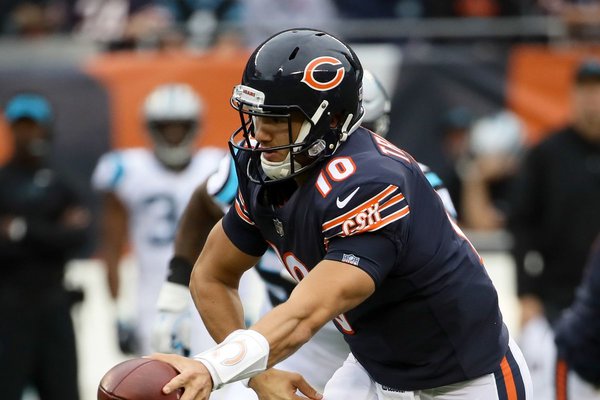 Matt Nagy has done an outstanding job pulling the strings for the Chicago Bears offense in his first season as head coach. His unique plays get a lot of the attention (see “Willy Wonka” and “Santa’s Sleigh”), but what drives the Bears offense is his understanding of true balance. Nagy will attack every area of the field throughout a game, and how he does it depends on the flow of the game. 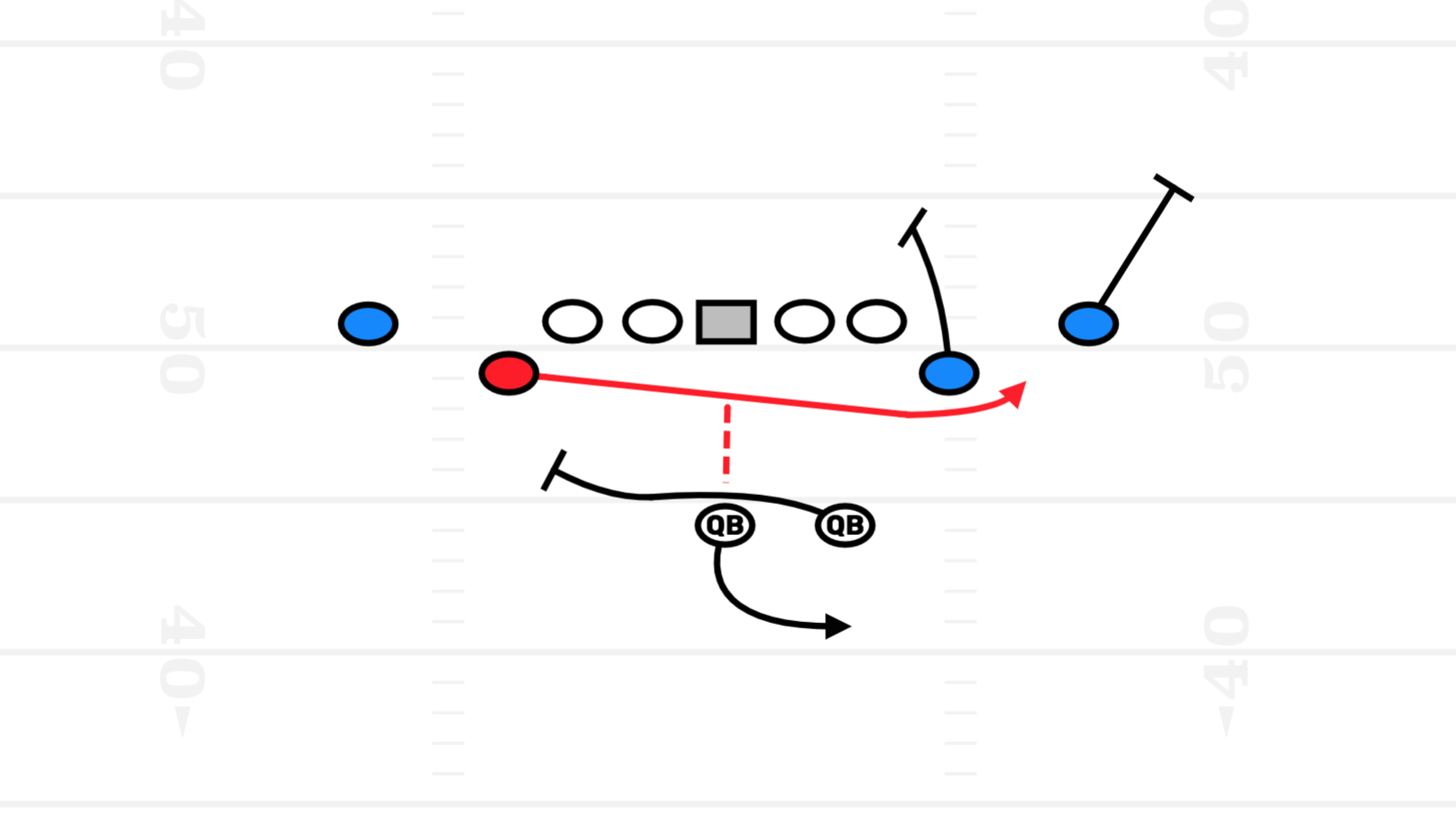 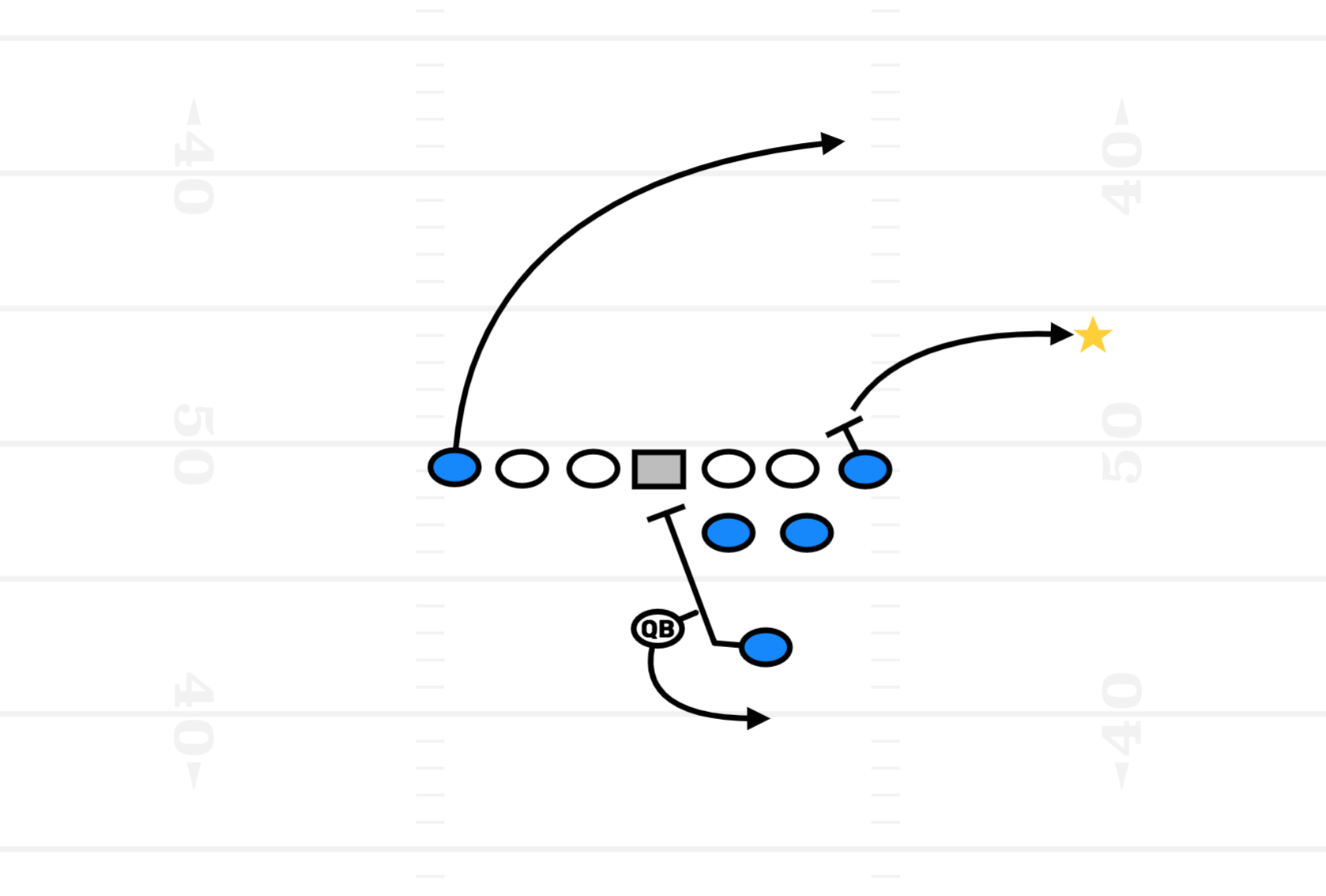 The Bears run game will change from week-to-week. Nagy is not only creative in the pass game, but equally so in the run game. Concepts and scheme will come and go with the exception of their staple call, inside zone. This article will focus on a few variations they have used this season.

After struggling to run the ball for two straight weeks, Matt Nagy and the Bears coaching staff took some extra time to fix things before their week 11 match-up with the Minnesota Vikings. This game was a crucial divisional match-up between two of the top teams in the NFC at the time. It was imperative for the Bears to have a balanced approach to attack the Vikings defense.

The Bears made a slight adjustment to their inside zone scheme to help out the offensive line. One of these variations is diagrammed below: 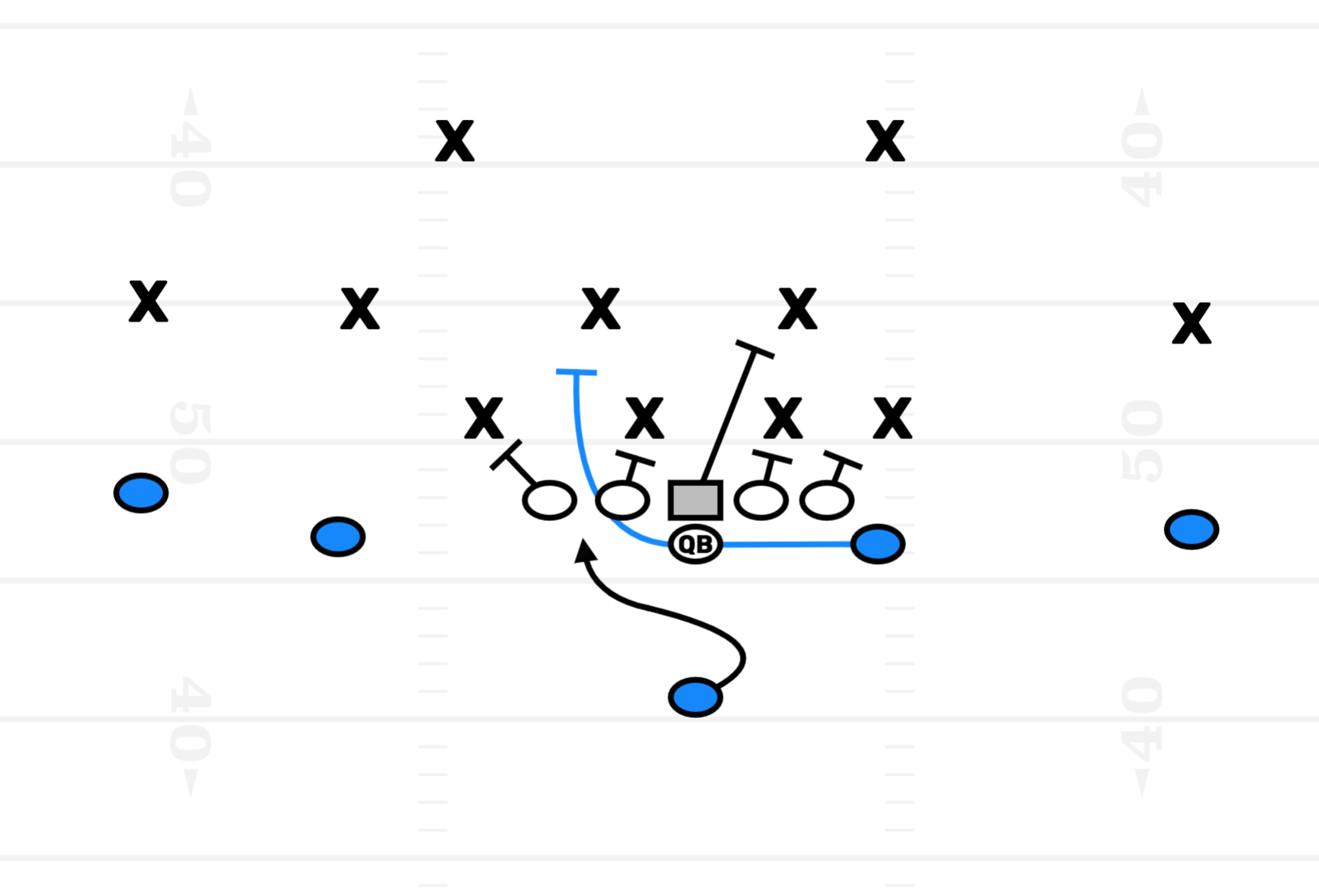 The adjustment netted the Bears a 5.2 yards per carry average on seven carries with this scheme. The scheme gave the Bears a few advantages in this game:

The video below shows the play:

With the insert block wrapping around, Jordan Howard has an easy time following Burton to pick up a nice chunk of yards.

Zone Read
Some people might argue that Mitch Trubisky has been the Bears most dangerous runner in 2018. While most of his runs come from scrambling on pass plays, Nagy will call designed quarterback runs. The Bears will use his running ability off of a zone read concept with a built in RPO. Trubisky has kept the ball on 14 zone reads (through week 16).

One of their staple zone read RPO’s is diagrammed below: 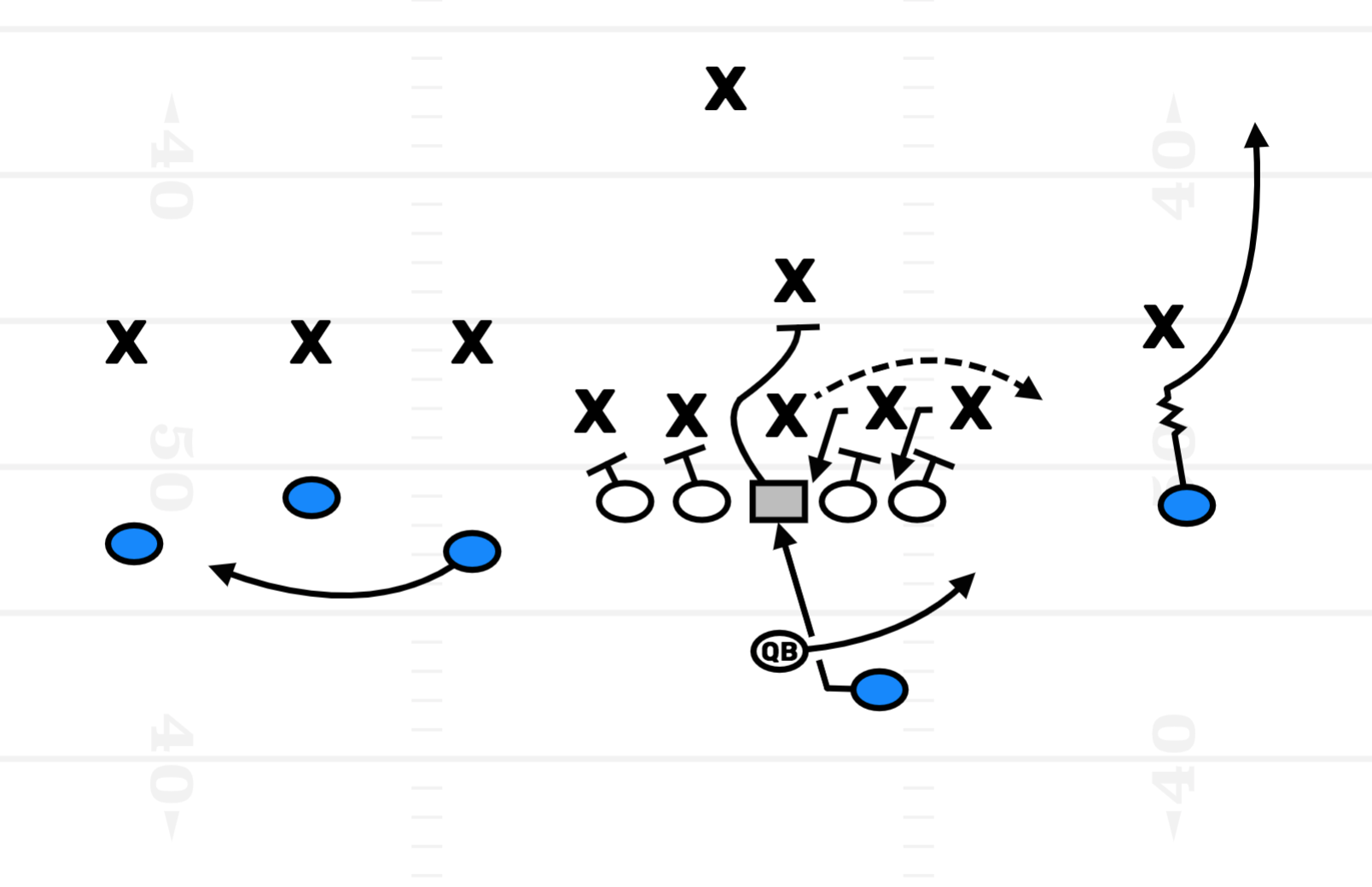 The RPO gives the quarterback a quick throw on the outside with the bubble screen if the defense does not account for the three receivers. The receiver on the quarterback’s right will run a 4 yard speed out to attack soft corners when overhang defenders line up in the box. The route converts to a fade against press coverage.

The video below shows the clip.

With an athletic quarterback that can gash defenses like Mitch Trubisky does in this clip, the quarterback keeping the ball on a zone read can cause second-level defenders to freeze and not pursue the running back as hard.

One variation off the zone read the Bears have called a few times (13 times through week 16) is the bluff adjustment. The play is diagrammed below. 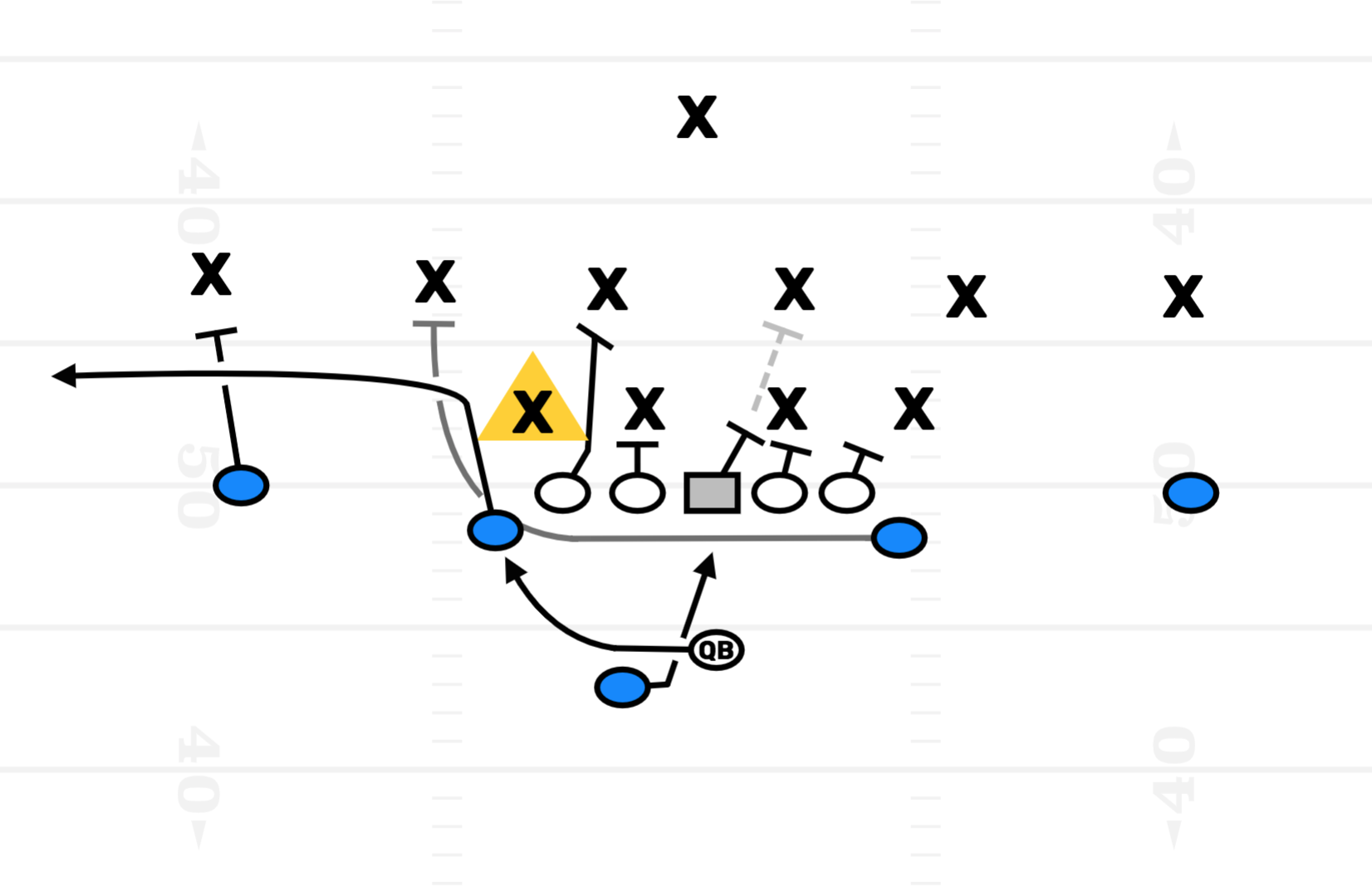 The play is a zone read with the tight end wrapping around for the overhang defender. This adjustment gives the offense an extra blocker for the quarterback if a keep is anticipated. The video below shows the play in action:

Even with Burton blocking air, the Bears pick up nine yards on the keep.

Nagy has quickly made a name for himself with his creative play-calling, but the Bears bread-and-butter plays remain the zone read and the many variations of it. The inside zone scheme allows a coach to be creative in utilizing personnel and stressing the defense. The Bears illustrate the versatility of this play.