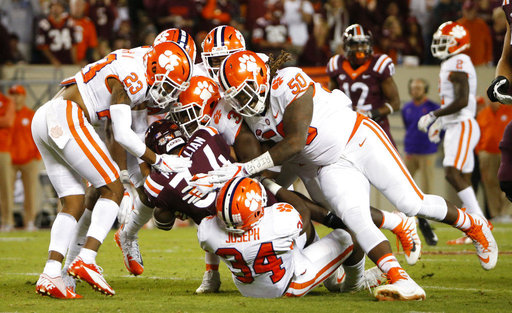 Defensive coordinator Brent Venables and his Clemson Tigers defense are fresh off their second national championship and Coach Venables is getting a ton of well-deserved positive press. Clemson’s defense finished first in allowed yards per rush, defensive efficiency and points allowed this season. They also ranked top five in the two most game-deciding statistics, red zone and third down defense. Venables does a great job disguising what he wants to run post-snap. Clemson almost always aligns in a 2-high structure, but rarely play “4” (quarters) or any of its variations. Typically, one of the safeties roll down into a flat or strong hook role, with Cover 3 principles. This meshes well with the newest defensive craze, “replacer” blitzes, where a defense blitzes a someone from the secondary or a linebacker, while often dropping a “hybrid” lineman into pass coverage and moving players post-snap to a responsibility they don’t normally have. Replacers stress offensive line protection scheme and communication, while maintaining seven coverage players and staying sound on the backend. One of Venables favorite “replacers” is to bring the field-side overhang and drop the boundary end as a “flat” player. Clemson did just that in the national championship against Alabama.

The Sam and free safety do a great job at holding their disguise late. Defensive linemen slant to the boundary, the tackle rushes to become the new contain rusher and the Jack buzzes as a weak-force player, picking up No. 4 out of the backfield. The boundary safety bails into a MOF thirds player and the free safety becomes the new field force/flat player, matching No. 2 against the flat route, while the Sam/nickel rushes off the edge in direct eye-line of the passer. When Tua sees the blitzer from the field, he processes it as a man blitz. This is where fundamental teaching supplements scheme. Corners in Cover 3 are taught to read the quarterback’s drop to defend quick game. As Tua drops and pulls the pin on a pass, the corner makes a great break on the release and turns it the other way for six. 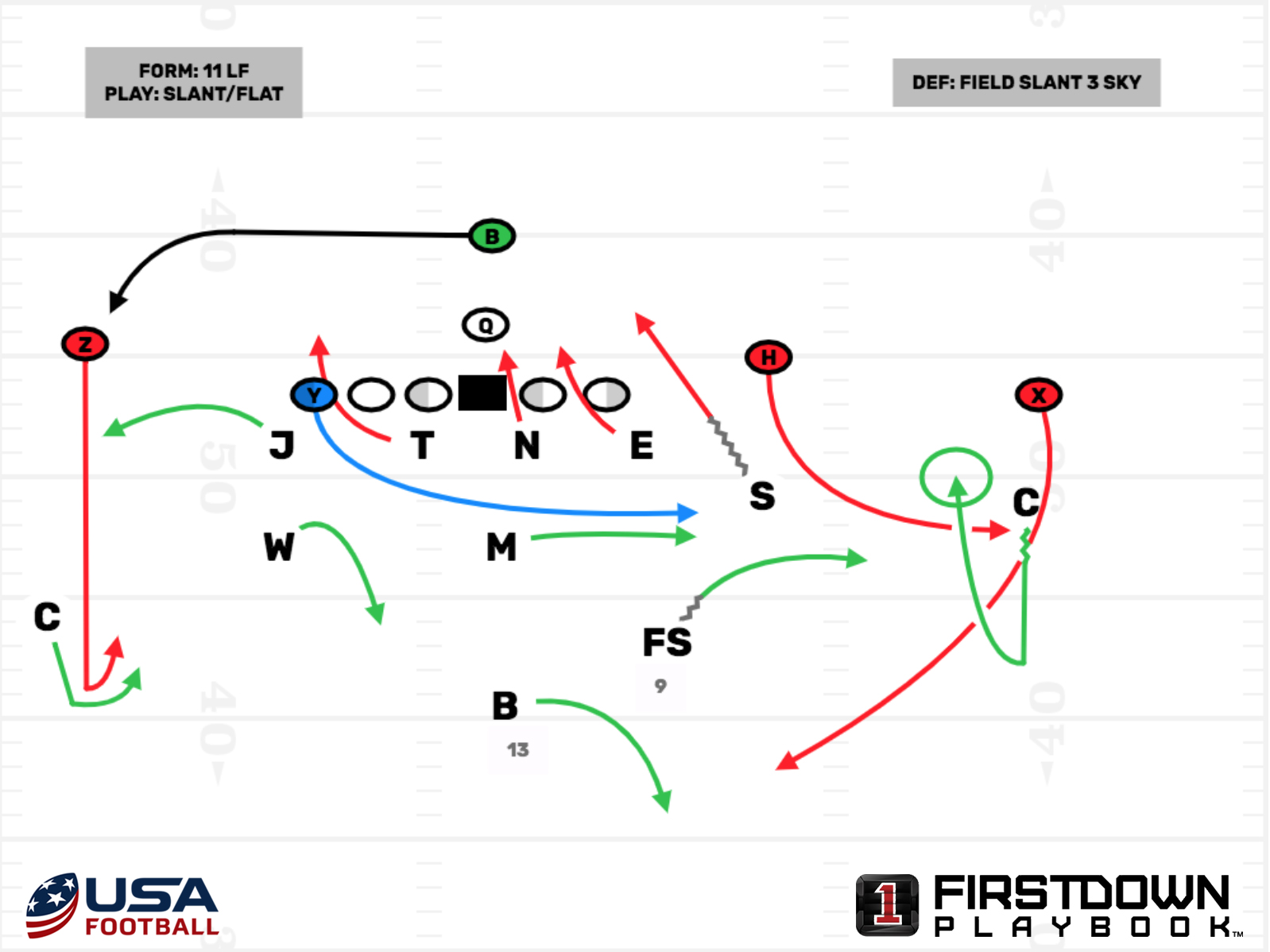 Facing a dynamic thrower and runner in Lamar Jackson against Louisville in 2017, Venables used a litany of replacers and pressures to force Jackson to stay in the pocket or persuade him to unknowingly step into pressure. They did a great job of mixing where their pressure schemes came from, causing Jackson to make poor decisions or attempt to use his legs often. On this play, Clemson blitzes the Mike linebacker through the open gap, but replaces his coverage duties with the field safety. Clemson calls this coverage “Buzz 3” because a linebacker (Sam) is the force player in Cover 3. The FS will fill into a strong hook player where the Mike vacated in the call, and the Boundary Safety will bail into the MOF thirds player. Venables uses a “switch” call to have the Jack stem into a 9-technique and drop for weak flat. 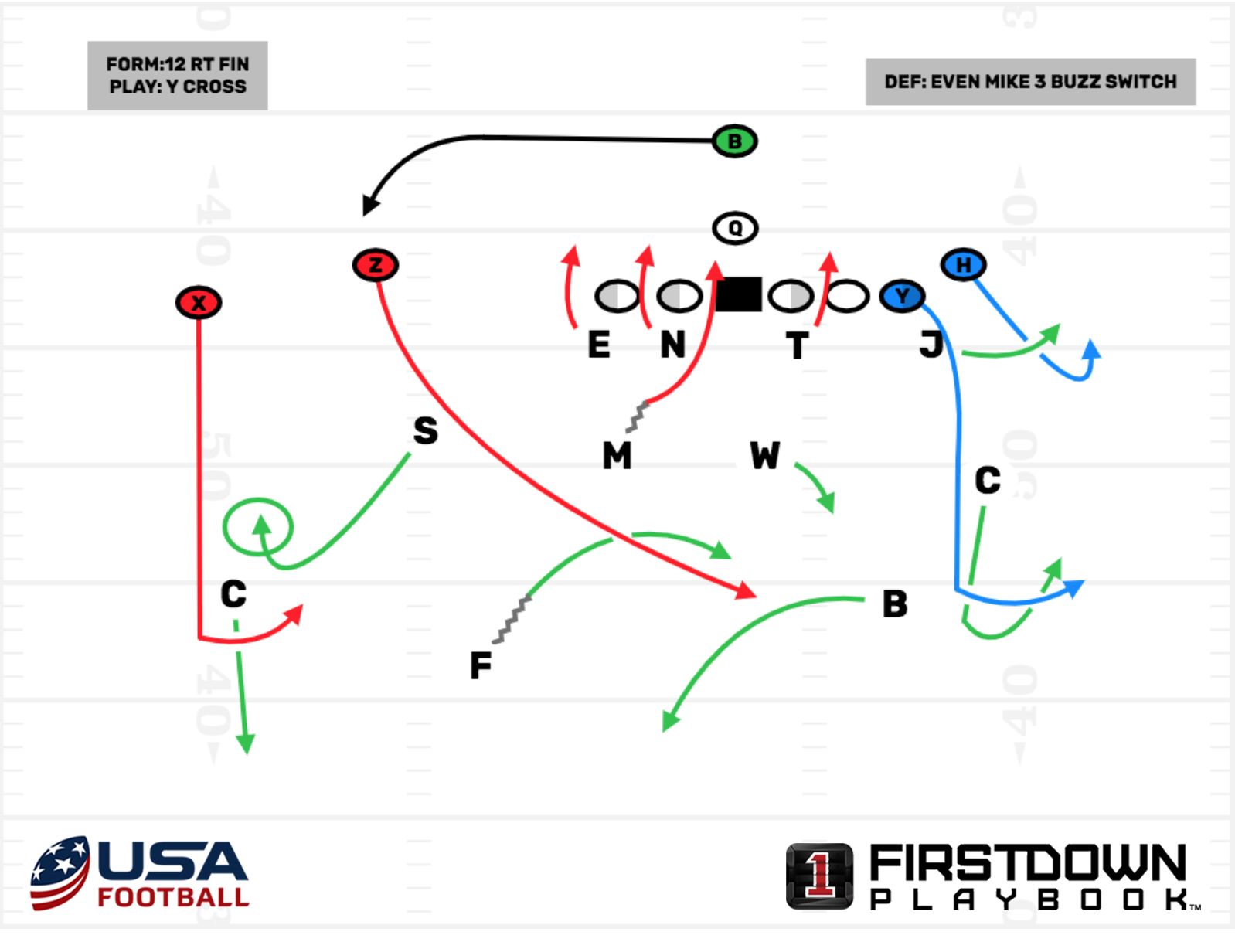 When the Mike blitzes in Jackson’s line of sight, it accelerates his clock. Jackson moves his eyes to the Sam and curl/flat concept immediately. The field safety steps into his pass coverage responsibilities and picks up No. 2 crossing into the boundary. The Jack collisions the Y on his way into the weak flat area, picking up the flat route. All the scheme in the world doesn’t matter if we don’t have great fundamentals and coaching. The Sam backer does a great job of covering the flat with his eyes (rally to the flat when the “pin is pulled”) and the curl with his body. Jackson feels time run out and is baited into throwing the curl pattern. The Sam backer sits on it and the ball is delivered right to him. Clemson uses another replacer to score on defense.

Another relatively safe blitz concept Clemson used in the Louisville game against Jackson brought the boundary corner off the edge and slanted the defensive line towards the field, known as “Crash.” Clemson can run a number of coverages behind this (Quarters, any trips Check, Cover 3). Against Louisville, they used a Cover 2 behind it. This can be a simply taught pressure that offensive line protections often fail to pick up because it’s not common that they see a corner blitz in high school football. One of the biggest keys is the corner disguising with press alignment, so that the blitz is difficult to identify pre-snap. 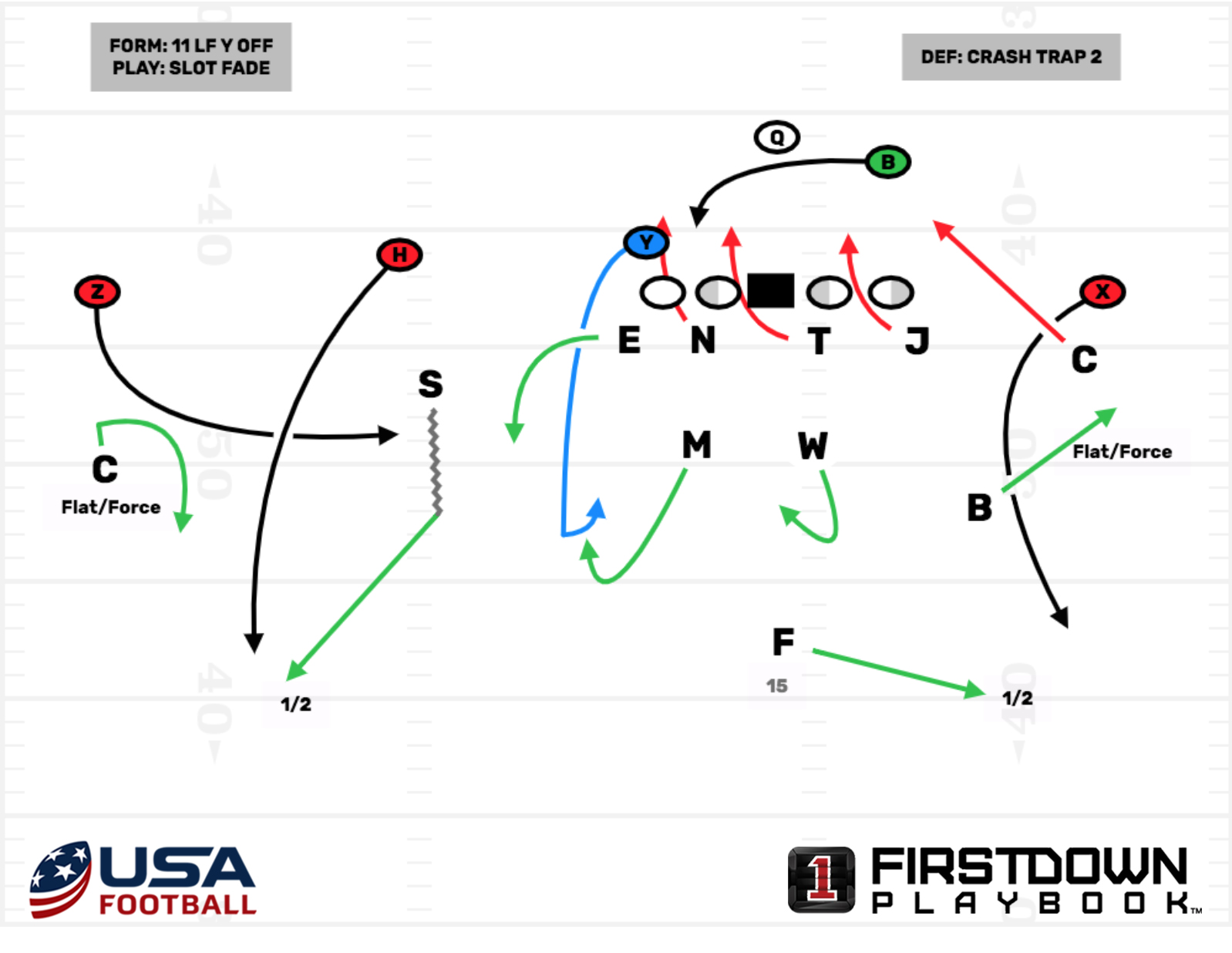 RELATED CONTENT: Learn how the Cincinnati Bearcats compliment the Inside Zone play

The boundary corner fires off the edge and the defensive linemen slant into the field. The Sam holds his disguise as late as he can and then begins to backpedal into his deep-half coverage. The defense could just as easily keep the field safety 10x2 inside of No. 2 and play quarters to the field while locking up the boundary safety on the X. This scheme is more suitable for a high school defense. Here the end drops  as the field hook player and the field corner squats as the flat/force player. The field safety bails into his halves from the hash. Jackson scans to the field, but as he moves toward the boundary and away from the pass rush, he sees the free rusher (corner) in his face. Jackson shakes the rusher and attempts a difficult throw across his body down the near sideline, leading to an incompletion. These are three different simple replacer blitzes Venables uses that keeps multiplicity within their structure and increases their effectiveness by creating pressure on the offense in the pass and run game.

This is Coach Cason, The Millennial Coach! Follow me @CoachCason1