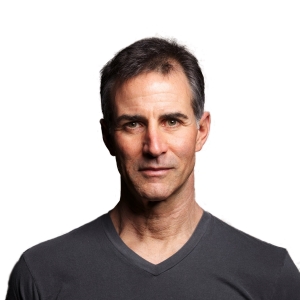 Growing up in a small town in Bayou LaFourche, Louisiana, fitness expert, motivational speaker, and author Vinnie Tortorich could never have predicted the path that his life would take and he certainly could not have expected football to have been the catalyst to take him there.

“Let me tell you, I have an amazing life now,” Tortorich said. “None of what I have achieved would have been possible without football.”

Tortorich took a rather unconventional road to the game of football. Growing up, he was diagnosed as being clinically deaf. His impairment caused him to develop a speech impediment that isolated him from his peers at the all-male Catholic school he attended from elementary school through middle school. In a roundabout way, it was then that his innate athletic ability was discovered.

“One of the high school coaches also coached at the middle school,” he said. “He saw me get into trouble one day and he saw how big I was and how I was handling myself. When I got home that day, the coach was there talking to my parents. That was the fateful day when I learned about football.”

While having no background in the sport at all, Tortorich took to the game like the proverbial duck to water. He would go on to be a star at Ascension Catholic High School in Donaldsonville, Louisiana. His aggression and sheer athleticism caught the attention of colleges across the deep south.

“I didn’t know I could run fast, I didn’t know I was a good athlete, but I turned out to be a natural at football,” he said. “I didn’t really understand the sport, but this game gave me an outlet for all the frustration that I had felt as a kid. The guys on the football team became my buddies and the football field gave me a place to belong.”

Tortorich decided to attend college at nearby Tulane University. It was while starring as a linebacker for the Green Wave that he his interest in personal fitness was cultivated. Though he had been interested in weightlifting at an early age – 8 years old was when he first started training – Tortorich truly found his calling.

“While I was at Tulane, we would have boosters and alumni would often come by the athletic facilities and a lot of the time when I was there I would help them out and show them how to properly use the equipment,” Tortorich said. “After a while, I started building a reputation and people started requesting me. The idea that I could actually make a living training people never crossed my mind.”

He would graduate Tulane and begin working as a strength and conditioning coach to help set up a weights and conditioning program at Isadore Newman School in New Orleans (the alma mater of Cooper, Peyton, and Eli Manning who would be “pupils” of Tortorich). Ultimately, Tortorich would head west and become renowned as a fitness trainer to the stars, counting Howie Mandel, Brad Garrett, and Michael Chiklis among his clientele.

“The things I have gone through in life football really helped prepare me for,” he explained. “For example I broke my leg and was in a body cast for eight weeks and I fought through that. I was diagnosed with leukemia and was told I might die and I worked through that. I believe football helped me through that stuff. Football prepared me to go through life and deal with things like that.”

Since beginning his career as a trainer, Tortorich has become a best-selling author (his memoir Fitness Confidential has even been optioned as a possible television show), a podcast host, a motivational speaker, and has started two businesses, Pure Vitamin Club and Pure Coffee Club. Despite all of his success, despite all of his ups and downs, he still holds on to the drive and need to succeed that he found in part through football.

“I still look at life the way I did when I was that 12 year old kid starting out in football and trying to prove myself to everyone,” he said. “You learn discipline from football and that discipline is something I use every day. I think it is safe to say that I would not have the life I have no without football.”