An efficient and effective way for defense to get practice reps 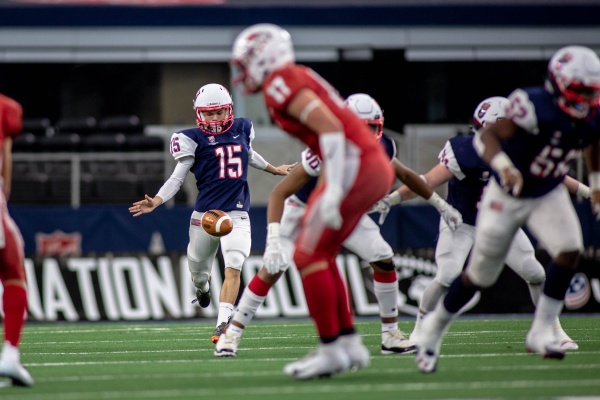 Finding the most efficient way to practice and effectively prepare players is something that coaches are always searching for. Head Coach of Missouri S&T Todd Drury has created a way to get his players the reps they need with a focus on the mental side of the game. To do this, he utilizes 10 trash cans and two sets of six scout team players.

As described on the Coach and Coordinator Podcast, Drury evolved his walkthrough into a period in which his players are able to get more reps while gaining the understanding of what the offense is trying to do in addition to their reaction and required decision making within their defensive calls.

The setup of the drill is simple. The diagram below shows two scout team players (skill only) and five trash cans spaced twenty yards apart facing each other. 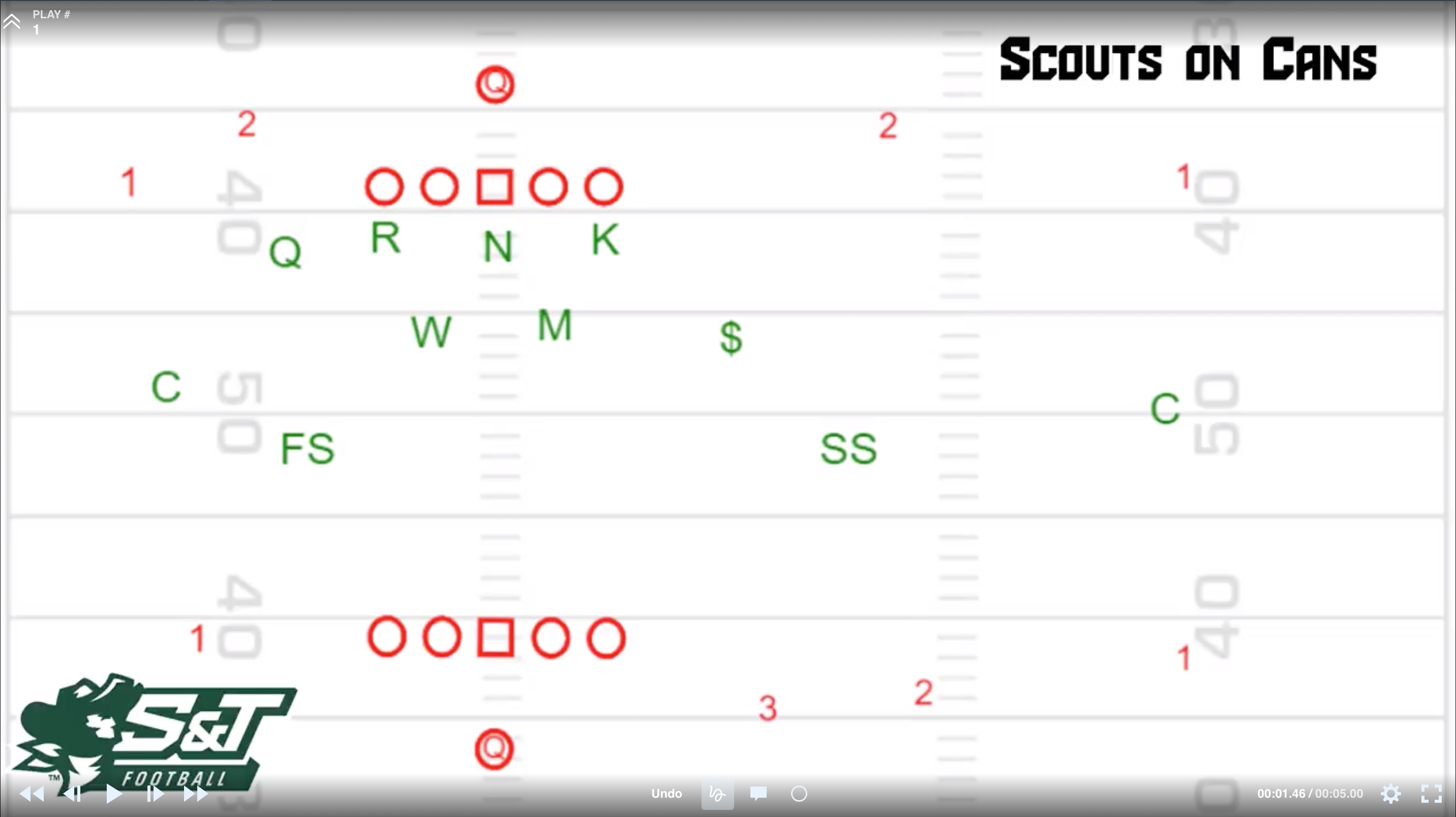 The scout team will get the play off the card and execute their play. The defense aligns and makes their calls. The defensive line steps to their gap responsibility or executes a stunt if called. The linebackers and secondary execute their assignments and react to the offense running their play. This is executed at about 75 percent speed.

After the rep, the defense turns around and aligns on the set of cans 20 yards away against the scout team that has already received their assignments and is ready to go. The defense must move quickly which simulates up-tempo offenses. The defense can then turn around and repeat the process, or the second team can be brought onto the field to execute their plays.

This is an efficient manner to get the reps and recognition that a defense needs. While the focus is not on the physical, proper footwork, hand placement, fits, and eye discipline is emphasized.

The video shows how this period works for the players. The setup is very efficient and Drury believes these periods are instrumental in helping his team succeed on game day. Drury believes that the physical portions of practice are handled in individual, group and other team periods, but the extra reps provided by this format give his players a mental edge that translates to successful performance on game day.