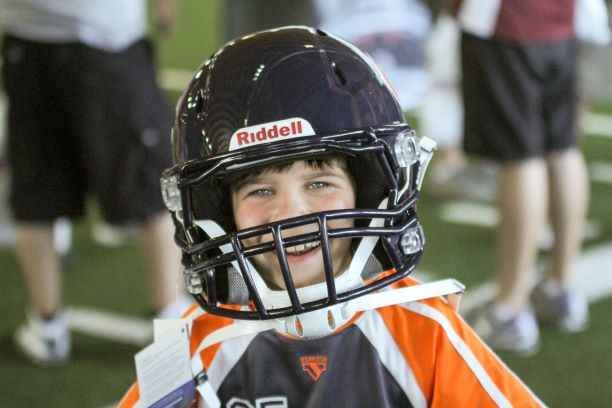 Kids will be kids. At least that’s how the saying goes.

I learned the hard way that this holds true even when your kid is in the middle of a season-ending tournament.

This past weekend, with four soccer games spread over two days and a 1-1 record walking off the field on Saturday, my son went home and injured his pinky finger practicing his slam dunks with a friend on a short hoop in our driveway. Ironically, it was right after I forced him to get off Fortnite and head outside to play.

Normally a jammed finger wouldn’t necessarily affect playing time on the soccer pitch. However, my son is the team’s goalie, and couldn’t get his glove on due to the swelling, let alone catch the ball.

I was angry at first and then recalled a situation my senior year in high school when I injured my hip playing a pickup game in the middle of the varsity season.

RELATED CONTENT: Prioritizing activities during a busy time of year

That “horsing around” injury cost me five games. My son’s didn’t cost him any since he moved to the striker position and the backup goalie stepped up and recorded two shutouts on the final day of the tournament.

The lesson here was simple: Injuries (or illness) can happen at any time and for a variety of reasons. We can’t tell our children not to play because, after all, they are kids.

My son was lucky to still be able to play and contribute to the team, and thankfully his replacement in goal had his two best performances of the season. But it could have turned out differently and there’s nothing we could have done about it.

As parents, we always want to protect our children from injury and illness. It’s just not always possible, and that includes in the middle of a big tournament.

After all, kids will be kids. Just like we were too.