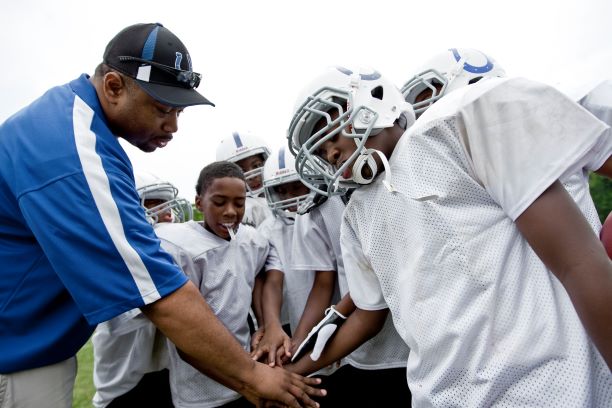 With college football and the NFL celebrating their 150th and 100th anniversaries, respectively, we’re reminded of the innovation and forward-thinking that have moved the game forward. What is being taught and played today is 21st century football and coaching education is at the heart of the sport’s advancements.

A member of the U.S. Olympic Committee and the sport’s national governing body, USA Football believes no coach should walk on a field without being certified.

Since 2012, more than 600,000 coaches have been certified through USA Football. For the first time ever, more than 10,000 high schools and youth leagues combined enrolled in Heads Up Football in consecutive years (2017-18). A record-high nine of the country’s 10 largest school districts – and 16 of the 20 largest – enrolled in Heads Up Football in 2018, including the three largest: New York City, Los Angeles and Chicago.

Heads Up Football has earned the support of three of the largest U.S.-based sports medicine organizations: the American College of Sports Medicine, the American Medical Society for Sports Medicine and the National Athletic Trainers' Association. Combined, these three organizations comprise more than 50,000 members across 90 countries spanning 70 occupations within sports medicine.

These programs have benefitted from Heads Up Football’s coach certification feature that trains coaches in foundational techniques and safety protocols for smarter play.

“The USA Football Coach Certification has raised the level of education of coaches, and if everyone has been trained on the same thing, then everyone has a universal language to pass on to the players and parents,” said Ray Turpin, commissioner of Niagara Erie Youth Sports Association.

In addition to coaches, players, and parents, youth football commissioners know that safety must always come first. For commissioners, enrolling in Heads Up Football and having their coaches instructed by USA Football Master Trainers goes a long way toward showing that youth football is being taught the right way and that parents feel confident about the league.

“It (coach certification) sets us apart from other leagues and shows we are on the forefront of youth sports,” said Jeff Glenn, commissioner of Jeffco Youth Football Association. “Parents like knowing their coach is held to a different standard.”

Heads Up Football’s Coach Certification applies content featuring football experts and health professionals. It is available for middle school and high school coaches through NFHSLearn.com and for youth coaches at usafootball.com/certification.