Safeguard Your Belongings at Games & Practices 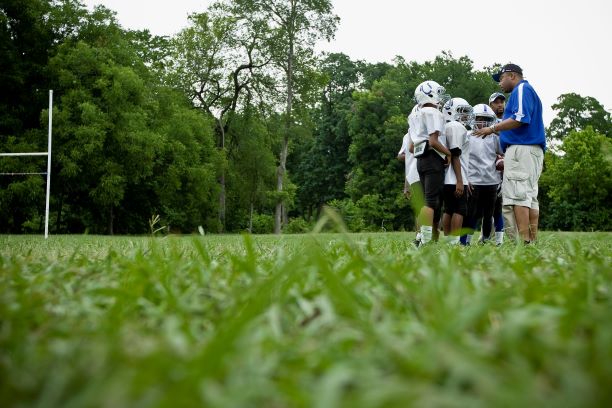 To bring up an earlier point, youth football practices should not be treated as day care and parents should be at practices to pay attention to their athletes, especially if an injury occurs.  But it’s also important for parents, including the coaches, to be extra attentive at practices as well as games so that personal belongs of the players and coaches are looked after during play.

I bring this up because there was a reported incident over the weekend at an arena football game. Personal items of players and coaches were stolen from the visiting team locker room during the first half and the game was halted at halftime.  Nobody at any level of sports, or in life, should have to worry about something like this.

When it comes to youth football, there’s generally always a good number of adults that are at practices and games anyway, but there should be attention paid to personal belongings.  You should always be on the lookout for those who should not be on the sidelines and are roaming around.  In the stands, spectators including family and friends should never leave personal items unattended.  There should always be someone around to keep on an eye on your things if you need to go to the concession stands or restrooms.

For the players, while they need to focus on the game or practice, there are times when they bring personal belongings like cell phones and other devices to play music before games.  When practice or games start, they should be put away and stored in a safe place or given back to parents.  Maybe teams should ask for a parent volunteer to help the coaches on the field by just taking care of those kids who are not in the game, and keep an eye on everyone’s belongings.

What happened over the weekend was unfortunate but lessons have been learned and people just need to be careful at games and practices.