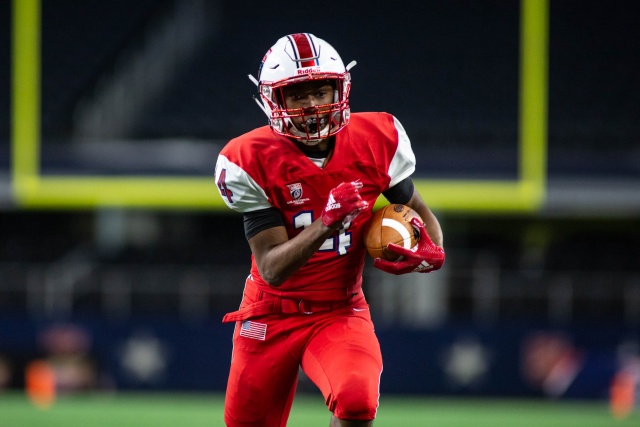 Simplicity within an offense can streamline the entire process and increase its effectiveness. When I use the term “simplify,” the misconception is that I am stating you need to run less plays or fewer play concepts. Simplicity doesn’t mean run less things. Rather, it means to streamline your thought process. This article will outline some helpful tools that’ll help allow you to run everything you want, while remaining simple in your teaching methods and terminology.

Reps get spread thinner and faster than you think. It is extremely easy to run out of time to rep things in practice and in games. As an offensive coordinator, it is important you balance all-purpose calls that can be carries week-to-week and play calls specific to opponents and situations. I have found that typically doing less gets you more. When reviewing critical situations from the previous season, my guess is you will find that all critical snaps that you were successful in were base calls installed early in camp. The reason is that those are the things you believe in as a coach, put reps into and are comfortable with as a play-caller.

We all operate with a finite set of snaps. Be realistic. If your offensive goal is to be 50/50 between run and pass, there will be some harsh realities you will have to face. Let’s assume your offense will run around 72 plays per game (a fairly common amount). That means you only have 36 runs and 36 passes to call in an entire game. That is only 18 total plays per quarter. Every single one of those snaps is being influenced by:
∙ Down
∙ Distance
∙ Field position
∙ Score
∙ Time
∙ Personnel
∙ Defensive alignment

It is important to build the offense around all-purpose play calls. You want a foundation of typical and common play series that are adjusted for game situations and occurrences. Use means and medians from the previous season and your own tendencies as a play caller.

One staple I use to help consolidate my train of thought is SFS (shorter, faster and simpler). If the players’ heads are moving, their feet are not. I want things to be made shorter, faster and simpler for players and coaches. Teaching things conceptually will allow you to apply this method to the following areas:
∙ Offensive terminology
∙ Play families
∙ Coaching points
∙ Rules and assignments
∙ Defensive recognition

When consolidating and simplifying offensive terms, you are inevitably left with the simplicity paradox. How do you appear complex to defenses while remaining simple to your players? That is a constant battle that you must be aware of. One way is to show many looks and run few play concepts. If you can carry variance within play concept, that will get you more mileage from a series or concept than you originally thought.

By consolidating and simplifying your calls, your football team will be more streamlined and effective. Using a system, as opposed to a collection of plays, is always beneficial. This will allow you to have more carryover from week-to-week. Defensive fronts, coverage recognition, in-game adjustments and play versatility will all be improved. Simplify doesn’t mean “do less,” it just means make the players memorize less, while letting them learn more.