Athletes should appreciate their coaches for 'Igniting the Fire' 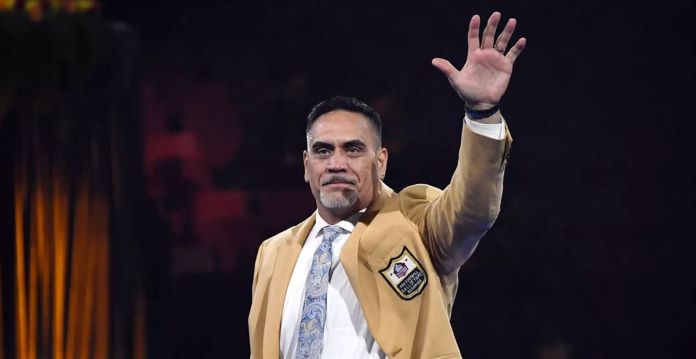 I already had several reasons to watch Kevin Mawae’s Pro Football Hall of Fame induction speech on Saturday night.  After all, I cheered in my seats at the Meadowlands for the former Jets center and then had the privilege of getting to know him when I started covering the team in 2002.  Thankfully, I’ve been able to stay in touch with him through the years and he appreciates the fact that my son plays center.

So needless to say, this was a special speech to watch and the words he delivered were emotional and powerful, especially when he started thanking all of his coaches to include his first youth football coach when he was eight years old while living and playing in Germany.

“Head coach Fred Moses ignited a fire in me that began the journey of a lifetime,” said Mawae during his speech.   “At such an early age, I learned form Coach Moses how to love of the game of football and how to respect the game.  Coach Moses’ rule was never to come through the gates without your cleats on and your attitude right.”

That portion of the speech really resonated with me for obvious reasons.  My son has been playing football for a while and each of his coaches has had an influence on him. A football coach can have a huge impact on a child, both good and bad, and it’s important for a young player to take what they learn on the football field and apply to his or her experiences going forward.

Kevin Mawae talked about the fact that his first coach “ignited a fire” in him and I believe that all of my son’s coaches have done that with him and not always for a positive reason. But a child should always remember and be thankful of a youth football coach, regardless of how things may have been at that time. One of my son’s coaches even inspired him to play his current Center position.

Talk about igniting a fire!

Players learn football and life lessons from each and every youth football coach they’ll have from peanut to pee-wee to midget to middle school to the coaches they’ll play for in high school and beyond. Players are appreciative of everything they learn and experience from them and that’s really important.

It was really neat to hear Kevin Mawae’s words on Saturday night and think about how my son already has similar feelings about his youth football coaches.  Not every experience his going to positive at that time, but a child must harness all of those feelings and keep using them to ignite the fire.