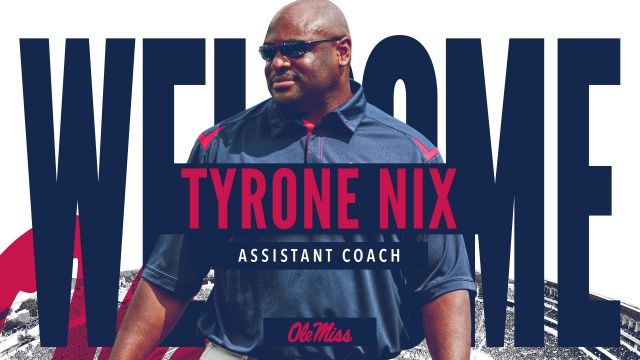 On today’s episode of the Coach and Coordinator podcast, host Keith Grabowski talks with Tyrone Nix, outside linebackers coach at Ole Miss. A 24-year coaching veteran, Nix has coached every positional group on the defensive side of the ball. Nix is in his second stint at Ole Miss but previously served as their defensive coordinator from 2008-2011. Prior to this season, Nix served as the safeties coach at Virginia Tech for one year, a defensive analyst at Texas A&M for one year and the defensive coordinator at Middle Tennessee State from 2012-2016. Nix joins the podcast today for part of the “Training Camp” series to talk about how he handles his linebacker group during camp.

7:02 Going against his brother, who is also a coach on staff

9:08 Opening message in camp to his LBs

11:09 Pointing out positives during camp

14:36 Coaching discipline and taking players out of conflict situations

16:44 Keeping the best athletes on the field

20:02 Teaching and coaching physicality of the LB position