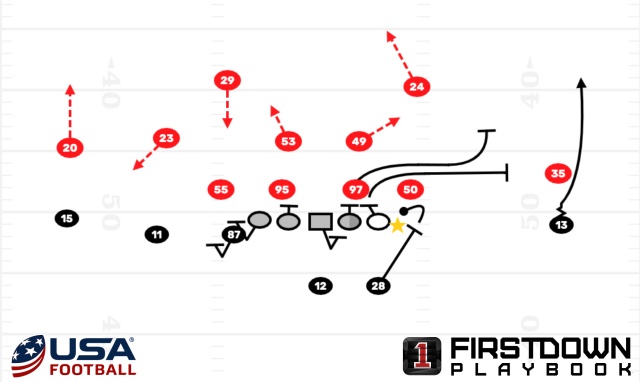 The idea of the middle eight was first introduced by Michael Lombardi via Bill Belichick. Lombardi says, “Belichick actually built an entire game-management theory around this simple realization. If the Patriots could manage a drive at the end of the second quarter, that would keep the opposing offense off the field for almost an hour of real time. For a guy like Manning, that’s an eternity. No offense, no points. No plays, no rhythm. When Manning does finally get back in the game, he and his offense have lost their edge.” 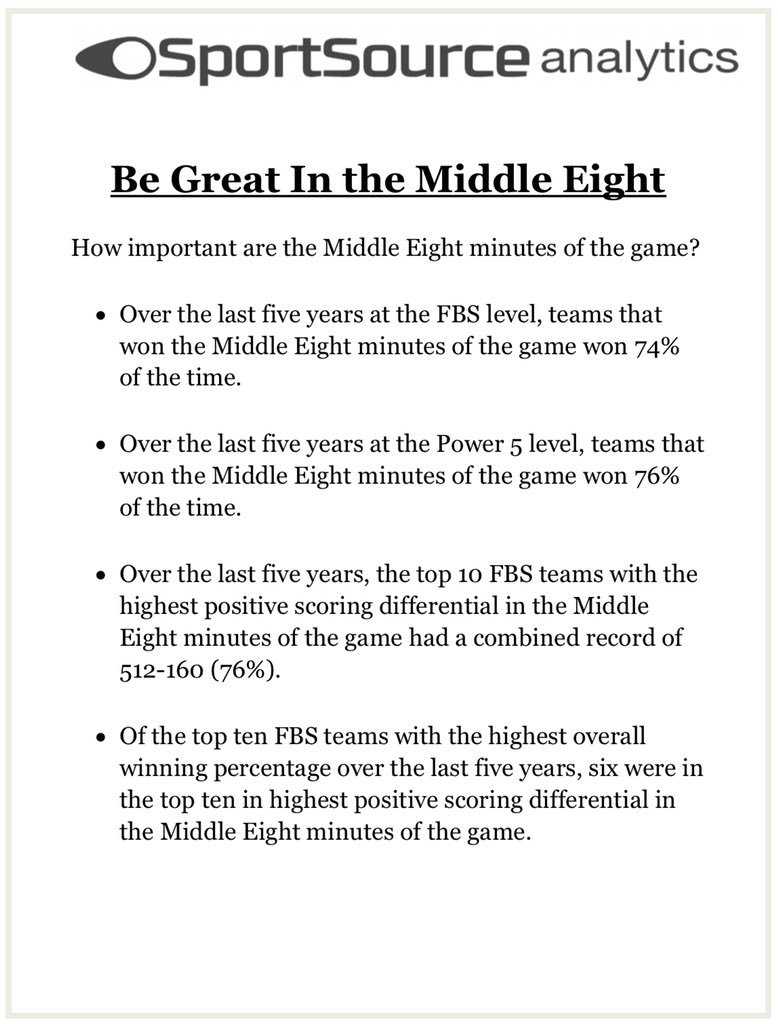 Change the name in the quote from Manning to Mahomes and that riddle played out in the AFC Championship Game this past winter in Kansas City.

The Kansas City Chiefs, with around 3:30 left in the first half, punted the ball back to the New England Patriots, pinning them down on their own 10-yard line. The Patriots – leading 7-0 – had to manage the last 3:08 as if their season depended on it. Because it did.

Both teams had three timeouts remaining, and New England was backed up on their own 10-yard line.

They had to find a way to milk the clock, force Kansas City to use their time outs and maybe get points themselves.

So, with 3:08 remaining in the first half New England starts the drive with a run play.

The Patriots run a simple lead play that to get the clock running. A simple, quick hitting play that would not result in yards lost and allow New England to run the clock down to around the 2:30 mark before their next snap. 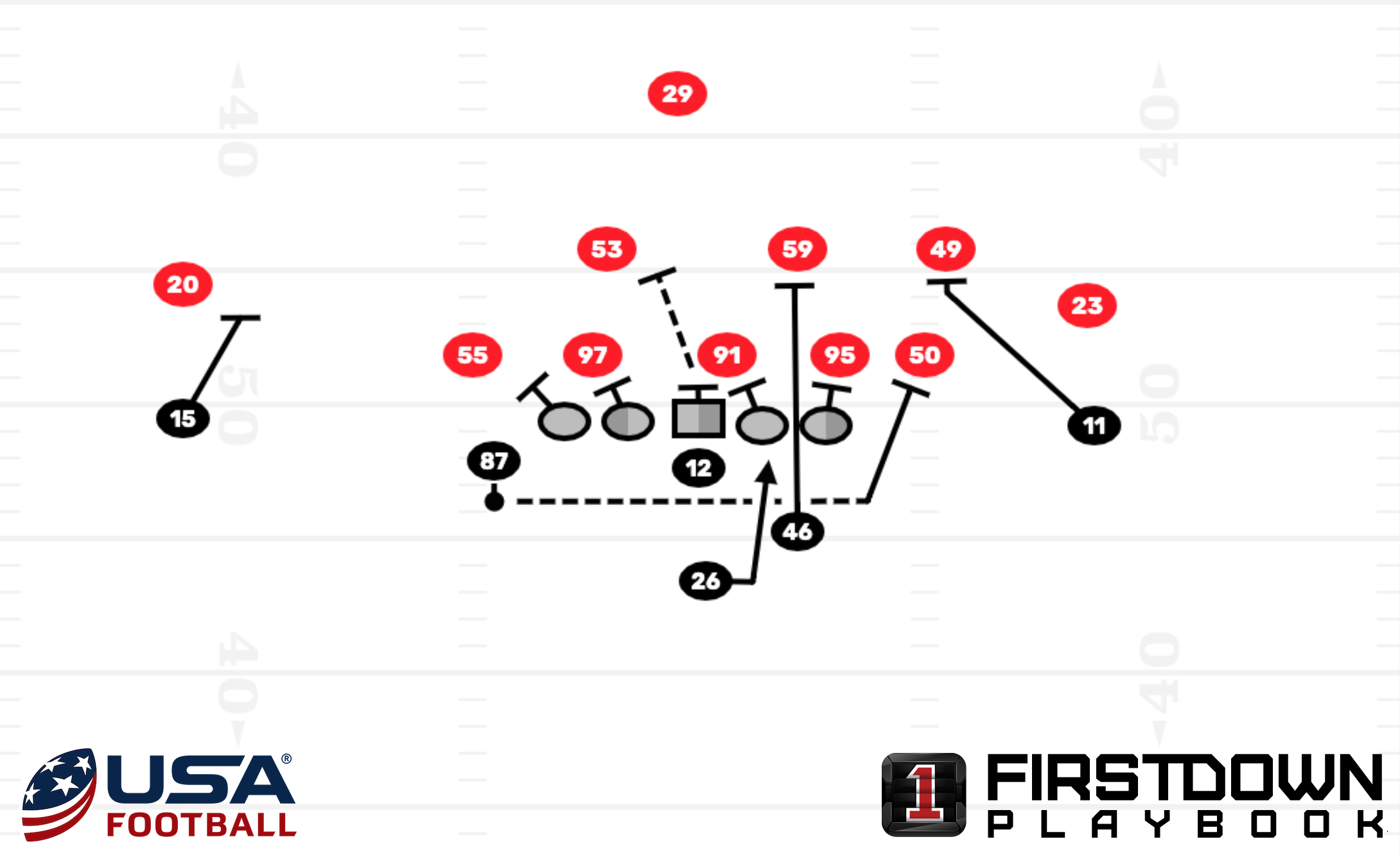 After gaining two yards on the first play, New England changes personnel and comes out in 11 personnel. Kansas City matches with their 2-4-5 defense. The kicker to this is the Patriots third wide receiver, Cordarrelle Patterson, is a hybrid player. He can be a ball carrier, a blocker or a receiver. This gives defenses a tough decision when matching up.

New England comes right back out against the 2-4-5 defense and runs wide zone weak. They snap the ball with 13 seconds left on the play clock, showing they are neither in a hurry nor trying to really kill the clock. 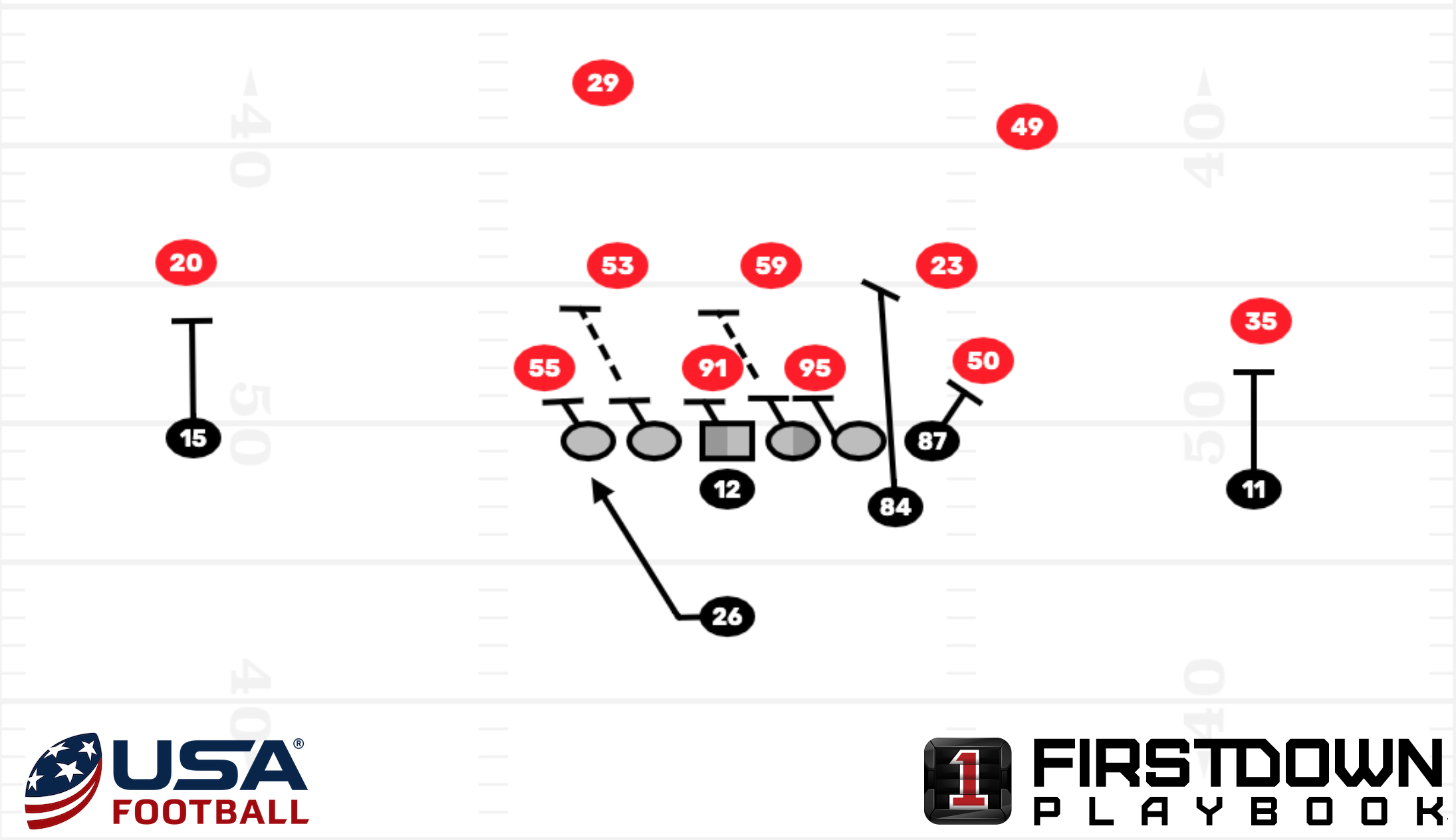 New England picks up nine on the play, resulting in a first down. This allows New England to run the clock all the way down to the two-minute warning.

After the Patriots come back out from the two-minute warning, they have a 1st and 10 waiting on them from their own 21-yard line. The goal is to still keep Mahomes and the Chiefs offense off of the field.

New England hops back into heavier personnel – 22 personnel to be exact. This prompts Kansas City to get back into their base 3-4 defense. The Patriots start with another run to keep the clock running. 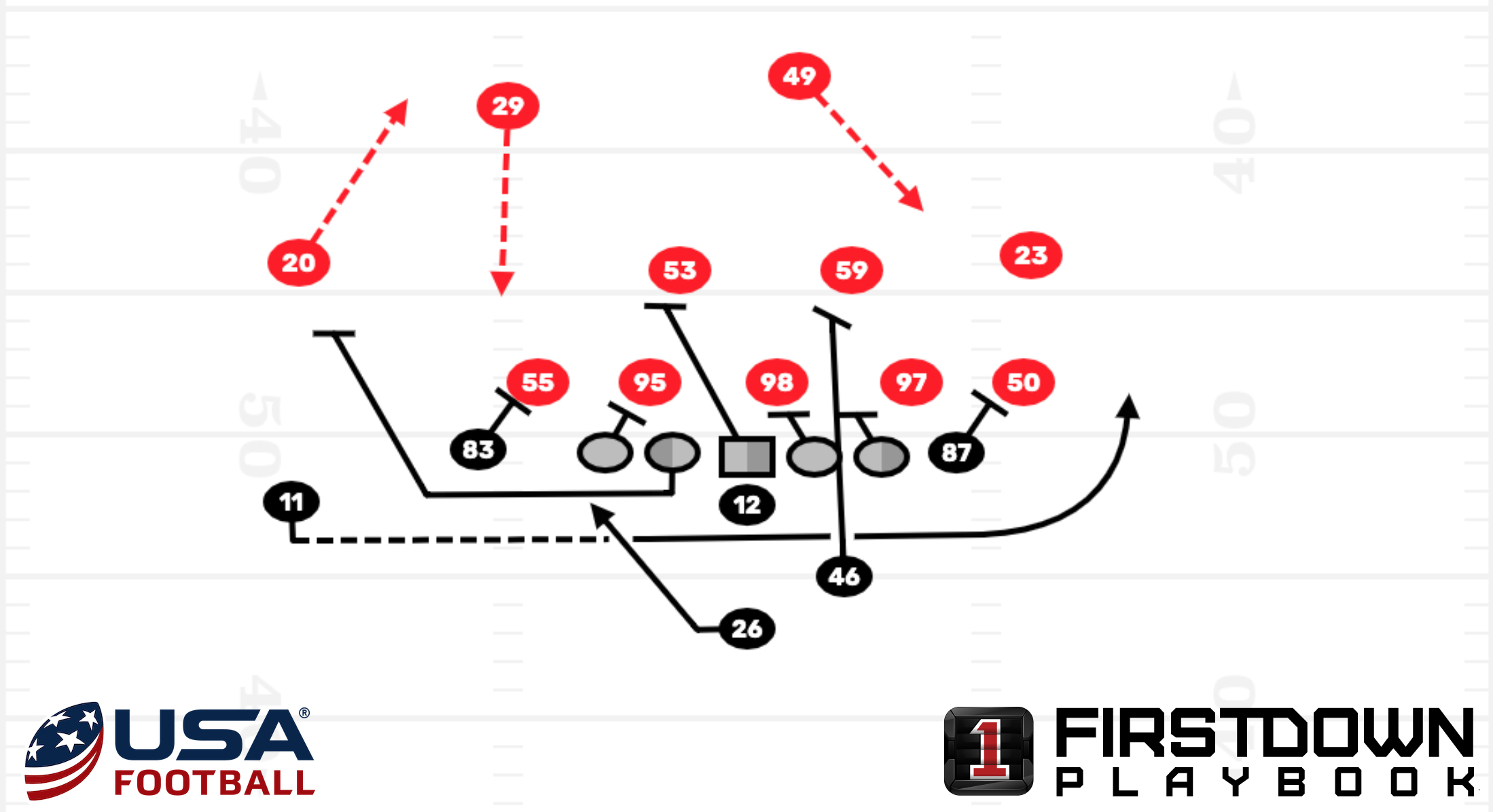 Seeing a lot of man coverage from Kansas City’s defense, the Patriots elect to go with a half back toss with the guard pulling out in front for the force player. They dress this up with a fake jet sweep. Instead of No. 20 running with the jet motion, they slingshot it and keep No. 20 on the left side of the offense with the free safety No. 49 rolling down to play the jet sweep. The Patriots didn’t expect this, and it allowed the Chiefs to gain an extra hat on the play as the safety (No. 29) was unblocked. The play only nets a 1-yard gain.

The play doesn’t net the yardage that New England was looking for, but it accomplished the goal of keeping the clock ticking.

The Chiefs respond once again with their base 3-4 personnel. 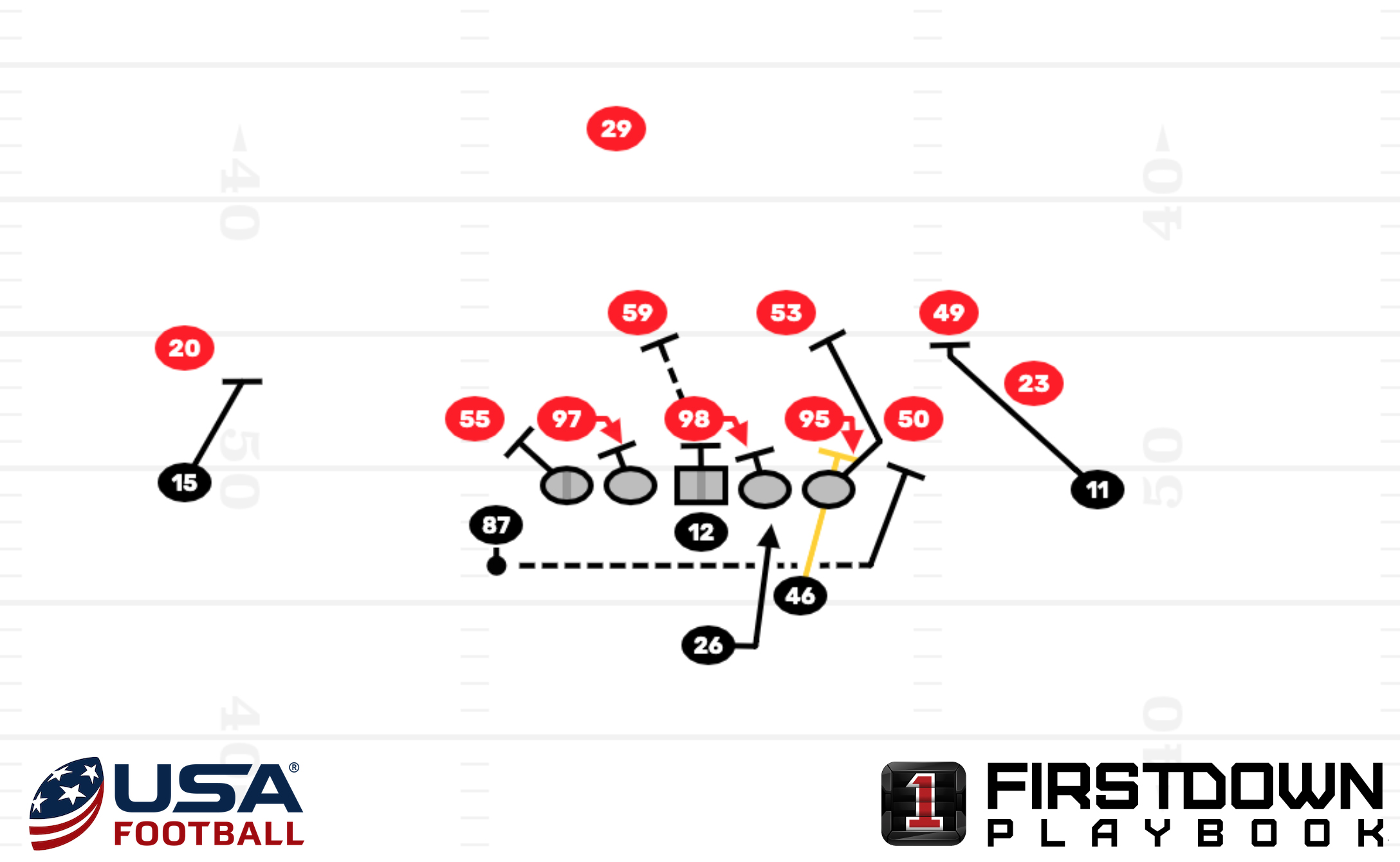 Now if you have been paying attention – or studying the game as whole – you would have noticed that Kansas City likes to be in an under front against New England’s 21 personnel. After Gronk motions across the formation, instead of shifting the defensive line, they stunt to an under front after the snap of the ball.

The Patriots are running their “wham” concept here. The full back (No. 46) is responsible for whamming the first down lineman in the B-gap back towards the center. New England is looking to crease the defense here and pick up a nice chunk of yardage, making the looming third down more convertible. 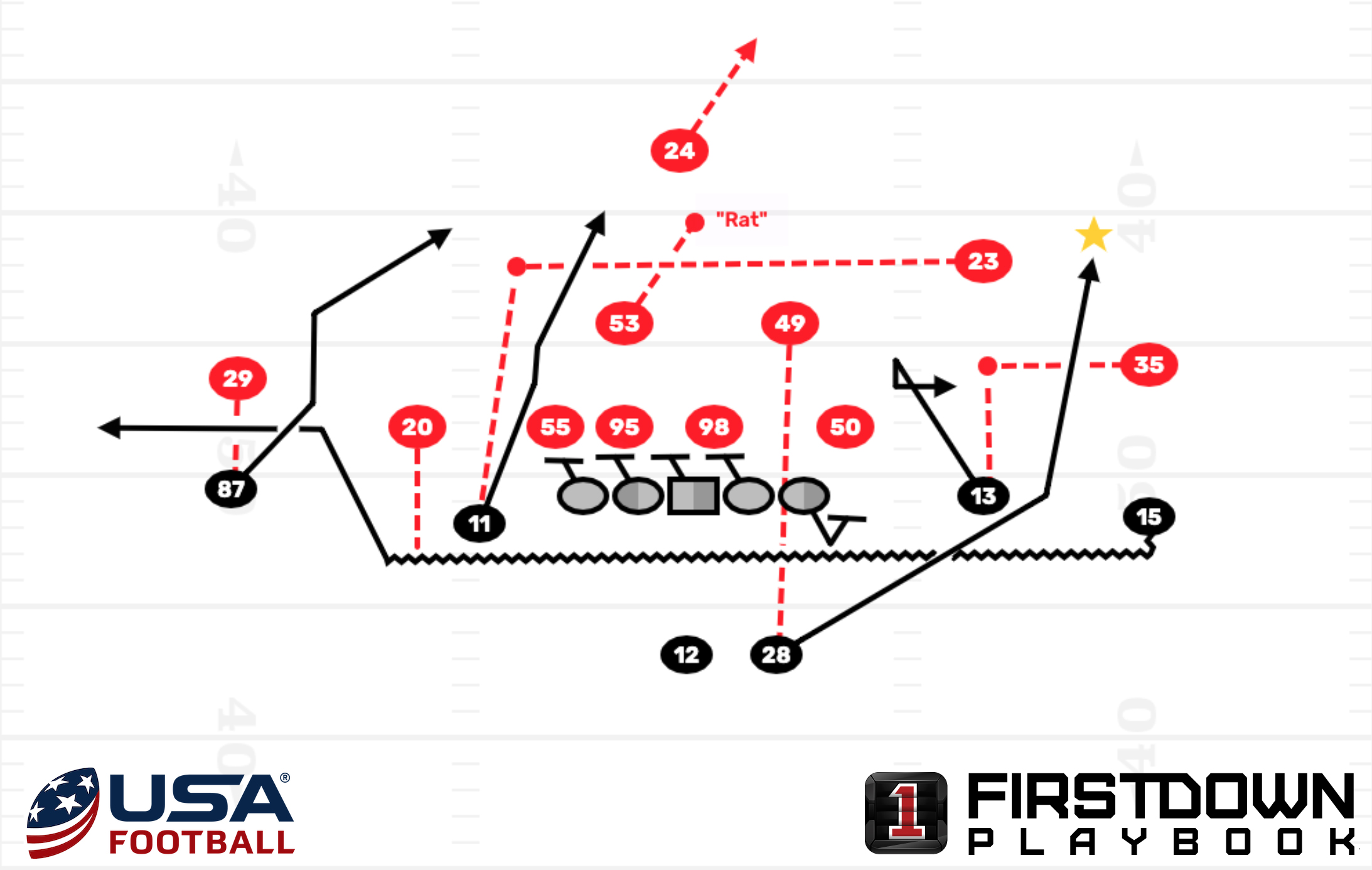 This prompts Brady to go back to his man coverage beater on the weak side. To the weak side New England is running a “Reel” concept. This stands for return-wheel. The No. 1 wide receiver, which is in a minus split, runs the return route. The running back in the backfield is running a wheel route.

The return route runner is to “pick” or “rub” the man covering the running back. This gives the offense an easy and open throw to the wheel route on 3rd and 4.

New England completes the wheel route and picks up the first down.

Up to this point in the drive, the Patriots main objective was to not allow the Chiefs to get the ball back with time to score. Now that they have moved into the open field and have a 1st and 10, they are looking to score. With one minute left in the half, the Patriots go to their no huddle/hurry up offense.

This is where the math comes in. To figure how many yards per play the Patriots need to score, do the following:

With one minute remaining, the Patriots go to their hurry up offense in a simple trips set to the offenses left.

New England calls a running back screen, a smart play call with low risk that keeps the clock moving. 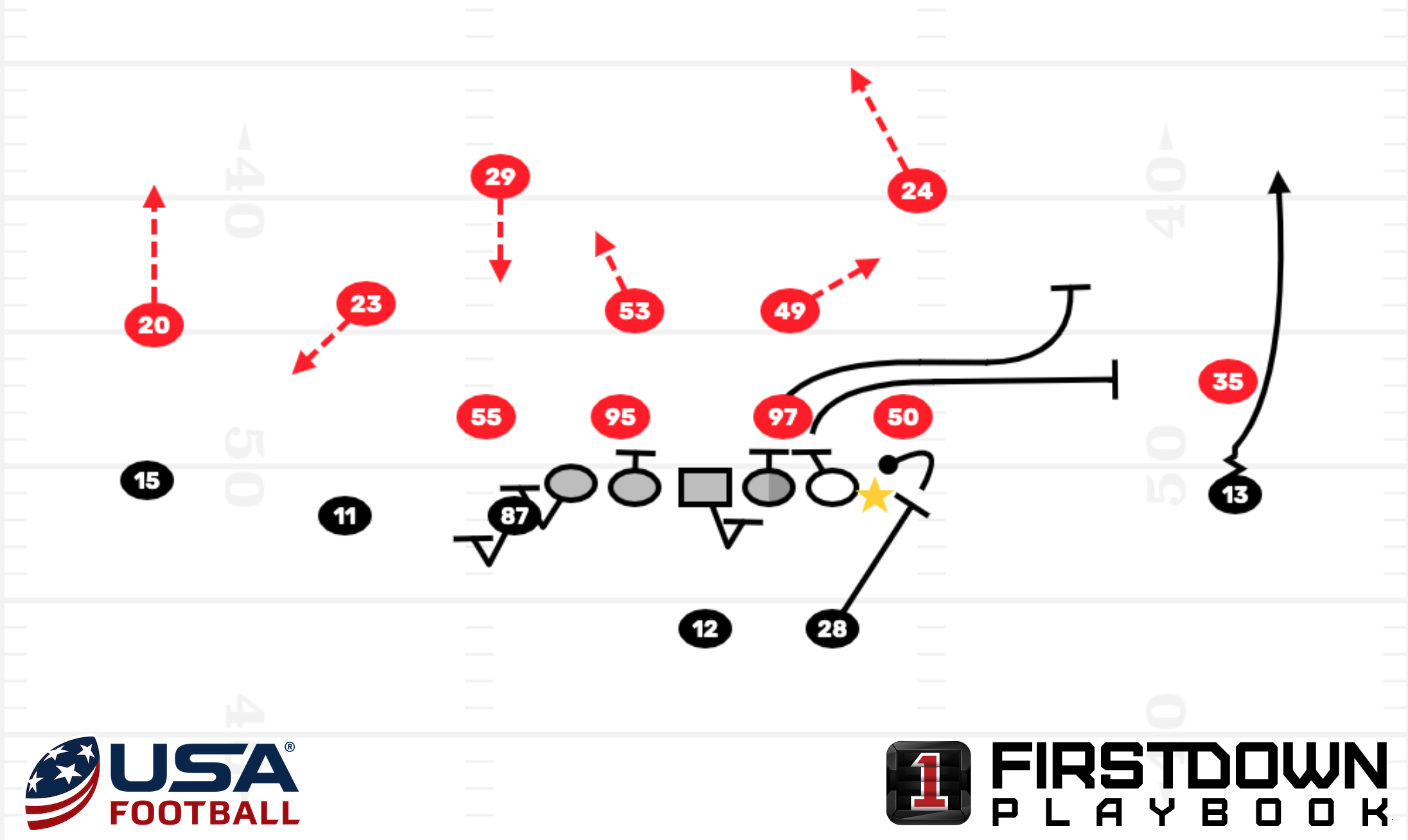 This leaves one defender weak to defend the screen.

Not only was the play call smart, the play design was even better.

The running back starts the play by faking a chip on the defensive end. This enables the defensive end to jump inside and beat the tackle inside like the offense wants. Now the offense is releasing the on-side guard and center to kick out the force player and run the alley.

After completing the screen and picking up 30 yards, the Patriots call a timeout.

Now the Patriots are down to the Chiefs 38-yard line with 41 seconds remaining. According to the math earlier, the Patriots have roughly five plays to score a touchdown and need an average of 8 yards per play.

The Patriots come out in another trips look to the offense’s right. This time the Chiefs are getting anxious to force a negative play to get the Patriots out of field goal range. 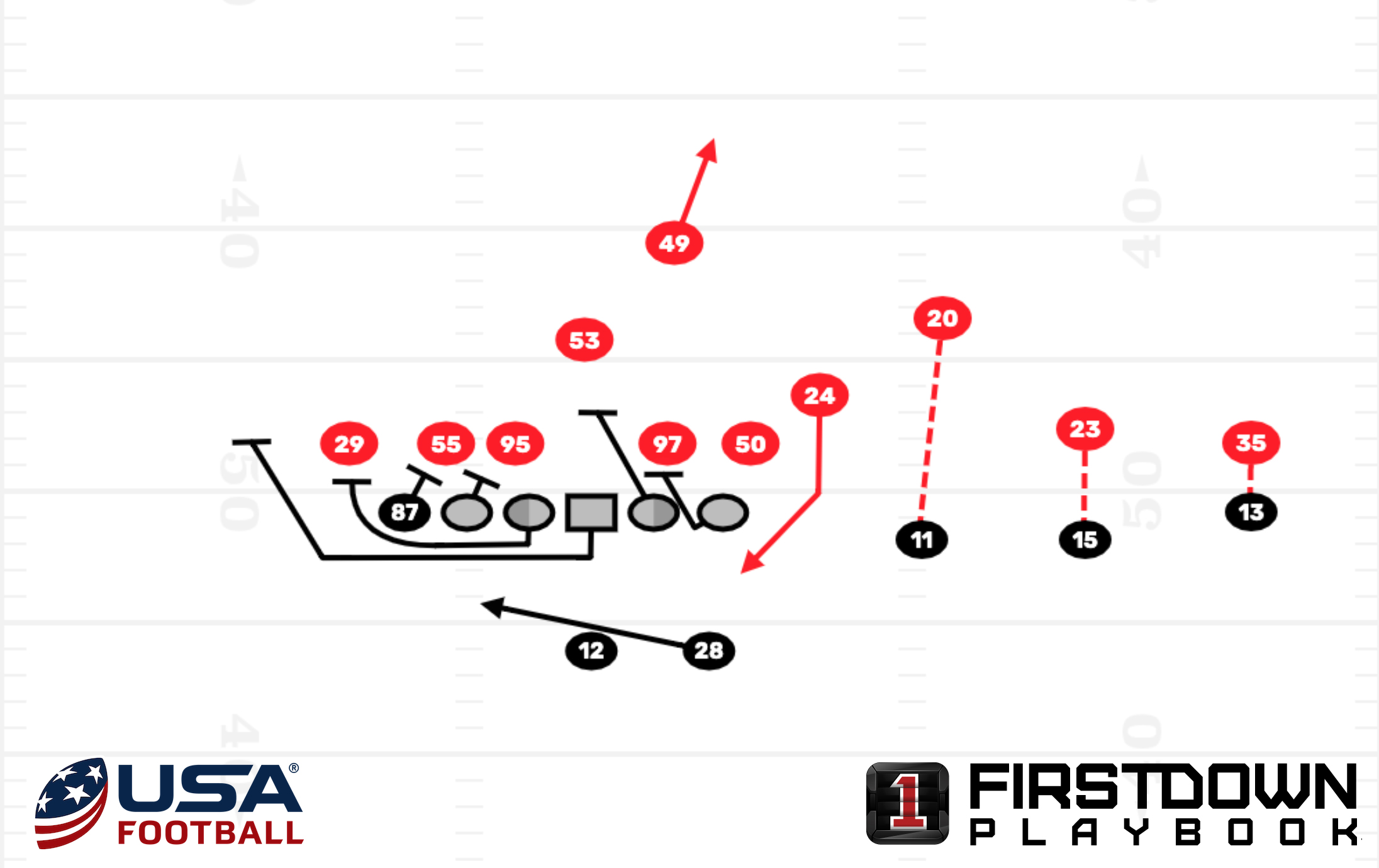 The Chiefs bring a blitz from the right. Brady recognizes it pre-snap and audibles to a run to the offense’s left.

The Patriots runs a pin-and-pull concept to pick up 9 yards. New England immediately calls a timeout.

This now puts the Patriots numbers at three plays to score a touchdown and an average of 10-yards per play to do so. The Patriots motion to a stack look on the offense’s left and run a double move concept. This stack forces Kansas City to make an adjustment to the stack on the fly. They check to an “in-and-out,” meaning the two defenders play with outside and inside leverage on the defenders and take the first defender out, and the first defender in. 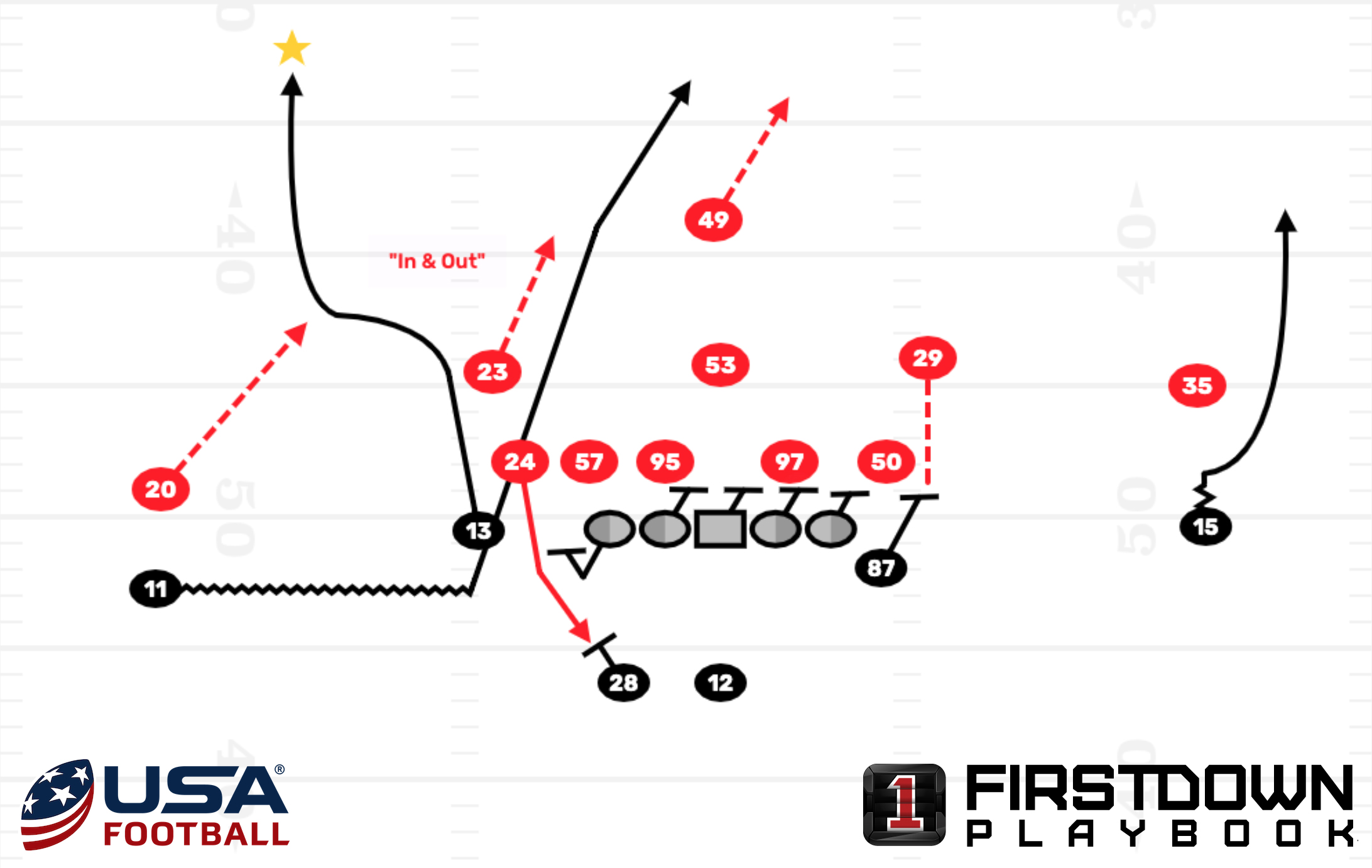 The Patriots are running an out-and-up on the offense’s left side with Edelman running a middle seam route. This holds the free safety in the middle of the field just long enough for Brady to complete the ball to No. 13 for a touchdown.