4th & Forever: How Football Helped Nat Moore Give Back 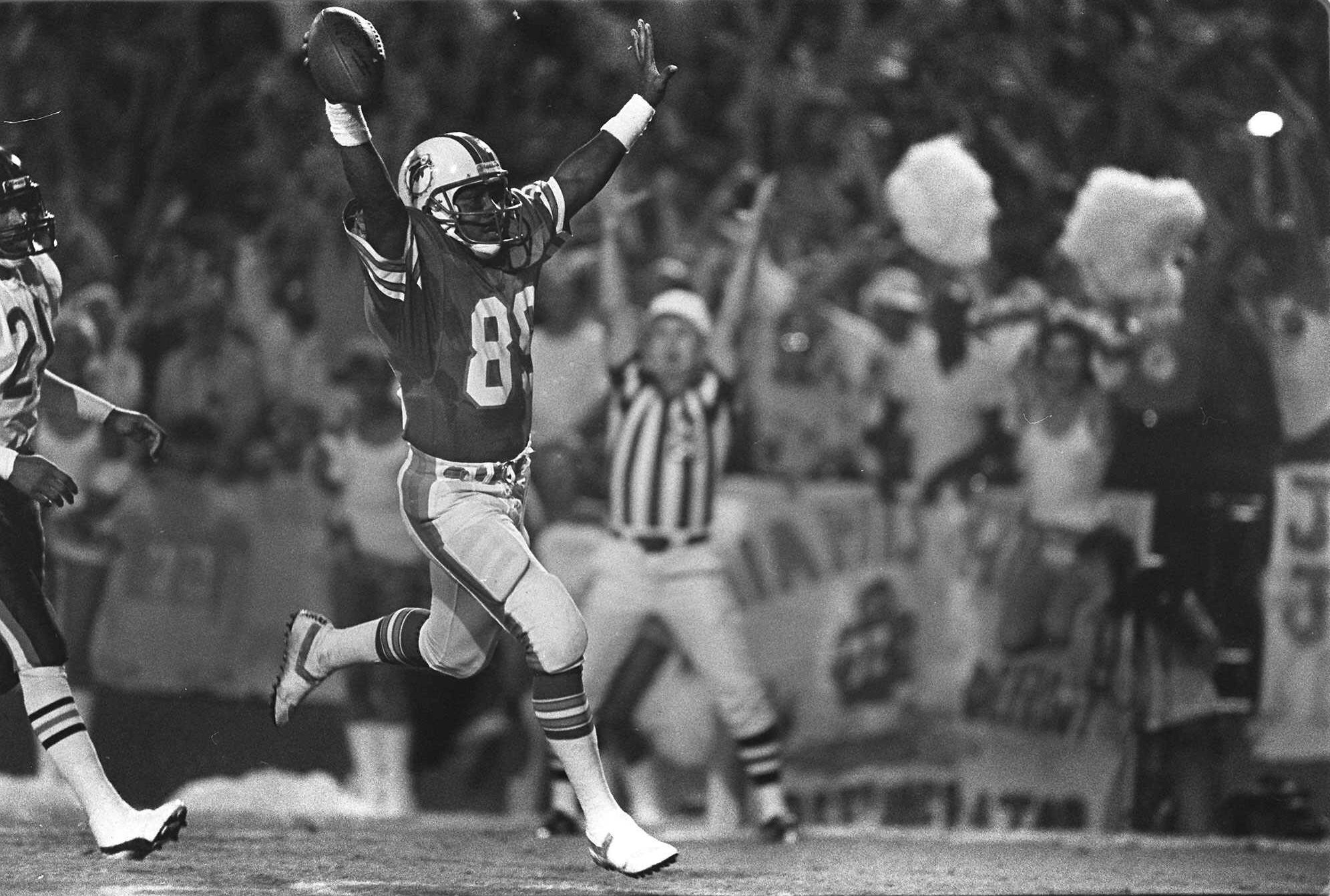 Growing up a rough area of Miami, future NFL Pro Bowler Nat Moore didn’t have access to organized football until he got to Edison Senior High School. Despite not having the chance to play as a child, Moore nevertheless developed a deep love for the sport. The physicality of football as well as the camaraderie that it fosters helped him develop the love of the game, but it would be something far more practical that got him playing originally.

“I started playing football when I was about five or six,” he said. “Football was the number one sport on TV and it was what we all played. It was either that or baseball, but you couldn’t play that in the projects where I grew up. Football you could play anywhere, so I played tackle football with no pads at an early age.”

Once Moore got into the game, he never stopped developing his skills. He became one of the top running backs in South Florida, eventually ending up at the University of Florida. In his two seasons as a starter in Gainesville, Moore earned All-SEC honors and become an All-American Honorable Mention. His exploits out of the backfield for the Gators would eventually earn him induction into the University of Florida and Florida-Georgia Halls of Fame.

“It was far enough away for me to get away from home and not have the distractions that that often has. But Florida also gave me a chance at a great education and a chance to hone my skills to see if I was good enough to play in the NFL.”

Clearly, he was. Moore was drafted in the third round of the 1974 NFL Draft by his hometown team, the Miami Dolphins. Hall of Fame Head Coach Don Shula met early on with his new star and that meeting would change the trajectory of Moore’s career.

“As soon as I was drafted by Shula, our first conversation was ‘Hey, we’re going to move you to wide receiver,’” said Moore. “He liked the way I was able to catch the ball coming out of the backfield and said I had good hands. He wanted me to learn to play that position and there was a bevy of guys I got to learn from, like Paul Warfield, Marlin Briscoe, and Howard Twilley. They didn’t need me to play right away and it was a tremendous learning opportunity for me that obviously paid off.”

Moore spent the next 13 seasons in Miami, retiring in 1986 as the holder of virtually every Dolphins receiving record and eventually being inducted into the Miami Dolphins Honor Roll. However, it was his accomplishments off of the field that eventually earned him even greater attention.

In 1984, he was named the NFL’s Man of the Year and in his final season in the league, he earned the Byron “Whizzer” White Humanitarian Award. Never forgetting where he came from, Moore worked continuously with underprivileged and disadvantaged youths, eventually leading to o the creation of the Nat Moore Foundation in 1998.

“I’ve always been passionate about helping others, especially kids,” he said. “My true profession should be teaching. Football helped me to give back to kids who were just like me. It has helped me to give them access to better futures.”

Outside of working with his foundation, Moore ventured into a few new passions after retiring. This included being a broadcaster for both the Florida Gators and the Miami Dolphins.

“I came into the league with one goal, to play five years,” he said. “As the years went on, the dream changed and I wanted to chase a Super Bowl title. I played my whole life for the love of the game. I believed that if you loved something you continue doing it until it is no longer fun. When I was done playing, I got into broadcasting because I would watch the games with people who were always asking me questions. I figure if that was going to be the case, I might as well get paid for it!”

These days, Moore is back working with in the Dolphins’ front office as the team’s Vice President of the Alumni Association. He wants to help Miami’s former players keep close ties and continue to give Dolphin fans access to the players that they love.

“For me, this is a chance for us as an organization to embrace the guys that have made this place great,” he said. “As long as we keep the alumni close, they are the ones that the fans and corporate America know, I think we can continue counting on that support and that only helps the team.”

“Coach Shula was one of the most driven men that I have ever been around,” Moore said. “He was smart as a whip and believed in execution and perfection. There were no shortcuts. I think the one thing that I learned from Coach Shula that really made an impact on me was that if you worked hard, that gave you the confidence you needed to win. If you put in the hard work, when it comes the fourth quarter, you will be in a position to win. You can outwork your opponent because you didn’t take a shortcut.”