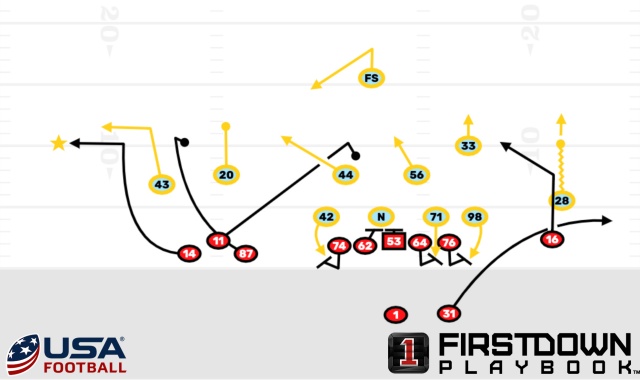 RELATED CONTENT: All 22 Tuesday Looks At Florida vs Miami 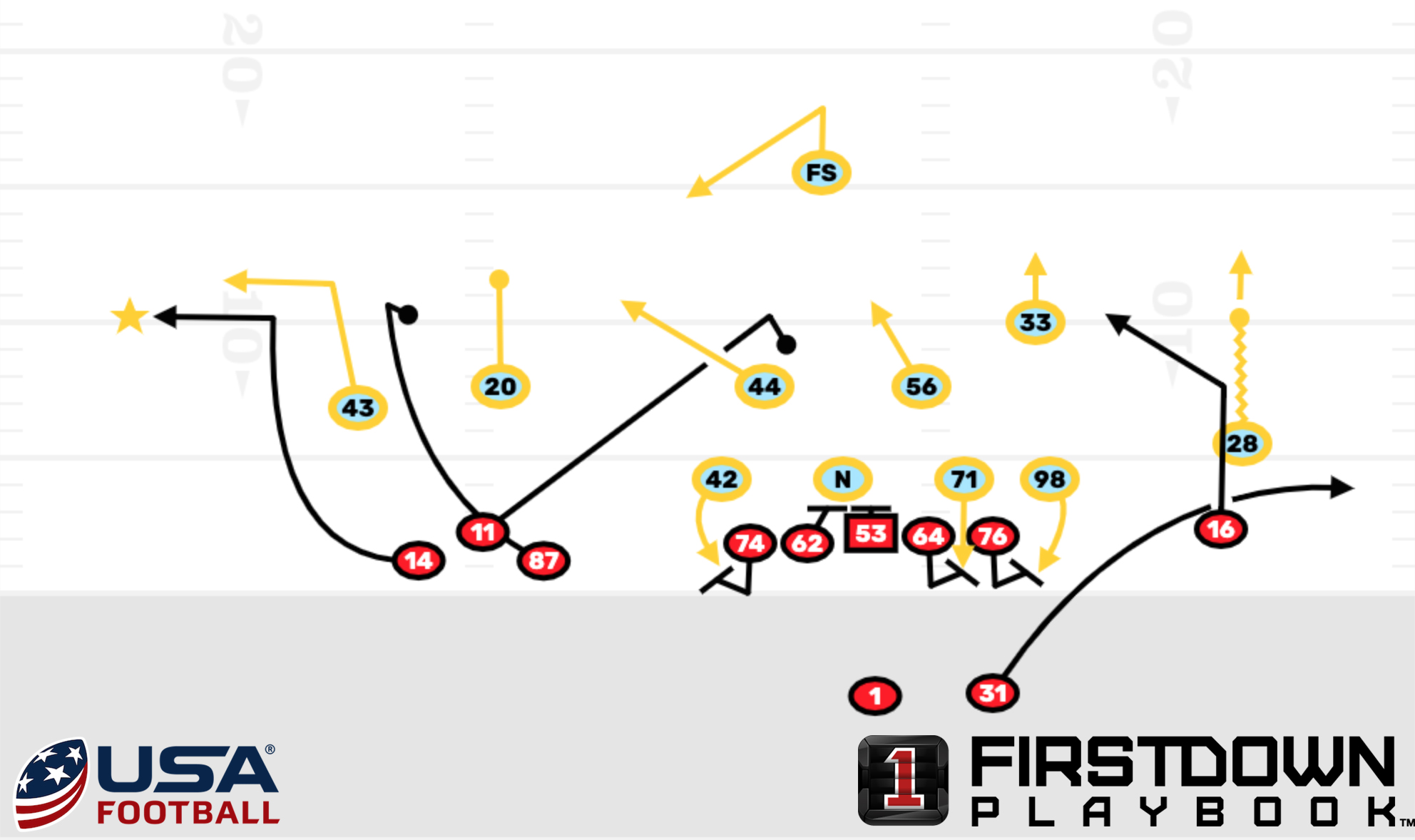 The Cardinals start Murray’s NFL career with a spacing concept.

To the weakside, the No. 1 wide receiver is running a snag route while the running back is running a flat route.

To the bunch side, the Cardinals are running the spacing concept. No. 1 in the bunch is running an Omaha route (6-yard speed out). This converts to a fade with press coverage or cloud coverage.

Pre-snap, Murray is reading the leverage of the corner to the bunch for the Omaha route. If the corner is playing loose coverage, the quarterback will take his drop and that’s his throw.

If the Omaha route is taken away with press coverage or cloud coverage, the quarterback would start his read to the weakside. He would read the snag to the flat route.

If the defense goes to man on the backside of the defense or is playing cloud coverage, the snag-flat combination will be taken away. The weakside hook player will match the snag route while the corner matches the flat route from the running back.

The quarterback will still take his three-step drop and start his progression over there. Once he sees those routes are not going to come open, he is going to reset his feet back to the “over the ball” route. If that route is covered as well, then he is going to hitch up and come back to the hitch route from the No. 3 player in the bunch.

On this exact play, the Chargers are playing their base Cover 3. In the spacing concept, you are flooding the defense with five players in the underneath zones. Defensively, the Chargers do not have enough players underneath to defend all of the routes underneath.

As you can see, the flat player latches onto the 6-yard hitch from No. 3 in the bunch, allowing Murray to complete the Omaha route.

This is what spacing was designed for: to defeat Cover 3 and Cover 4. It is not a great play against Cover 2 because the defense has five defenders underneath. They can match every route.