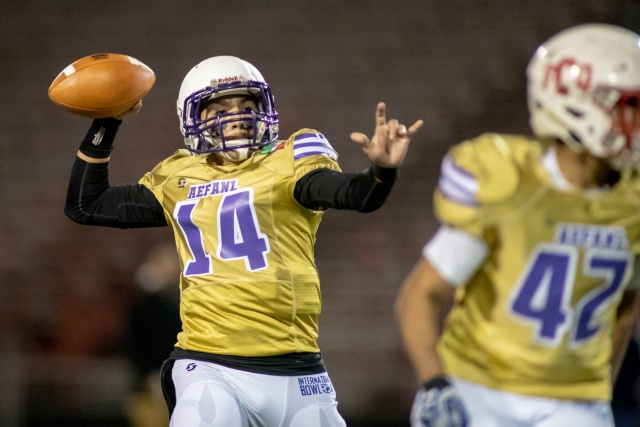 Having a personal foul called on your team can affect a game and a season in more ways than simply losing 15 yards.

These types of penalties may ruin the player’s or coach’s reputation, throw off your team’s momentum and even cause games to be lost.

Andy Ryland, USA Football’s senior manager in education and training, believes that these penalties can be trained out of players who struggle to keep their emotions in check. “[This is] one of those things that’s typically not talked about or can be difficult to train,” says Ryland. “[The question is] how do we create the emotion? How do we create some of the stress or the situation we’re going to feel on game day?”

Ryland goes on to explain that directly going after the first team maybe shouldn’t be the coaching staff’s goal. “[It could mean] making sure the scout team has success,” says Ryland. “And we’re really going to double-down and coaches are going to hoot and holler and we’re going to make it super intense. We’re going to feel like the sky is falling and the guys are going to have to pull themselves out of it.”

Brushing off a penalty in practice is another exercise Ryland will use. “An intentional holding [by a scout team member], and letting people work through those situations [is of use],” adds the former Penn State linebacker. “A lot of it has to come down to knowing your players. Knowing those relationships and being able to talk to who we need to talk to and make sure they understand the importance of the team win versus what they might perceive as a personal, one-on-one battle.”

Ryland then hammers home that this can be a factor at all levels of the game. “For a lot of our youngsters (at USA Football), they’re just starting to learn this concept at a really deeper meaning. So, you have to have quality conversations [and] some tests every now and then can be useful especially as our younger players start to get better throughout the year.”

Ultimately, the frequency of the penalties will come down to the coaching standard. “Sometimes the better players or sometimes the starters tend to get away with things in practice environment where the scout team guys don’t quite get the benefit of the doubt,” says Ryland. “So, we let them get away with a push on a young sophomore because, ‘Oh it’s developing toughness,’ or ‘We’re developing a good little comradery and good competition right there.’ We don’t hold those guys to the standard we know on gameday they’re going to be held to.”

That standard must be team-wide according to Ryland. “We have to make sure that our best players that are winning drill after drill and knocking guys down and looking super physical, [that] we’re not blinded by that fact and we start to ignore things that might be technically wrong with their skills,” adds the former U.S. Rugby Team member. “I think that’s an area for coaches where the shiny gets in their eye and they forget to look at what the outcome would be on gameday.”