How to play Cover 3 behind a Simulated Pressure 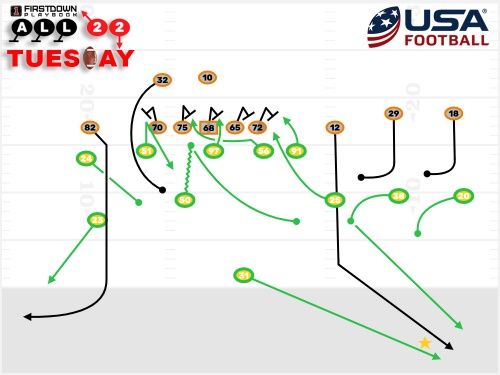 The Packers opened up the season last Thursday night with a win in Chicago against the Bears. The defense – led by defensive coordinator Mike Pettine – played outstanding as they only allowed three points.

Mike Pettine is a “Rex Ryan” guy when it comes to scheme. He cut his teeth under Rex and still utilizes a lot of Rex’s schemes today.

I really noticed this on the game-sealing interception.

A lot of folks around Twitter saw the pressure – and coverage – and assumed that Green Bay was playing a form of quarters over the trips set. They assumed it was “Stubbie,” or as some call it, “Special.”

In reality, Green Bay was playing Cover 3. They ran a simulated pressure, looking like they’re bringing a pressure/blitz, but in reality they are only rushing four defensive players.

The pressure is known as “Favre.” It’s a simulated pressure that Rex Ryan, Dave Aranda and Mike Pettine have run for over a decade now. It involves bringing field pressure, hence the name Favre. The “F” in Favre stands for field. 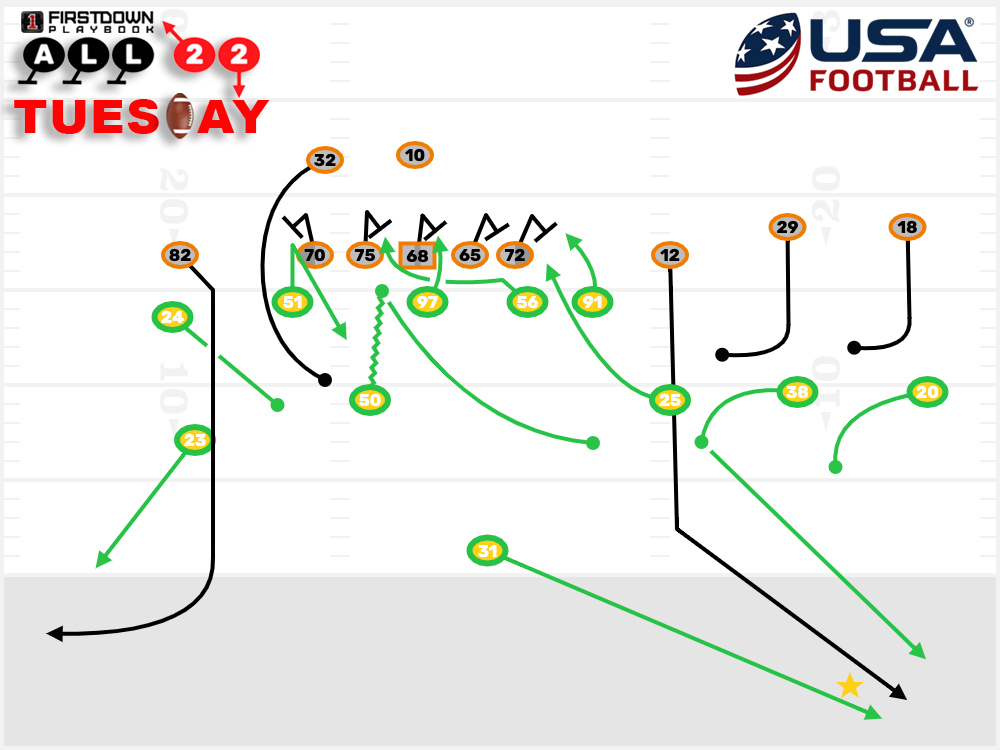 Behind the simulate pressure, they are playing Cover 3.

What confused a lot of people about this coverage was how the corner played this.

Against trips, this is how a lot of teams – and Pettine in particular – will play Cover 3. 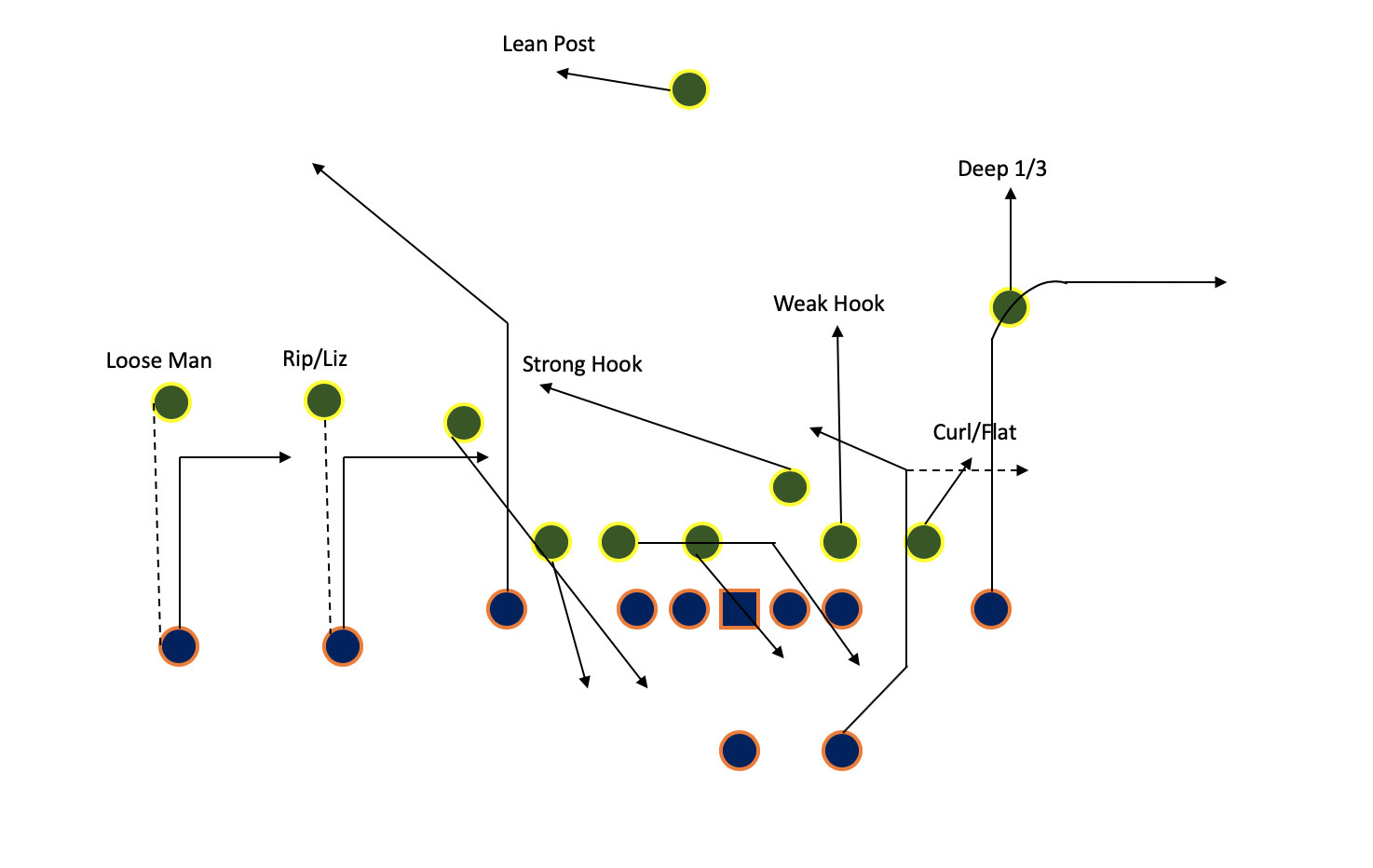 The corner to the trips side is playing loose man on the No. 1 receiver. He has him in man-to-man coverage unless the No. 1 receiver runs a shallow route now. So, if he runs a route underneath within say, 2 to 3 yards, the corner will zone off into his deep third responsibility.

The safety aligned over the No. 2 receiver is playing what some refer to as Rip/Liz – or gone – coverage. This means he will play No. 2 in man-to-man coverage on any route that is vertical, outside or inside that breaks deeper than the linebackers. So, he has No. 2 on any seam route, corner route, dig route, etc. If No. 2 breaks inside underneath the linebackers, he will zone off into his curl/flat responsibility.

The strong hook defender has no vertical responsibility. He’s looking to play underneath routes like the ones described above.

The weak hook defender is dropping straight back just outside the hash at roughly 10 yards. He is responsible for playing the bend route of No. 3 to the dig route by No. 1 weak.

In trips, the two hook defenders are treating the No. 3 receiver like they would the running back check down out of a 2x2 formation. They are bracketing him.

Now is the most important part of this play: the free safety’s responsibility.

In trips, the most unfavorable route combination you can get is No. 3 to the trips on a corner route. This is because no one is left to play that route. The weak hook defender is playing the bender of No. 3 while the strong hook defender is dropping outside of No. 3 and playing underneath routes.

The curl/flat player to the trips is playing Rip/Liz – or gone – rules on the No. 2 receiver while the corner is playing loose man coverage on the No. 1 receiver. That leaves that deep third of the field behind the corner vacated.

So, with that being said, the free safety is playing a lean post on the No. 3 receiver. He is responsible for No. 3 vertical or No. 3 on the corner route. He doesn’t worry about No. 3 on the bender because the weak hook defender will play that. He isn’t worried about No. 2  or No. 1 to the trips side going vertical either. The curl/flat player and corner are playing man coverage on their man if that happens.

He has to get over the top of No. 3 to play the vertical route and the corner route.

In the video, you can see the free safety cheating to get over the top of No. 3 when the ball is snapped. He has already seen this route combo from the Bears earlier in the game, and he knows he has to play that corner route.

You can see in the video how Green Bay plays this absolutely perfect. The Bears are running a typical concept here that defeats Cover 3 because of the instances we previously discussed. No. 3 on corner is a tough route to defend. 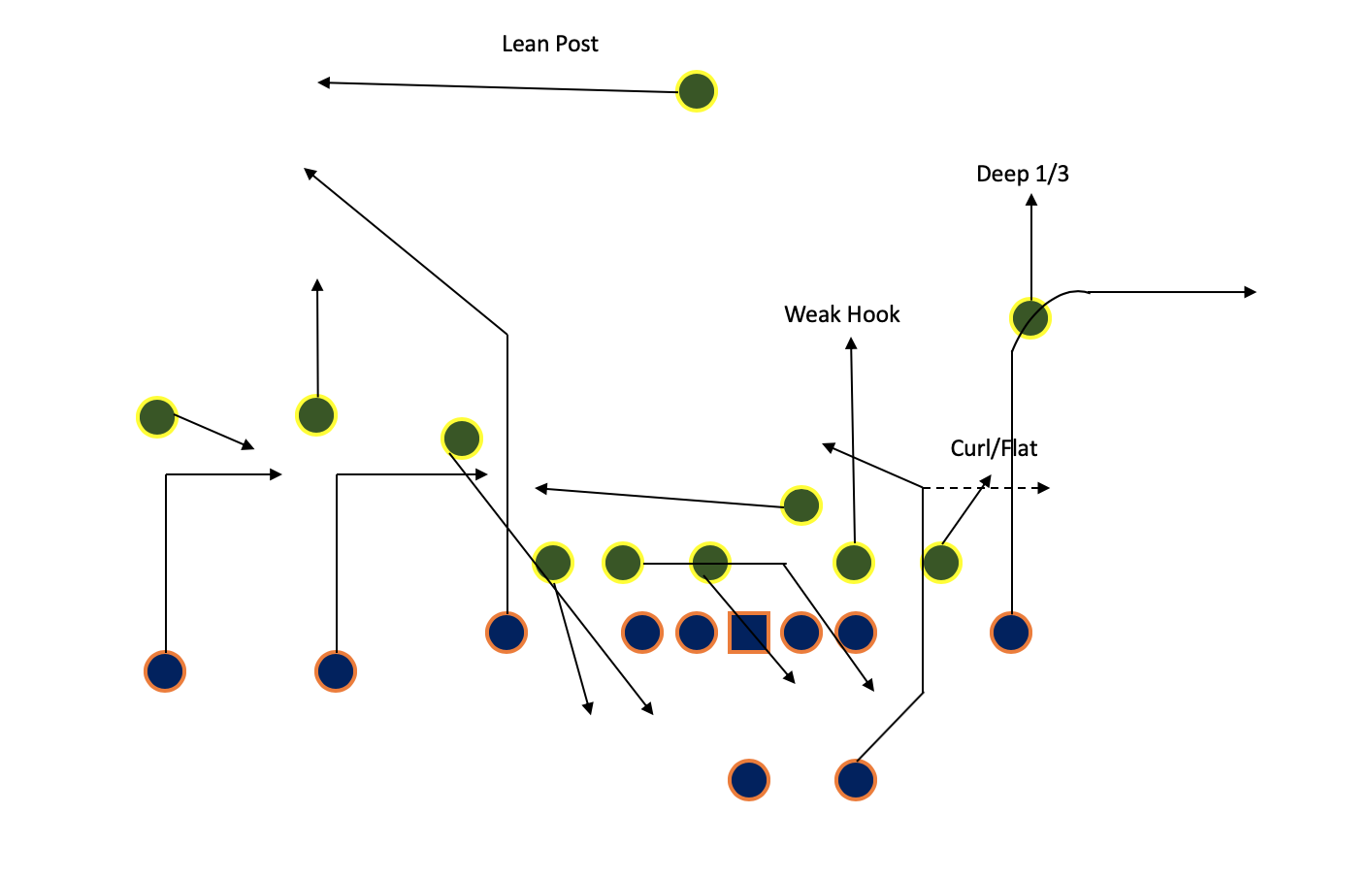 Remember above how we talked about the curl/flat player’s responsibility. He is responsible for playing No. 2 man-to-man on any route that is vertical, breaks out or is inside above linebacker depth.

Anything underneath 5 yards and breaking in will be played by the strong hook defender.

The corner matches the 5-yard under route from No. 1, the strong hook defender plays the under route from No. 2 and the free safety gets over the top of the No. 3 receiver to play the corner route. He is aided by the curl/flat player as he can come off of No. 2 once he is inside and underneath of 5 yards.

This is textbook on how to play match coverage.