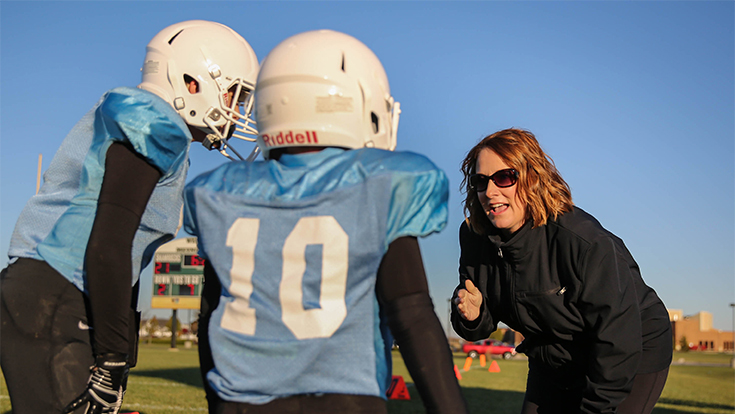 When a season isn’t going well, you have to guide your child through the problem. Here are some great questions to help you start the conversation and find solutions:

Why do you want to play?

Also talk about the right reasons to play – exercise, friendships, pursuing a dream and of course, for the love of the sport!

Who are you playing for?

Your friends or other kids

You should be playing for yourself, for personal satisfaction, for a greater purpose if you have one or for your team who you’ve already made a commitment to.

What CAN’T you change about your season?

There are a lot of factors that go into a “bad” season, many of which you have no control over. Realizing this and letting them go will help take some of the frustration out of a season for your child.

What CAN You Change?

Focus instead on what you CAN change:

It’s important to recognize that there are things your child CAN and CANNOT change in any given season. Learning to focus on what they can change will give them a more positive attitude.

Look at the bigger picture for a minute.

This season will soon be over, you won’t always play for this coach, you will move on to a new team, you will still have this game and your love for it. Don’t let one hard season steal that from you.

What if your kid is not getting the playing time or position that he or she wants?

They may feel like they’re not an important part of the team and that simply is not true. Leadership is not a title, it’s an attitude. Yes, you can be a leader from the bench.

My daughter played high school basketball and after playing a lot in her junior year, she was switched to a different position on the court and ended up getting less time as a senior. She was ready to quit, but her season went from awful to awesome when she realized that her more important role was to be a leader for her teammates. At season’s end, she was honored for this by her coach.

Don’t put pressure on the need for a scholarship

It’s a common concern that lack of playing time can diminish an athlete’s chances of playing in college, but that kind of pressure only adds more stress to their season.

If your child deserves a D-1 scholarship, then they will be so skilled that this should not be an issue. You don’t get to play D-1 if you are struggling to get noticed by a high school or club coach. Stop putting the pressure on your child to get that free ride.

Discuss what it means to be a team player and why your child’s role is important.

It takes an entire team to win a game.

A quarterback can’t throw the ball without a line to protect him or a receiver to catch the pass. Remind your child that everyone has a part to play and each role is just as important as the next, even if they aren’t the face of the team.

Helping your child turn their season around from awful to awesome means you weather the storms of adversity with them. It doesn’t mean that he or she child will end up winning an award or making an all-star team, but it means that your child will learn how to cope with adversity, conquer it and come out stronger in the end.