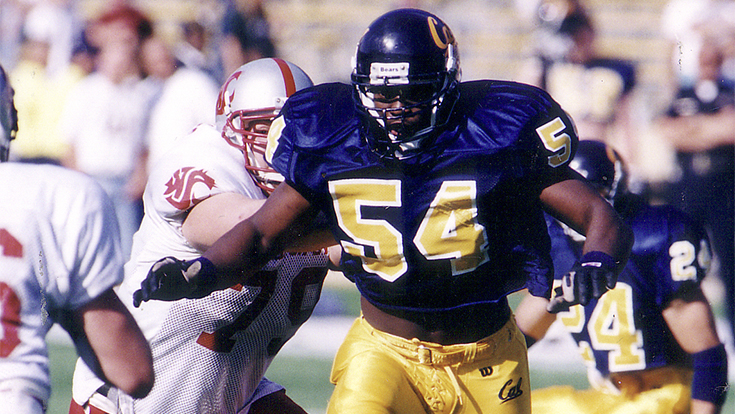 It can be argued that Duane Clemons never should have been a success in the game of football. While extremely physically gifted at 6’5” and 275 pounds, he never got the chance to play the game until he got to high school.

Clemons’ physical talents were undeniable even back then in his in hometown of Riverside, California. The coaches at John W. North High School soon convinced him to suit up for the Huskies and once on the field, he came to the crossroads that all young players come to in their fledgling careers.

“I fell in love with football that first day I put on the pads,” he said. “That first practice, I got knocked flat on my butt and that was that moment where it could have gone either way. You learn right then and there whether the game is for you or not. You either like that hit or you can’t take it. Me, I got knocked down and knew I wanted to do this, but I wanted to be the one putting people down.”

Clemons developed quickly, becoming both a dominant defensive end and skilled tight end. He began attracting the attention of schools across the country and it soon became time to choose where he would continue his education and football career. He ultimately decided on the University of California, who at the time was undergoing a renaissance under Head Coach Keith Gilbertson. In his second season with the Golden Bears, Clemons helped lead the team to a 9-4 record and a win in the inaugural Alamo Bowl.

“Winning that bowl game is one of my favorite memories of playing at Cal,” he said. “I learned a lot there and we did a lot of winning. I’m grateful for the chance to play there and for them helping prepare me for the NFL.”

In 1996, Clemons was the 16th overall pick in the NFL Draft by the Minnesota Vikings and would be a cornerstone of their defense for the next four seasons. He left as a free agent following the 1999 season and spent the next six seasons as a starter for the Kansas City Chiefs then Cincinnati Bengals. An injury midway into his career would be what sent Clemons on the path to his current profession.

“I suffered my first serious injury in football and during my recovery time, I learned a lot about anatomy, physiology, kinesiology, nutrition and how all of that came together for athletes,” Clemons said. “I was able to put a lot of that together for my training and recovery plan and that formed the base of what I do now as a trainer.”

Now a certified personal trainer, Clemons takes everything he learned back then and applies it to the health and fitness of his clients. More than anything, he remembers the lessons that he learned from the game he has loved for years. Above all other lessons, he learned the power of practice.

“Football really teaches you how valuable it is to practice every day,” Clemons said. “You work hard, you get better, you see the results. That is how you succeed in football and in life. Hard work and perseverance will get you where you need to go.”