The Bye Week for Coaches 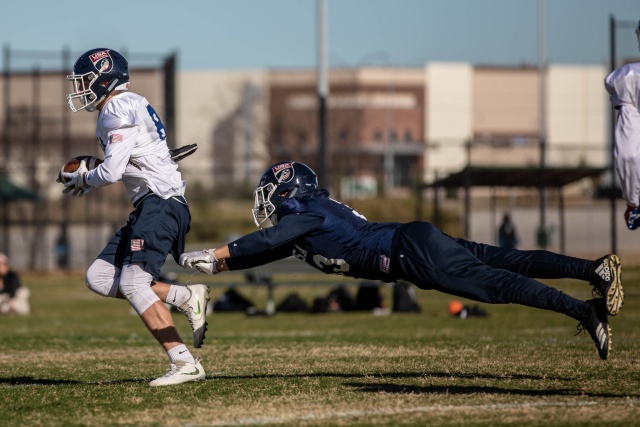 The bye week can be utilized in a multitude of ways. Coaches can do more work, watch more film, implement more into practice and even recruit if at the college level. But in the grand scheme of things, less can be more during your bye week.

Former assistant coach of the AAF’s Memphis Express Rob Everett affirmed that point on the Coach and Coordinator podcast with host Keith Grabowski. “Even if it’s selfish motivations, you want your coaches and your players fresh because who cares what happened at the beginning of the season?” began Everett. “You want to finish strong or else it doesn’t matter. Accomplishing your goals [is what matters], whether it’s playoffs, whether it’s momentum into the offseason, whatever that might be. This time to get your players and your coaches the chance to recharge I think is important.”

Focusing on the organization of practice is a key piece to reducing workload for players and coaches. “If you’re really going to grind [your coaches] at practice, cut them loose from some of those other things,” emphasizes Everett. “Tell them, ‘Don’t go scout your next opponent.’ Talking [about] college [coaches], ‘Spend one less day on the road,’ or, ‘Don’t go [on] this trip this week.’ Or if it’s the other direction where we’re going to tailor back on practice a little bit and use more mental stuff, maybe you can push them a little bit more in recruiting.”

It goes without saying that plenty of coaches want to use the bye week to further their workload and continue to compete without having a game. “It’s tempting to say, ‘We have this time, we need to fill this time,’ and having time off is really an important piece,” adds Everett.

Having experience in the coaching world exposes the value of rest at this point in the season. “I can still flashback to when I was 25 and I was a head coach for the first time. [I thought] we were going to outwork people and we weren’t going to take any days off,” admits Everett. “There’s something to be said for outworking people, absolutely, but it should be outworking them intelligently so that you’re able to make it to the end.”

Coach Everett adds that the plan in this isn’t to be lazy, it’s to keep coaches focused and engaged throughout the season. There’s plenty of ways to do that during the bye week. “Give them some cash to go out on a date night with their wives or give them something to be excited with that they’re not expecting,” suggests the former collegiate defensive coordinator.

Everett fondly remembers his head coach at Bridgewater (Va.) College making an effort to give his coaches a good rest during their bye week and at the end of training camp. “He would ask us [to] clean up the office. And then we would clean up the office, we’d have a quick staff meeting … and he’d kick us out and say, ‘Do not comeback till this time.’ It was one of those things where [the coach’s tone was], ‘I’m going to be upset with you if you try to sneak in here and do some work.’ And I think that’s a good tone to set from a head coach.”