How the Chiefs force coverage busts with All-Go Special 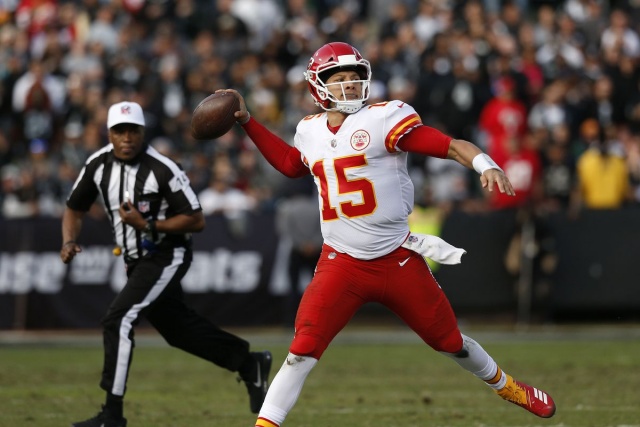 Since the early 2000s, Andy Reid has long been hailed as one of the most innovative offensive minds in football, which has been on full display since Patrick Mahomes took over the reins as the quarterback of his offense.

The Chiefs have begun to do something out of Empty that extremely stresses defenses. They will align in Empty before motioning the running back into the backfield.

Many teams do this. It is often used as a pre-snap clue for the offense to see whether they are getting man coverage or zone coverage.

But the Chiefs have taken this to the next level.

Often, the running back will reload (motion back into the formation) in a slow jog.

But now the Chiefs are doing this, and the running back keeps motioning all the way across the formation. Before you know it, you have a 4x1 set.

What stresses a defense is four strong in the passing game. This floods the zones or creates traffic in man coverage.

This was best displayed in the Chiefs’ week two matchup with the Raiders.

Kansas City starts in an Empty formation with the running back aligned out to the two-man side.

Mahomes motions him back in as if they’re reloading the formation and putting the running back into the backfield.

This wreaked absolute havoc on the defense.

At first, they were dealing with an Empty formation, so they had to go to one of their Empty checks.

Then as the running back looks like he is reloading into the formation, they have to check to a new play to play the new formation.

The running back continues across the formation, so the defense now has to deal with four strong, meaning whatever Trips check they just had, they now have to be alert to push the coverage.

This forces the defense to communicate on the fly. With not everyone getting the correct check results in a coverage bust that gives the Chiefs a wide-open touchdown.