When Your Team Isn’t Player-Led 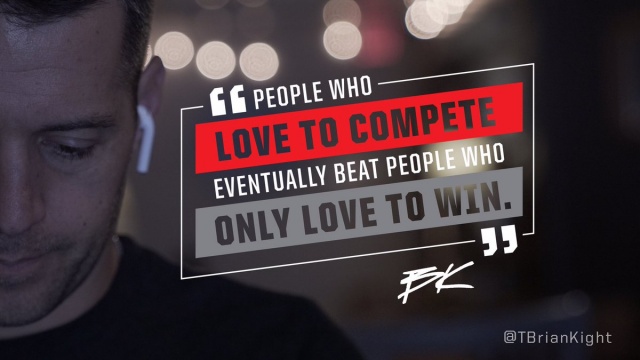 Believe it or not, your best player doesn’t need to be your team leader, nor do your oldest players need to be leaders. All you need is a leader to lead, whether that comes from the players or the coaching staff.

Founder of dailydiscipline.com Brian Kight hammered this point home recently on the Coach and Coordinator podcast. “I would encourage every coach right now who has been wrestling with becoming a player-led team, wrestle with this instead – [don’t] waste energy wrestling with becoming a player-led team,” starts Kight. “Don’t waste that energy on trying to become a certain kind of led team. Just put all that energy into leading.”

By putting said energy into leading and determining/living your standard, leaders in the program will arise. “Let the natural consequence of how you lead play itself out this year, the offseason, next year and then the next offseason and the next year,” adds Kight. “Put the energy into leading and then let the team identity form and let the source of leadership come from the place that it comes from. Don’t put concern into who it comes from.”

The former CEO of Focus 3 continues discussing the topic of player leadership and why coaches shouldn’t force their players into those positions. “[Coaches] hurry players into [leadership] who aren’t ready [and] ask players to do things they’re not equipped to do and the consequence is their standards slack,” says Kight. “Sometimes work doesn’t get done at all or to the quality we want. Sometimes work goes missing and a coach will say something like, ‘Well, this is your team,’ or, ‘You guys have to want this,’ … I just don’t view coaching that way. If I’m the coach, the performance of the team, and the leadership of the team and the standards of the team are my responsibility.”

Leading young people isn’t as simple as pawning off responsibility to them, whether coaches like it or not  “Getting young people to lead other young people has always been and will always be one of the biggest challenges,” affirms Kight. “That’s just a difficult task, so understand what [you’re] asking for … Almost every team is not player-led because that’s more of the natural order of how this is going to go. At the same time, if a team isn’t player-led because the players aren’t good enough leaders, who is the person ultimately responsible for that failure? The coach.”

Kight is very passionate when speaking about the responsibility the coaching profession bears.