Examining a Play-Action concept from the Chiefs 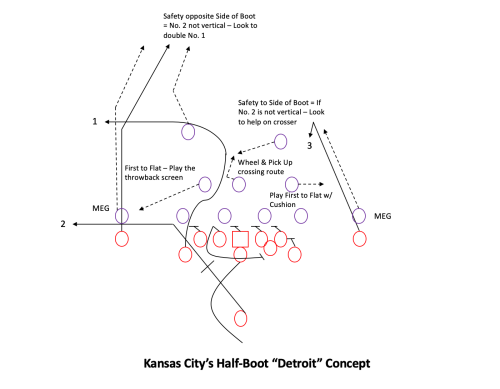 The Chiefs are dealing to start the 2019 season. They're posting absurd offensive numbers, and on pace to have another historical season through the air in large part due to their "shot" plays.

I took a look at one particular "shot" play and how even though it not completed, the concept was open and the attention to detail was stellar.

This is very basic formation that gives Kansas City balance. They have a wide receiver and a tight end aligned to each side.

Baltimore responds to this formation with Cover 4 – Quarters – coverage. 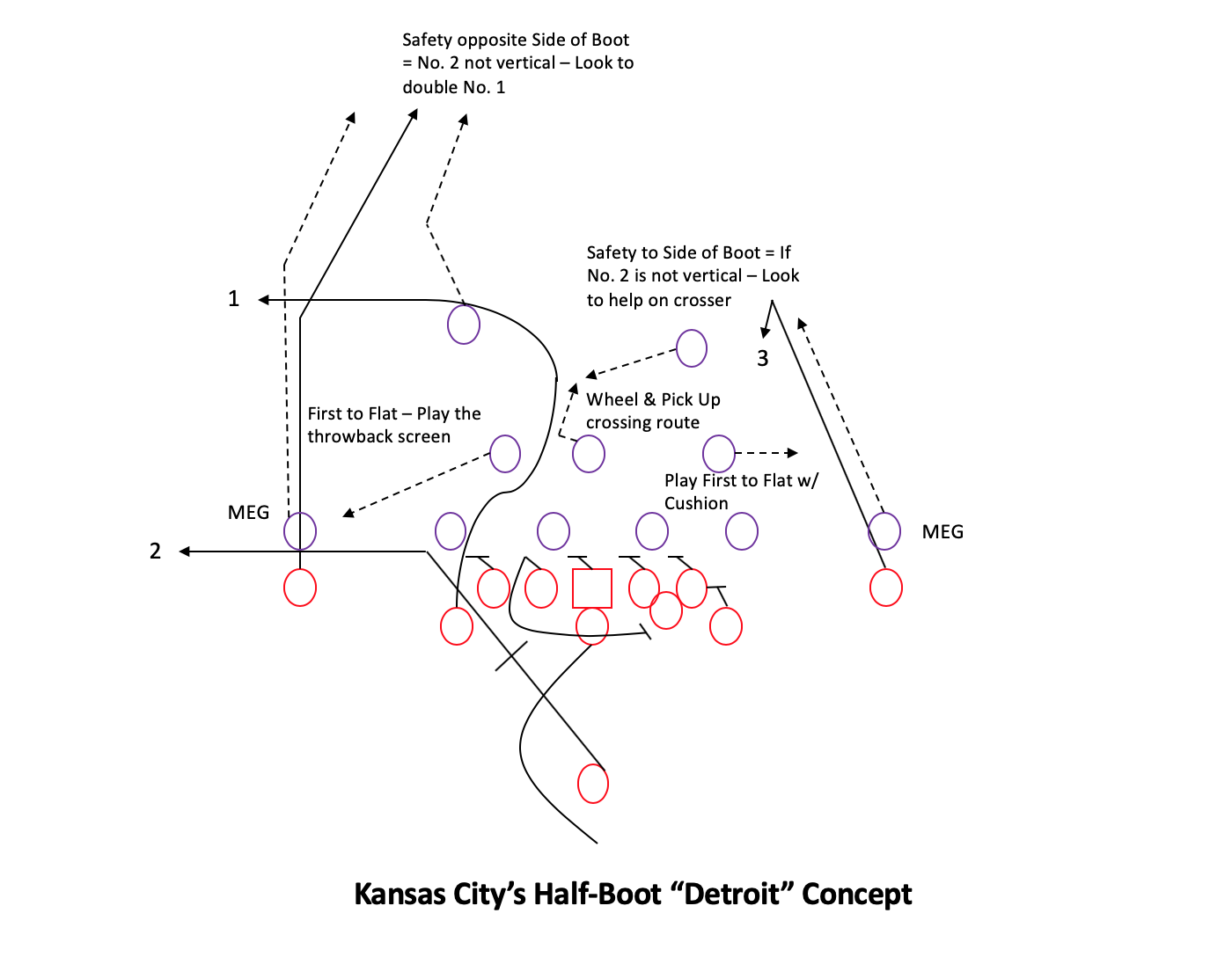 Kansas City is operating on first-and-10 while the ball is pretty close to the “alumni section.”

While I’m here, I’ll explain what the “alumni section” is.

The alumni section is the area of the field between each of the 40-yard lines. Coaches call it this because in college games that is where most of the alumni are sitting.

In the alumni section, you have to be alert for shot plays and gadget plays.

Kansas City is operating on their own 37, close enough to the alumni section, so Baltimore is alert for a shot play.

The No. 1 receiver to the left – Mecole Hardman – is on a post route.

The No. 2 receiver to the left – Travis Kelce – is on a sail route. The detail in which he runs his route is important. Kelce wants to inside release under the first underneath defender. Then he wants to stem vertical to 10 yards before breaking back out, looking to get depth at 18-22 yards.

The detail in this route is so important because its way screws with the coverage. The defense sees play-action and the boot coming back the opposite way. The defense, no matter the coverage, is thinking that Kelce is going to be on a crosser off the boot action. That’s what his release and backfield action suggest.

But at 10 yards Kelce is going to break back out towards the sideline aiming for 18-22 yards on a sail route.

The running back is going to fake the outside zone, check for the Sam linebacker and release into the flat.

The defense is in Cover 4 and here they’re going to play boot rules when they get boot action from the offense.

Boot rules are as follows:

The corners are going to play their normal Cover 4 rules. Nothing changes for them with boot action. They are playing man-to-man on everything except a sneak route.

Both safeties are reading the release of No. 2.

For the safety to the offense’s left, he is reading Kelce on the sail route. Kelce’s initial release, which is under the first underneath defender, tells him to double the No. 1 receiver. When No. 2 is under – or out – linebacker depth, you look to play the post-to-the-curl of the No. 1 receiver to your side.

For the safety to the side of the boot, he is reading the No. 2 receiver to his side. If No. 2 is not vertical, he is looking to help on the over route coming from the backside in the boot.

This is where this play screws with the defense’s rules  and why the detail of the route is important by Kelce.

The quarter-flat player to the side of the play fake is going to take the running back to the flat and be alert for the throwback screen.

The quarter-hook defender – the Mike linebacker – is looking the wheel up and run with Kelce on the crosser.

This leaves no defender with proper leverage to play Kelce on the sail route. The safety to his side is doubling the No. 1 receiver after Kelce’s initial stem. The safety to the side of the boot is looking to play the crosser from Kelce. The quarter-flat player has to take the running back to the flat.

The quarter-hook defender is looking to wheel up and play Kelce on the over route. That leaves the intermediate outside zone to the offense’s left vacated by the defense.

Great play call against the defense you are getting.

The quarterback’s read on this is very simple:

The post route from No. 1 is an alert in this instance. Mahomes tries to fit the ball in there as he sees that it’s open and just misses the throw. If the safety to the side of Kelce would have taken Kelce on the sail route, the post route would have been even more open as the safety to the side of the boot is looking to play the over route from Kelce.

The middle of the field would have been wide open.

This is not a route concept that is new. Half-boots and this exact call itself have been in playbooks for decades. It’s all about the attention to detail and when to call it. It’s a tough concept to defend once you hit them with a few boots. They are looking to overplay the over routes now and that leaves the half-boots open.