How Sports Parents Make Mountains out of Molehills 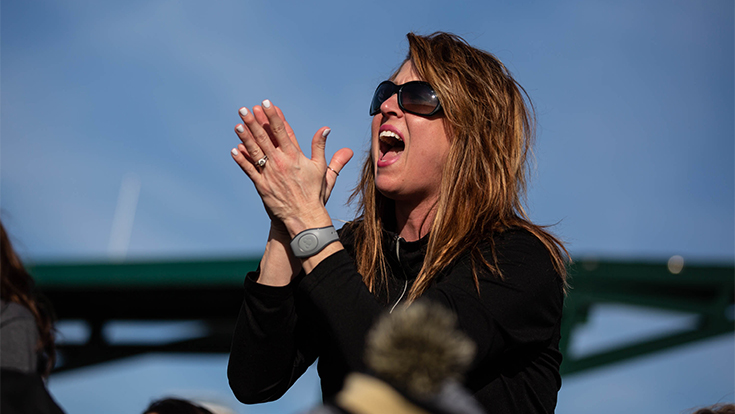 In the heat of competition, everything seems bigger and way more important than it probably is. After more than 20 years as a sports mom, I’ll admit there were many times when I made the mistake of making a mountain out of what was really a mole hill.

Have you ever found yourself doing that? Perhaps you’ve made one of these common mountain-from-molehill mistakes:

Put too much emphasis on playing time.

This is probably the most common issue that sports parents face. On younger teams, kids should get equal time or at least close to it, but when athletes get to high school, playing time is something that must be earned. The result of this is the many kids who get less playing time than they did before, which then ignites the rage in parents who think their kid should play more.

If your child struggles with playing time, this is a battle they must fight themselves. Help them focus on the process of improvement by working hard and staying committed. The desired result will be more playing time, but even if it’s not, the process will have built character – and that’s more important than minutes on a field.

Our three kids have had numerous coaches over the years who they felt didn’t like them. One season my daughter felt like the coach picked on her mistakes more than on other players. In another season, my son felt the coach favored another player because his dad was an influential man.

As parents, we want to defend our kids, but the truth may be far from our parental perception. In most cases, disliking your child was the farthest thing from the coach’s mind. Maybe they were having a rough day or maybe they simply aren’t the type of coach to get to know each player. I’m not saying this is right, but I am saying that you shouldn’t assume the coach has it out for your child after hearing only your kid’s side of the story.

There’s always more to the story than what you see on the surface. Seek to understand.

Putting too much emphasis on one bad play, game or season.

When my daughter played varsity volleyball, she had a pretty rough start to her junior season. At one of the first tournaments that year, we found her crying in a corner because she felt she was doing so bad.

The problem she was having is the same one that many parents face; she was only seeing that day, that game or even that season. Every season is not an end, just one part of an overall journey. One bad game or one hard season doesn’t define a career.

Step back and look at the bigger picture. If you parent an athlete for many years, you are bound to see ups and downs along the way. Zoom out and try to enjoy the journey.

Janis Meredith is a family life coach who wants to help all parents raise champions. You can find out more at rcfamilies.com