There's No Space for Disrespect in Youth Football 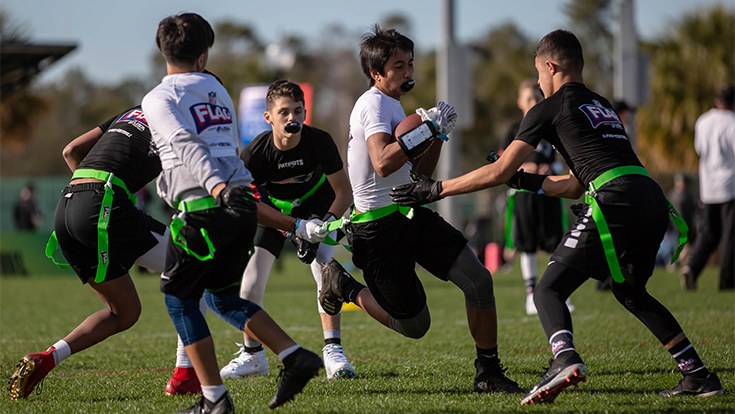 What would happen if Amari Cooper tripped and fell while running a route last Sunday and Jamal Adams stood over him while laughing hysterically and slapping his legs?  Well, that wouldn’t happen because there’s a respect factor that comes with the game.

So, if NFL players show respect towards other teams, why isn’t it always the same in youth football? What could possess a 13-year-old child to mock another player and how could one team disrespect the other all the way from their sideline?

I don’t know, but that’s exactly what I witnessed last week during my son’s flag football game.

As a coach and a parent, it was by far the worst hour that I’ve ever experienced in my years of youth sports involvement. We had only had six players show up for a seven on seven game, while the other team probably had twelve or thirteen good players.

One of our team’s coaches went over to the other team and basically said that we knew what was going to happen, so to try not to make this too embarrassing for our kids. The other coach agreed but to be completely transparent and fair, the game got out of hand early in part to self-inflicted wounds by our team.

As this was unfolding, the worst part was that many of the players on the other team kept badgering our team by mocking the play calls and by laughing at our players. One player had started the trash talking during warm-ups, continued through the game and was the kid who stood over my son and mocked him when he fell. He also struck a pose and danced each time their team did something good.

Every time this happened, I asked the officials for a penalty, but they kept telling me they told the other team to stop and that they had “reeled it in.” That was nonsense – it didn’t stop from the first play to the last play and I filed a complaint to the league about it. The bottom line is that there’s no place for behavior like that in football and in my opinion, it starts at home.

If that was my child acting like that, I’d pull him off the field. In fact, my son did a dance when he scored a touchdown later in the game and I called him over to the sideline to talk to him about it. I told him I knew he was upset but two wrongs don’t make a right.  Be the better person more so than the better player.

There’s no reason for our kids, or any other kids, to go through that again. Shame on the parents and the coaches on this team if it does.

Peter is a sports anchor for the CBS Sports Radio Network, FOX News Headlines 24/7 and WCBS 880 Radio in New York. His son Bradley plays middle school football on Long Island and is a participant in the U.S. National Team program while his younger son Jared plays flag football. Peter, his wife Sheryl and the boys are busy cheering on the New York Jets when they’re not at a youth football field.