4th & Forever: Derrick Ramsey - Winning Is All He’s Ever Known 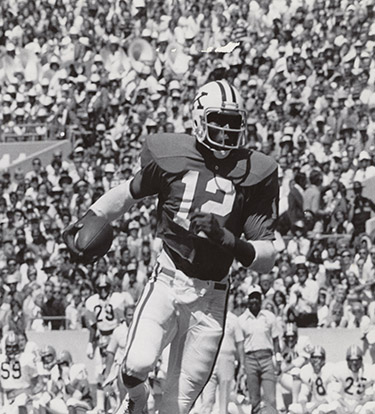 Some people are just born with an inner drive to succeed and excel. Those that have this trait inside of them are, more often than not, able to harness and ride it to heights that most of us can only dream of attaining. When you look at the life and career of Derrick Ramsey, the current Secretary of Education and Workforce for the commonwealth of Kentucky, you will see that he is one of those people.

“Growing up originally in Hastings, Florida, which used to be a football-rich community, football is what we did,” Ramsey said. “From the time I was 9-years-old I knew I wanted to be a professional football player and everything I put in from that day forward went into making that happen.”

A stellar athlete in high school, Ramsey followed his dreams, his passion, and his friends to the University of Kentucky where he would make history by becoming the first African American player to start at quarterback in the school’s history.

“When you’re young and playing games, everything just always takes care of itself,” said Ramsey. “I knew when I decided to come here, a lot of my friends thought I was crazy because Kentucky didn’t have a winning tradition of football. But, when you’re on three state championship-winning teams and two of those were undefeated, why would I think I would ever lose? Losing never crossed my mind. I didn’t get to appreciate the historical aspect of what I accomplished until later.” 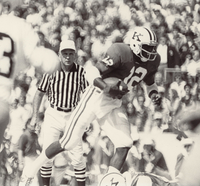 Ramsey would not only break barriers and records at quarterback for the Wildcats, but he would also find success as a walk-on for the school’s legendary basketball program for two seasons. Achievement was never a foreign concept to him.

An early benching would later lead the Wildcats to one of their most successful stretches—winning the SEC Championship and the Peach Bowl in 1976.

“I won the starting quarterback job the spring of my freshman year, but it was short-lived,” he said. “I started for four games and after that I got benched. Getting benched for six weeks was probably the best thing that ever happened to me because it made me reassess what I was really doing. I knew that once I got another shot at starting quarterback, I was never going to relinquish it and I never did.” 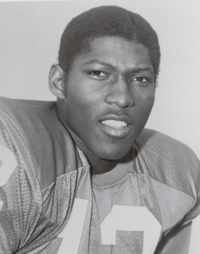 After leading Kentucky to 10-1 record and a #6 final ranking in the polls, Ramsey would enter the NFL Draft and be taken in the fifth round by the Oakland Raiders. He would make the switch to tight end and win two Super Bowl championships with the silver and black. After nine seasons in the league, Ramsey would make the transition into a role as an Athletics Director, first with Kentucky State and then with Coppin State.

“I had a knee injury about my third year into the league and things immediately went into high gear about what I was going to do next,” Ramsey explained. “I knew there was life after football and there was a lot of it. Going back to my junior year in college, I knew I didn’t want to be a coach. I wanted to spend my life either as an athletics administrator or elected official. Once I moved back to Kentucky in 1994, I set all of that into motion.”

Coming back to Kentucky, Ramsey spent much of the last decade in high levels of state government, first as Labor Secretary, then as the Deputy Secretary of Commerce, before settling into his current role, which is one of great importance. In his new role, Ramsey is being charged with getting Kentuckians into jobs. It is a role that he is able to draw from heavily from his time under center.

“I love making decisions,” he said. “I had a Dad who wasn’t an educated man, but what he did tell me and my four siblings that we needed was to get ourselves a seat at the table. If you don’t get yourself a seat at the table, don’t complain about not getting any of the crumbs that fall off. So, all of my life, I’ve been trying to get that seat at that table. As a quarterback, I was trained to see the whole field at every angle. In my roles since then, that’s what I am able to do. I can see all sides of a situation. This whole quarterback thing and football prepared me for life.” 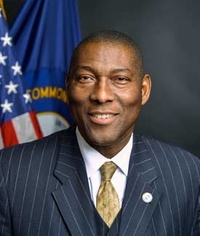 Photos are courtesy of Secretary Ramsey's office and Kentucky Athletics.