What Does a Technology Coordinator Do? 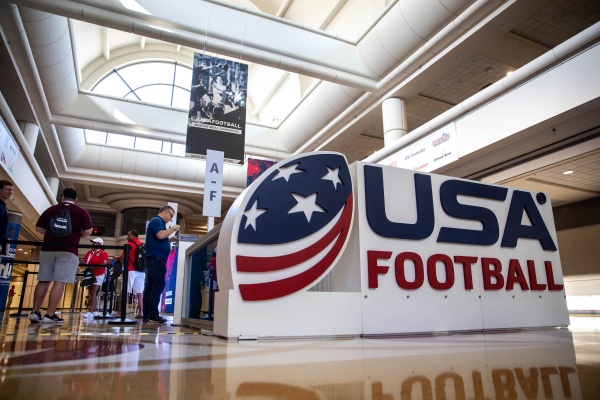 In a previous article, we outlined certain ways football coaches can add a technology coordinator from their student body, specifically how DJ Furano was added to the Greenwich (Conn.) High School staff.

Furano fills multiple positions for the Greenwich team and is now an essential part of their daily operations, providing an excellent example of what a technology coordinator can provide on your staff daily.

Furano joined Keith Grabowski on the Coach and Coordinator podcast to share exactly what he does for his high school’s football squad, detailing his week from Saturday morning through Friday night. “If it’s a Saturday morning, we probably had a game the day before,” begins Furano. “I would be intercutting the film, which would be intercutting the press box and endzone camera, making sure it’s all been assisted by Hudl. Once that’s done, I share it with the whole team and then we start working on stats.”

All that gets done before 9 a.m. the morning after the game.

Following the off day on Sunday, players come in on Monday prepared to watch film as a team. Furano also sets the technology up here. “I’m hooking up all the TVs,” says Furano. “We have a TV in one of our locker rooms, a projector in the other and a TV in the coaches’ office … If anything goes wrong at that point, I’m here in the center of it.”

For Monday, Tuesday and Wednesday, although the players are on the field, Furano joins the team managing the GoRout technology so that players can track their movement. While the players grab their wearable technology, Furano is at work setting up the drone and poll camera, so players and coaches can go back and watch practice film. “I usually get [inside after practice] like five, six minutes before the players,” starts Furano. “And by that time the poll and drone [film] are already up. By the time they get their helmet off in the locker room, the film is already out.”

The urgency is clearly there for Furano, knowing that his role is essential for player improvement. “Coaches can’t wait an hour or two hours,” adds Furano. “That could be a game-deciding factor. A player can’t wait that long. They want to see exactly what they did wrong in a moment’s notice. There have been times when Coach [Anthony] Marinelli was here [and] I had the plays upload to his phone during practice, and he could see exactly what they did wrong in the middle of practice.”

Managing all this technology during a practice on one’s own is not an easy task, especially when being a full-time student like Furano. “I taught the coaches to use GoRout on their phones … if they are any problems, I’m right there, but that takes a lot off my back,” starts Furano. “I also have the drone. Once I set it in its place I just hit ‘stop’ and ‘start recording’ and then everything else. It usually flows pretty well during practice.”

While the use of the drone is straightforward, its usage has been nothing but valuable to the Greenwich program. “The view is amazing [the coaches] say,” says Furano. “It’s coaches’ film and they want everything zoomed out … This is how they want to see it and this is what will help the team win.”

As the team proceeds through walkthroughs on Thursdays, Furano is beginning preparation for filming on Friday. “Usually I’m inside making sure everything is plugged in,” adds Furano. “I have a radio with me so if anything goes wrong outside [the coaches] radio in and say, ‘Hey, we’ve got a problem we need you out here.’ … So then, I’ll rush out there, fix [it], come back, making sure everything is plugged in.”

Adding a technology coordinator can clearly make an impact on your program, but Furano makes certain that Coach Anthony Maninelli gets his due for hiring him in the first place. “Coach Marinelli really helped me out through this,” Furano affirms. “It’s such a life-changing experience. Even to this day, even though he’s not here with me and he’s in Arizona now, I still look up to him. He’s such an inspiration … I don’t know if I’d be going to college today if it wasn’t for him. I really don’t think I would be, and he helped me so much through this process.”