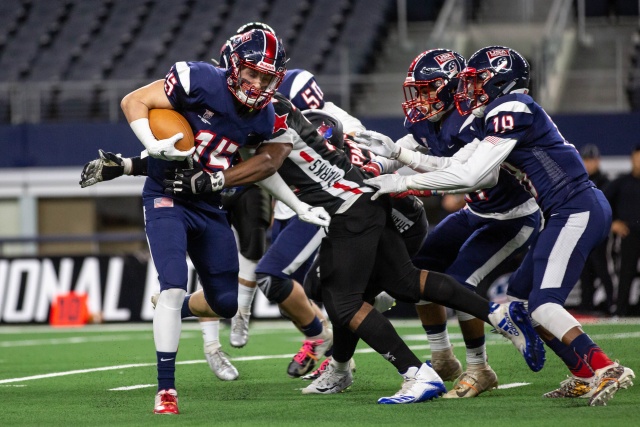 Football practice at this point in the season must be as efficient and specific as possible in order to prepare you players for the big game. Whether that be with a rival or in the middle of a hopeful playoff run.

Andy Ryland and host Keith Grabowski have paired together on the Coach and Coordinator podcast to share their thoughts and ideas with the coaching world every Thursday during the “Deliberate Practice” series. The duo combines their coaching and playing experiences to deliver practical and applicable concepts to your practices in order to influence your players on gameday.

In one of the recent installments of the series, Grabowski and Ryland discussed influencing your players and making sure they know the situation and their reaction to the situation on the field.

Ryland, who played linebacker for Penn State, has multiple connections through the higher levels of the football coaching world and pulled from one of those connections here. “He was mentioning about how on third down the other team had completed a short under — so we’ll say a 4-yard route and it was third-and-seven,” began Ryland. “The defender made the choice that he was going to try to get that front-up, knock-back, absolutely [dominant] tackle. What was needed in that situation was simply to put that player on the ground and get off the field. That wasn’t the time for this big, gargantuan highlight reel hit.”

Ryland sees this as a clear opportunity to teach your players what you need in specific game situations. “On our third down periods, are we making sure we’re talking to our players?” added the senior manager of education and training at USA Football. “I can tell you as a player myself and as a coach, I did a terrible job of this. I always knew the third down game, and we always repped it and practiced it, but I never really truly, fully understood [it] conceptually.”

So, what do you say to your players during your third down period? Ryland made it plain here. “On third and long, maybe we’re going to run a bunch of zone blitzes because our goal is we want them catch it in front of us and we want to come up and make the tackle. Tackle accuracy and getting the ball on the ground is the goal. We’re just trying to get off the field here.”

Talking through it is important for conception but putting them through a drill that works what your players just learned is just as important, if not more. “Give them a healthy dose of plays that are going to challenge their ability,” said Ryland. “At this point in the season we may not be full tackling, we’re into our tracking, but we understand that we need to do that. So, this is a great opportunity where calling out your tackle types can be layered in … Setting the context of those periods, then telling them, ‘Here’s the addition to the drill.’ We want to make sure we’re on the same path as far as using the right technique in the right environment when it’s third down and stressful … that we make those appropriate decisions. That we don’t let the pressure or the moment overwhelm our ability to recognize the situation both tactically and technically”