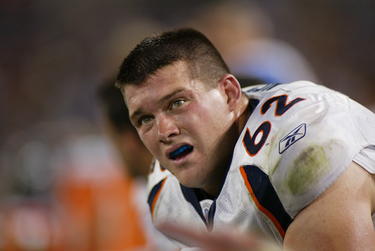 Growing up in Houston, Neil began playing football in fifth grade. He got his start a little later in the game than the rest of his friends, but once he got on the field, it was hard to get him off. He found his spot on the offensive line at an early age and took to the role like the proverbial duck to water. 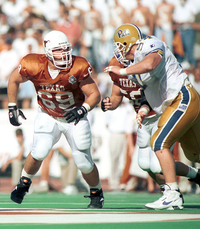 “I remember the first time I saw football on TV and saw that you got to bang into another person as hard as you could. I knew that’s what I wanted to do,” he said. “I wasn’t allowed to play when all of my friends played. My Dad always said the pads were too expensive, so I saved up my money and bought them myself to get rid of that excuse. Once I got out there, I couldn’t wait to show everyone how good I could play. The first time I went out to practice that was it. I thought it was awesome.”

He would earn a scholarship to the University of Texas and become a stalwart on the Longhorns offensive line. His play would earn him First Team All-Big 12 and Consensus First Team All-American honors as a senior. Neil’s skills and accolades in Austin would earn him a third-round selection by the Denver Broncos in 1997. As a rookie, he became an immediate and durable starter for the Broncos. He would start in 104 of 108 games for seven seasons in Denver, including the team’s back-to-back Super Bowl wins. 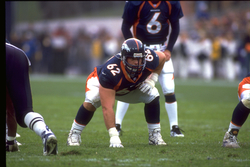 “What I loved about being an offensive lineman was getting the respect from my teammates when no one else recognized what we were doing as a unit,” he said. “You don’t play for the adulation for the fans, you play for the guys in the locker room. As an offensive lineman, your gratification comes from your teammates believing in you and appreciating your contribution to the team.”

Once he retired from the game, Neil embarked on a career in the media, co-hosting a radio show in Austin and now contributing to the Longhorn Network. He also dipped his toes into the world of politics, running for the Texas House of Representatives. Currently, in addition to his television duties, Neil has returned to school to earn his master’s degree while serving as a Regional Director with the Meyer-Chatfield Group, a company that offers financial services to other businesses.

“When I played football, there wasn’t really a need for motivation because I loved the game already,” he said. “When I transitioned out of football, there really wasn’t anything I was going to do that would give me as much joy as I had playing. Now things become challenging. When that happens, I look back and remember all of the things my coaches told me over the years. If you’re green, you’re growing, if you’re ripe you rot. Those things help motivate and drive me.” 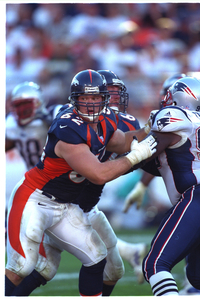 When looking back at all of the places his career on and off the field has taken him, Neil cannot help but humbly marvel at what he’s been able to accomplish. Now enjoying his retirement and seeking new challenges, he is always able to rely on one simple lesson the game taught him: Get better every day.

“There’s something I always tell the kids when I want to emphasize a teaching moment, I tell them that this is an O.T.I., an opportunity to improve,” he said. “Never stay the same. For better or worse, what you do is up to you. You can get better or you can get worse. Every day is up to you.”

Photos are courtesy of UT Athletics and the Denver Broncos.