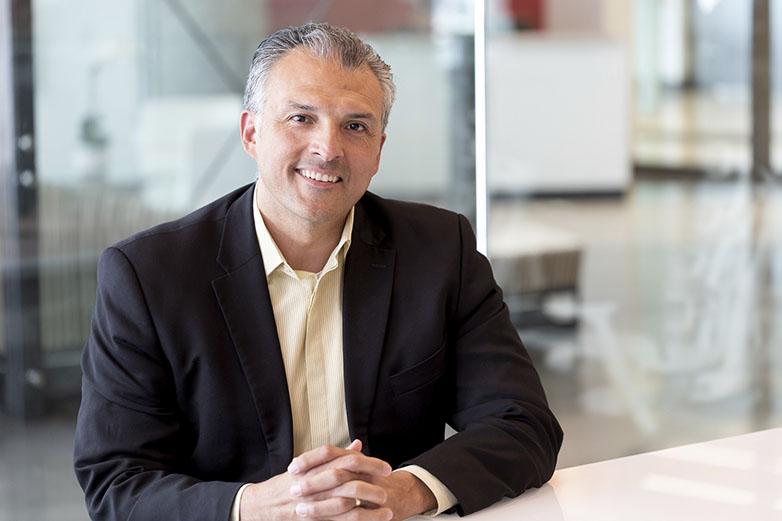 Growing up in far West Texas, architect Fred Ortiz had a passion for both the arts and athletics. As he grew and began to excel on the gridiron, he hoped that he would one day be able to find a path that would let him explore and grow in both of his passions. As he began playing early in a recreation league, Ortiz found a love for all sports but especially for football.

“Growing up, one of my dreams was to be the starting tight end for the Dallas Cowboys,” Ortiz said. “Being of an artistic mindset, I’ve always been somewhat of an introvert. I’ve always enjoyed being on my own. Being an architect, I love to draw and that kind of lends itself to being by myself. But in football, the idea of a team and all of us working alongside one another and needing to execute plays to execute to get the job done also really appealed to me from an early age.”

The chance to pursue his twin passions presented itself to Ortiz when he would earn a scholarship and go from Irvin High School in El Paso to the University of Texas at Arlington. The school has always been known as having one of the top architecture programs in the country, and he had a chance to make an impact on the field for the Mavericks. However, plans do not always turn out how we expect them to. An injury his freshman year kept Ortiz off of the field and then in 1985, the university discontinued its football program.

“I was pretty serious early on about going somewhere else and continuing my playing career at another school,” he said. “The coaching staff all left for other places and my position coach got a job at Louisiana Tech and said there was a spot for me if I wanted to come with him. I thought long and hard about it. But the university came to us and said if we chose to stay, they would honor our scholarships. I talked it over with [my high school coach Tony Shaw], and he told me to get my education. He knew I had aspirations of becoming an architect. So, I gave up on my football dream, but I think it all worked out the way it was supposed to.”

These days, Ortiz is one of the top architects at HKS. The firm has locations all over the world and Ortiz has become sought after for his designs pertaining to sports and entertainment. He and his firm are behind the creation of the new Globe Life Field in Arlington, Texas. The stadium will be the new home for MLB’s Texas Rangers and the Dallas Renegades of the XFL. His career has been more rewarding than he could have hoped for, and he can look back and point to some of the success due to his background in football.

“There are many facets to the world of architecture,” he explained. “I think most people when they think about architects, think about the person doing the drawing. I do that, but there are also other people that have to focus on other things, like meeting with the clients, writing contracts and managing the overall project. They have to focus on the details to make sure the building gets done. When you think about football, this is just like a coach putting together a game plan. You have assistant coaches who oversee the running backs and defensive backs. Everyone has to do their job to get things done. It’s the motto that my coaches gave us and it’s the motto I live by now.”

A lifelong fan of the game, Ortiz was able to follow the athletic careers both as a spectator and as a coach for his four children. His two youngest sons both have continued their careers and are both playing collegiately now. While his football career didn’t pan out how he planned, Ortiz would not trade it for anything in the world. Football helped him succeed at his dream job, and he still follows the lessons it taught him to this day.