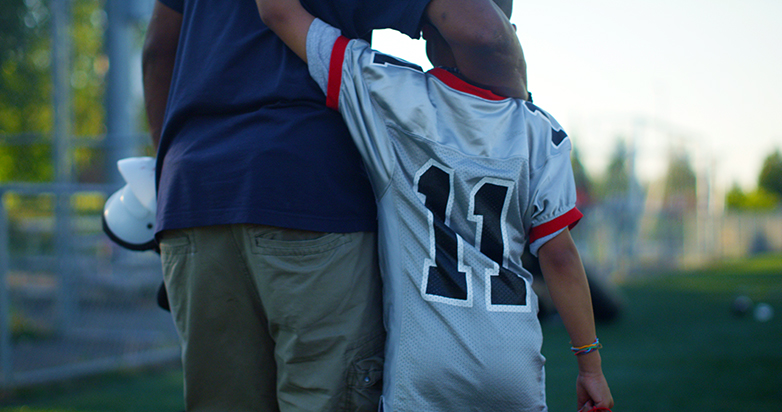 Are you a Sherpa or a drone parent?

I recently read an article, spurred by the recent college admission scandals, that examined these parenting styles. If you haven’t heard about them, catch up here.

The helicopter parent describes “a parent who hovers over a child in a way that runs counter to the parent’s responsibility to raise a child to independence,” Lythcott-Haims, a former Stanford University dean and author of “How to Raise an Adult,” wrote.

The drone parent takes it a step further:

In his 2017 book Entitlemania, California attorney Richard Watts said the helicopter parent has been elbowed aside by the drone parent — a parent who believes that a child’s chance of success is improved when obstacles are removed from his path.

“They’re more strategic (than helicopter parents),” Watts told the Deseret News. “They’re military-like. They go out in front; they can be stealth. They can really start talking about what the best sport is for their child to play at 4 years old to get entry to an Ivy League school.

And then there’s the Sherpa parent. A Sherpa is a member of a Himalayan people living on the borders of Nepal and Tibet, renowned for their skill in mountaineering. In the book The 100X Leader, the authors use the Sherpa as an example of what it means to truly lead people, modeling perfectly the ability to balance support and challenging.

In parenting, a Sherpa parent is one whose goal is to help their child reach their peak or their potential. Yes, their goal is to guide, but they should not do all the work for their child. They provide support AND challenge to their children.

If Sherpa parenting is your preferred style as a parent of a young athlete, then here’s what you must do:

Decide to Be a Leader Worthy of Following.

Simply put, model the type of person you want your child to be. You cannot expect your children to grow up knowing how to control their anger or to grow up with a strong work ethic if you don’t have one. You can’t give what you don’t possess.

Being worthy of being following doesn’t mean you are perfect. It means you are authentic, teachable and willing to learn from mistakes. As parenting expert Sue Atkins puts it, “There is no such thing as a perfect parent; so just be a real one.”

Then, WORK on Being a Person Worthy of Following

Sherpas don’t just happen to be Sherpas because they live in a mountainous region. They must work at it.

Sherpa parents must work at it too. Anger control, hard work, good communication, honesty and compassion don’t come naturally to very many of us. It takes work to be worthy of following.

Start by deciding you want to be someone worthy of following and do what it takes to learn the secrets to becoming Sherpa parents. Know who you are, what your strengths and weaknesses are and be willing to change unhealthy patterns for the benefit of your family.

Learn how to balance support and challenging; too much support with little challenge will put you in the drone and helicopter category, and too much challenge with little support will discourage your children and may hold them back from succeeding in what they want to do.

If you truly want to be a Sherpa parent, one who helps their children climb to their potential, keep working on yourself. Don’t be afraid of being accountable to someone who can help you and never ever stop growing.