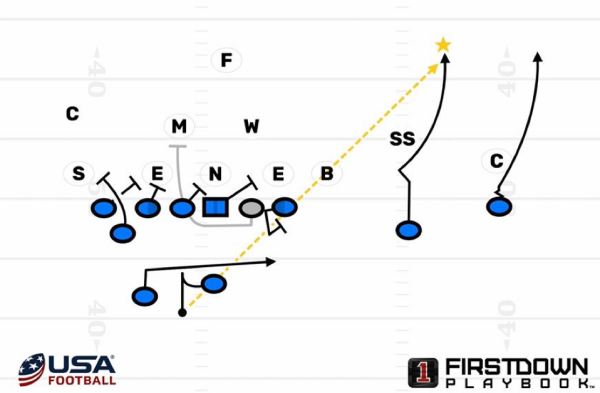 Today’s Play of the Day is from Adam Clack, head coach at Milton High School in Milton, GA. Coach Clack shared with us his QB Power Sluggo RPO concept. The play is meant to be run against a 1-high look out of 12 personnel. The QB’s primary goal is to read the safety, if he bites on the run, the goal is to get it to the #2 receiver running a slant and go. Ideally, the safety takes at least one step towards the run leaving the deep zone open with the #2 receiver selling the slant well enough on his defender to gain a step on him. If the safety is deep, the QB runs a basic power.

#1 Receiver: Go route to the sideline, taking his defender out of the play

QB: Reading the safety, either hitting the Sluggo or running power 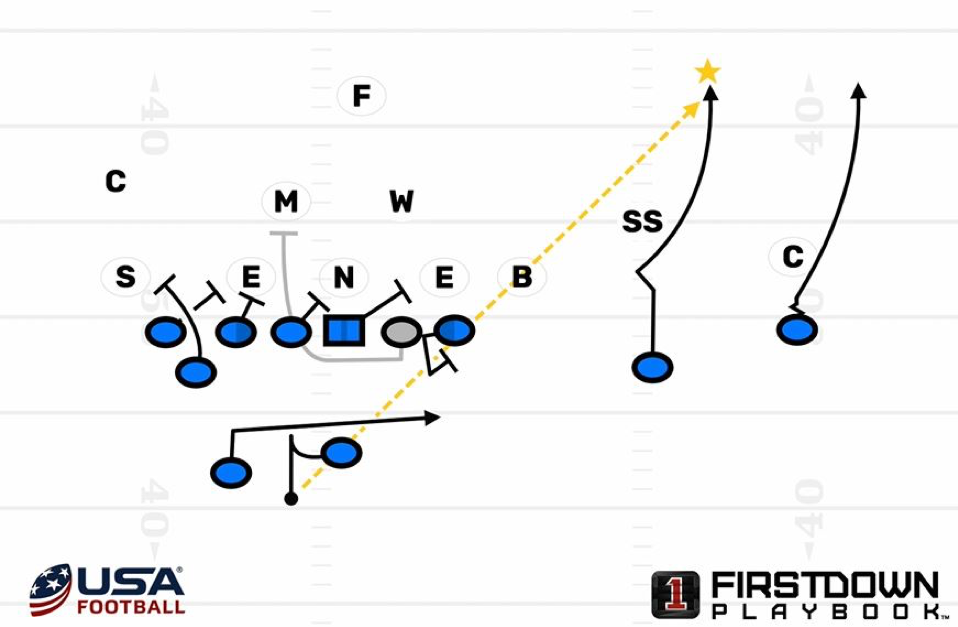 Coach Clack took over the Milton Eagles in 2017. The team had won just 9 games in it’s previous two season combined before Clack was brought in as Head Coach. In his first year, the team won 9 games alone. In his second year behind the reigns, 2018, the Eagles won their first state Championship in the schools 69 year history of playing football. Prior to Milton, Clack was Head Coach at West Forsyth for 3 years after being an assistant there since 2007, the year in which he helped start the schools program.