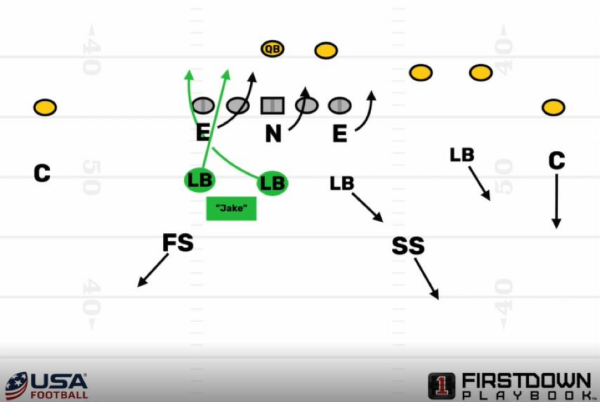 Today’s Play of the Day from Phil Kleckler, the defensive coordinator at Lindsey Wilson College in Columbia, KY. Coach’s Boundary 3 Under-3 Deep Blitz is a staple of Kleckler’s defense. Up front, the field D-End is always going to be the C gap player, containing the QB, the Nose long sticks from B gap to C gap and the boundary end has from the boundary side to potentially either A gap. The linebackers form what Coach calls a J technique where the inside backer blitzes first after the long sticks from the guys up front, he blitzes outside and keeps everything inside. The boundary backer then blitzes inside the other backer, probably B gap, if all goes according to play, he is generally the man coming free.

Nose: Long sticking towards B gap, could end up playing C if the offense stretches it out there

Boundary End: Long sticking towards A gap, could be responsible for the opposite A gap as well

Boundary OLB: Blitzing after the inside backer and shooting B gap 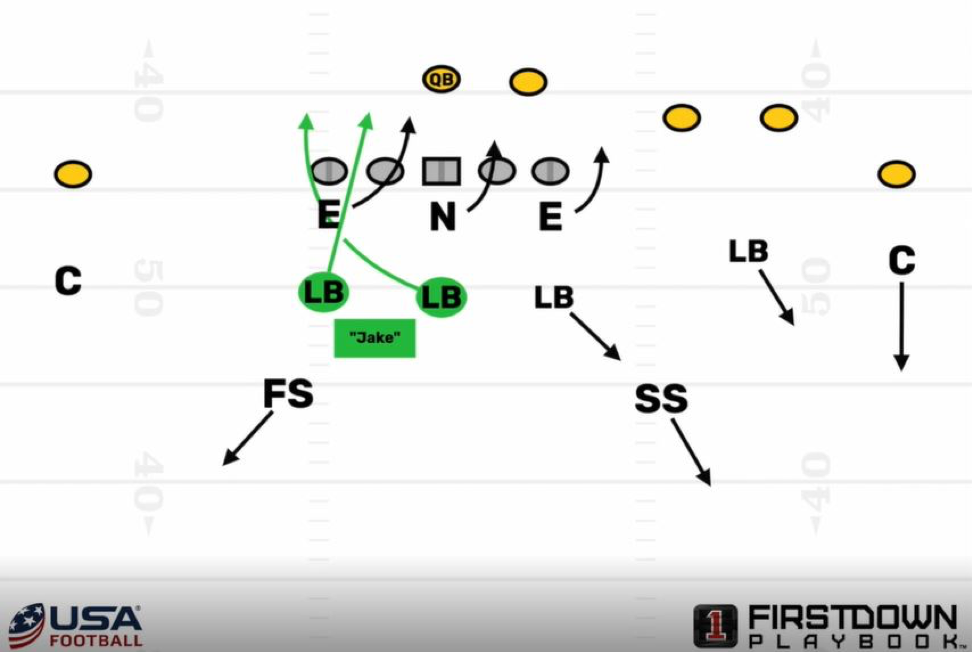 2019 was Coach Kleckler’s third season as the defensive coordinator at Lindsey Wilson. During the 2018 campaign, Kleckler’s defense allowed the fewest points (181), the fewest total yards (3,314) and fewest passing yards (1,628) in a season in the schools history. Additionally, the Raiders finished 11th in the NAIA in scoring defense per game last season, allowing a mere 18.1 points per game. On October 6, 2018, the Raider defense pitched a shutout for only the second time in school history.

Prior to joining the Lindsey Wilson staff, coach spent six seasons at Benedictine with the final two as the defensive coordinator. The Benedictine defense led the NACC in both 2015 and 2016 in scoring defense as well as rushing defense. Kleckler also coached at Occidental and Averett.