Play of the Day - Zone Flat from the University of Kansas 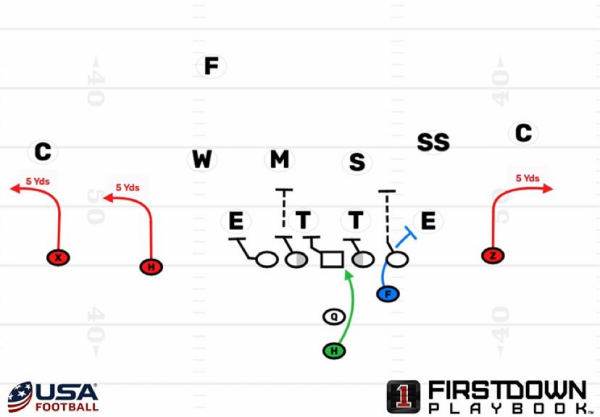 Today’s Play of the Day is from Brent Dearmon, the former head coach at Bethel University in McKenzie, TN and current offensive coordinator at Kansas.  Coach Dearmons Zone Flat play is run out of 20 personnel. Coach uses 20 personnel instead of 10 because it leaves an extra man to block the defensive end and not give him an open hit on the quarterback. It also enables them to run this play vs any front and still have the correct fits up front. All 3 receivers run flat concepts, with both #1 receivers running out of their flat routes, so that there are both man and zone beaters built in. The one receiver side is the quick game side, if they play off and give the quick game throw, QB should take it. Post snap, the RPO read is the D gap player.

QB: Reading the coverage, if they play off, hit the #1 backside for a quick out. With the #1 receivers running out of their flat routes, it shouldn’t matter if the D is in Zone or Man, one of the flats play side should be open. 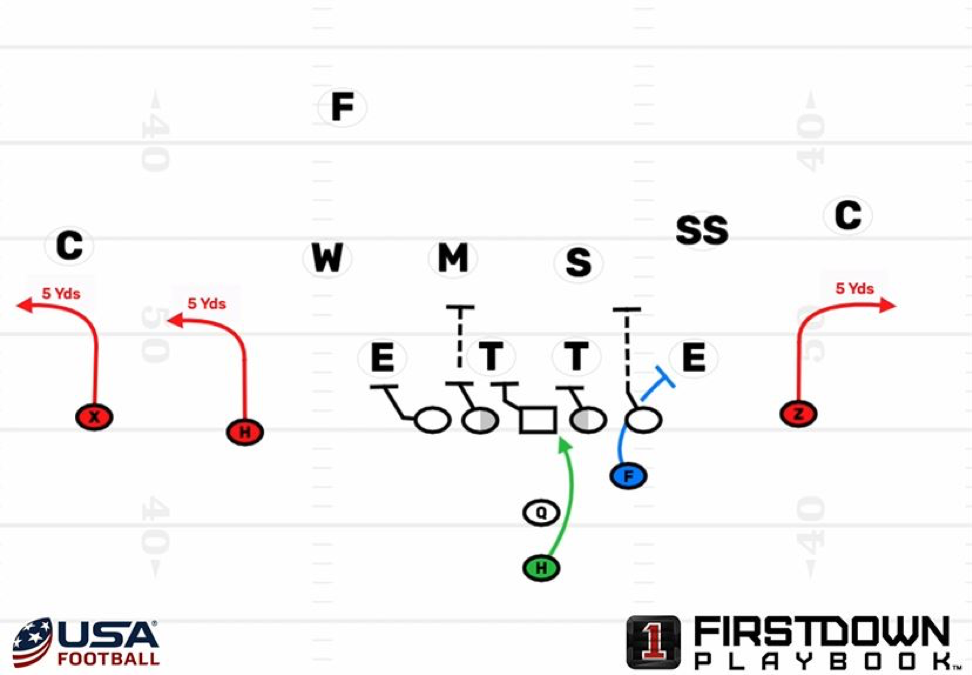 Coach Dearmon is one of the hottest offensive names in the game right now. Recently, Coach Dearmon left Bethel and joined the Kansas and Les Miles as the offensive coordinator.

In his lone season at Bethel University, Dearmon led the Wildcats to their best season in program history with an unprecedented 10-0 record. Bethel boasted an unheard of 540.3 yards per game and a whopping 55 points per game. Those 55 points per game were good enough not just for first place in the NAIA but for top in all of college football.

Prior to taking the job at Bethel, coach spent three seasons at Arkansas Tech and two seasons as an analyst on Guz Malzahn’s staff at Auburn. During his first season at Arkansas Tech, the team had the biggest offensive turnaround in college football putting up 36.5 points per game on 458.8 yards per contest.