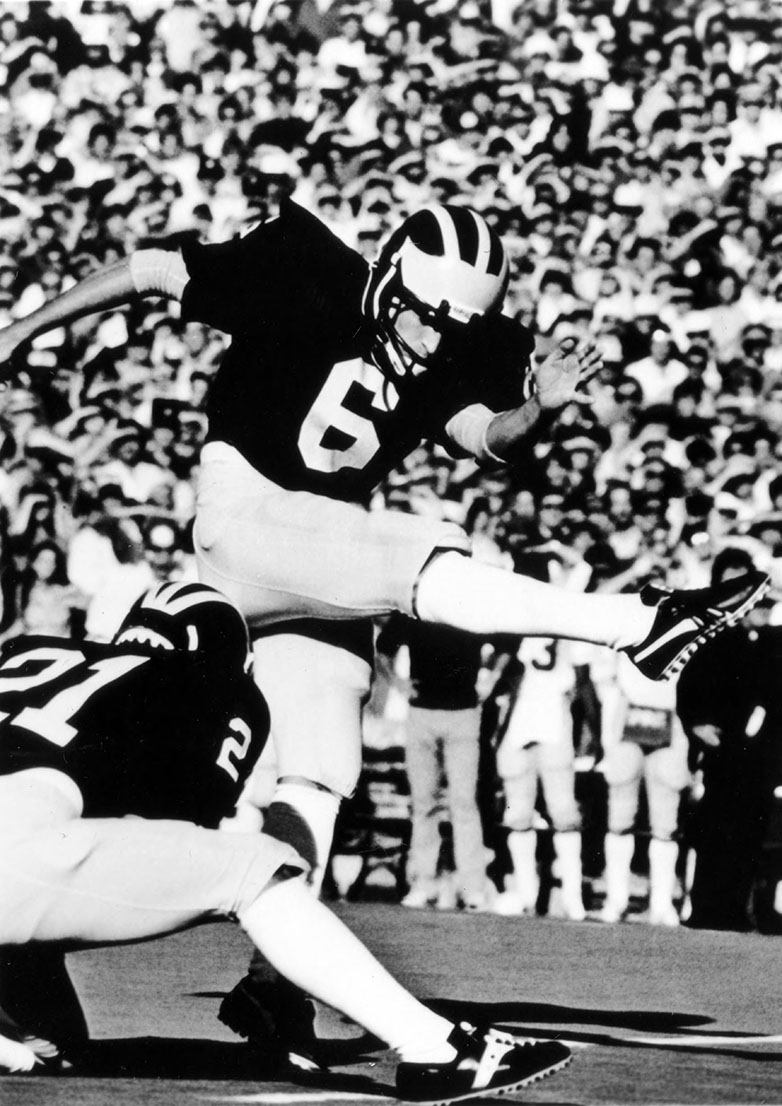 The pathway to success – not just in football, of course – but in life is never an easy one. For Ali Haji-Sheikh, success in football was arguably never supposed to happen – until it did and he did so in a big way: a scholarship to the University of Michigan, five years in the NFL, Pro Bowl honors and a Super Bowl championship before he was done.

Growing up in Arlington, Texas, Haji-Sheikh began playing football in the fourth grade because, well, that’s just what kids in Texas do. Despite it being his powerful right leg that would lead him to Super Bowl glory in the NFL, he didn’t get his start as a specialist until later.

“I started kicking extra points and kickoffs in fifth grade and I was one of the only people around to do that,” he said. “Soccer was pretty new back then. I started playing soccer in third grade and football in fourth grade. I was the kind of kid that wanted to play every sport around. It just so happened I was able to kick a football really well.”

His father, a professor at the University of Texas-Arlington, coached his young, athletic son in both soccer and football. His knowledge of the dynamics of kicking earned him a valuable role as his team’s placekicker but it was his love of the game that brought him success.

“My Dad was my coach as a kid and one day in fifth grade he asked what the goalposts were for on the football field and the official said they were mainly there for decoration [laughs],” Haji-Sheikh said. “He told them I could kick through there, and they said sure, okay. So, I did, and it went from there.” 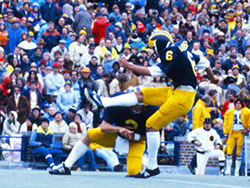 Kicking in front of tens of thousands at Michigan Stadium, Haji-Sheikh honed what would arguably be his best attribute on the football field: focus. The uncanny ability to block out the often crowd noise in high-pressure situations allowed him to help his team win on countless occasions. While he was able to improve on this focus, he fully believes it is something that he was born with.

“For me, going from high school to college as a kicker wasn’t that big of a deal,” he explained. “No matter if you’re playing in front of 100 people or 80,000, to me I still had a job to do. When you’re focused it really doesn’t matter. My wife used to always crack up and ask me if I could hear everybody on the field. I would always say no. I was never even looking at the line, I was always just looking at the spot where the ball would be held. I’ve always been able to focus like that.”

Haji-Sheikh was drafted in the 9th round of the 1983 NFL Draft by the New York Giants. Playing under the tutelage of Hall of Fame coach Bill Parcells, Haji-Sheikh was part of the team that helped the long moribund Giants return to glory. He did so by kicking over and over and over again in the wind tunnel that was The Meadowlands. The often-treacherous conditions of the field took some time to master but master them he did.

In football and life, hard work gets you where you need to be. 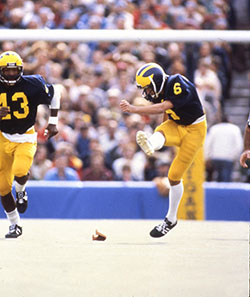 “It was interesting kicking in that stadium,” Haji-Sheikh said. “I would go during warmups and watch opposing guys try to kick. They’d aim one way, right for example, and the ball would just get pushed farther right. For me though, I got used to it.”

After three seasons in New York, he moved on to Atlanta and Washington where he won Super Bowl XXII with the Redskins. It proved to be the capping highlight of his NFL career. He retired from the game and entered his career in luxury automotive sales. He is now the General Manager of The Fred Lavery Porsche Company in Birmingham, Michigan. Back in the state of his alma mater, this highly competitive field has allowed Haji-Sheikh to put to use every lesson he learned from the game of football

“There are so many things from football that apply to what I do now,” he said. “This is a competitive field and I have found that the salespeople, for example, that are the most competitive, those are the ones that succeed. But if I had to pick one thing that football taught me more than anything else it’s [the value of] hard work. You can’t shortcut things. You have to put the work in. In football and life, hard work gets you where you need to be.”

Photos are courtesy of Michigan Athletics.