Play of the Day - Pipe from Lakeland University 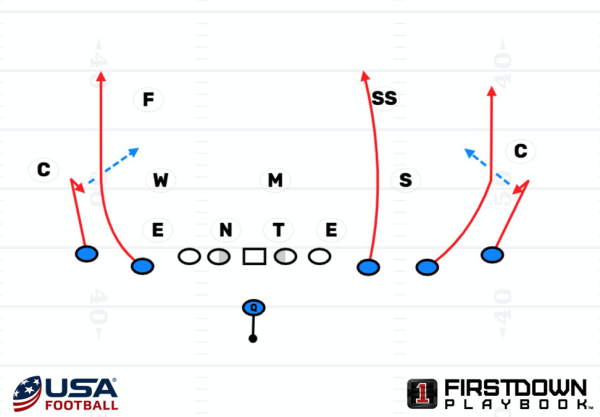 Today’s Play of the Day is from Eric Treske, offensive coordinator at Lakeland University in Sheboygan, Wisconsin. Coach likes this empty 3-vertical concept which they call “Pipe” as a compliment to the “Hoss” concept which has been made famous by the New England Patriots. The expansion of the linebacker allows the Pipe route to come open up the middle of the defense.  The concept is great against a 2-High defense.

Outside Receivers: occupy route; run a hitch until covered and then break on a slant.

#3 Receiver: Pipe route through the middle

QB: Coverage read; Is it 2-High or 1-High? 2-High he is reading the width of the backside safety pre-snap. If he sits on the slot fade backside we are going to throw the pipe route. If he moves to the pipe route, we will read the corner and work slot fade to hessi route by No. 1. 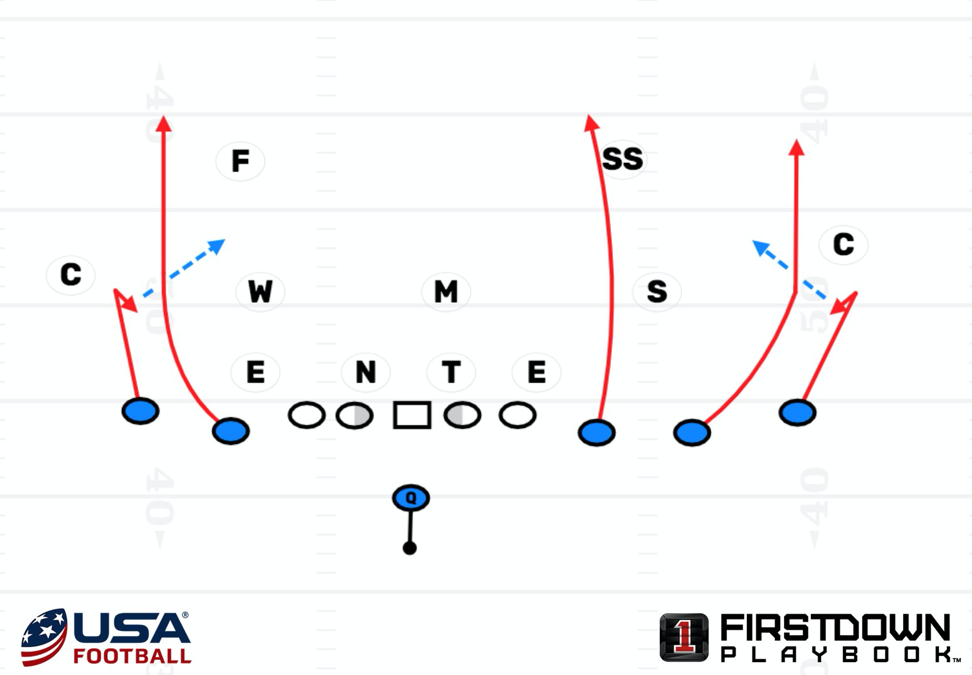 Coach Treske has been behind the wheels of the offense at Lakeland for four seasons. Coach helped coordinate the offense to 3 straight NACC League titles in his first three seasons as offensive coordinator and qualified for the NCAA Division III playoffs in all three of those seasons. In 2017, Lakeland boasted one of the best offenses in the country as they ranked second in DIII in yards/per, fourth in first downs, eight in scoring offense and were top 25 in both rushing and passing offense. Additionally, the offense led the NACC in eight categories.

Before rising to the OC position, coach was a GA at Lakeland from 2011-13 helping out with the wide receivers. Coach also had a stop at his alma mater, Wisconsin Lutheran, where he was an assistant coach for 2 seasons.