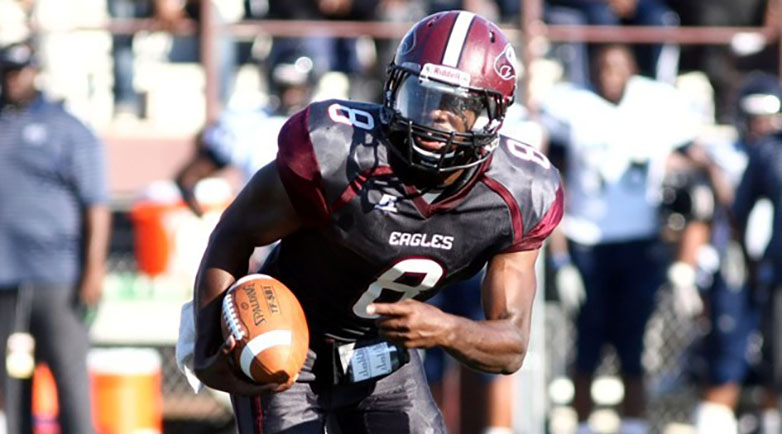 Everyone's path into the game of football is unique and different. Some are drawn to the game almost from birth, while others, including Senior NFL Draft Analyst of The Draft Network Jordan Reid, are dragged in kicking and screaming. Invariably though, those who stick it out and persevere through the hardships of the game – like Reid – find a deep and abiding love for the sport and what it gives them. For Reid, who has spent his entire adult life in and around the game, football has given him both a place and a purpose.

Always a quarterback, Reid was a natural-born leader on the field. Possessed of an unquantifiable intelligence in the game, Reid quickly became a star at T. Wingate Andrews High School in his hometown of High Point, North Carolina. An injury derailed his senior year, but his already proven track record ultimately landed him at North Carolina Central University. With the Eagles, Reid would rewrite much of the school's record books.

Football really has defined me, and it has made me who I am today.

“I injured my knee my senior year in high school,” Reid said. “I ended up transferring to North Carolina Central after my redshirt freshman year. My time there was awesome. The people there I met were some of the best people that I have ever known in my life. It's a small school, but the atmosphere was wonderful, and I loved every minute of my time in Durham.”

Reid would easily transition into the role of coach at his alma mater, something that had long been in the back of his mind as a plan for what he wanted to do in his post-playing life. Starting out as a graduate assistant for two seasons and then becoming a running back and quarterback coach, as well as, a recruiting coordinator. For Reid, helping to lead his school to the MEAC Championship three times was a dream come true.

“I didn't have any pro aspirations, I wanted to coach so that's what I did right after I graduated,” Reid said. “Coaching was something I've always been passionate about and I feel blessed to have gotten to have that at the start of my career at my school. I can't thank the coaches there enough.” 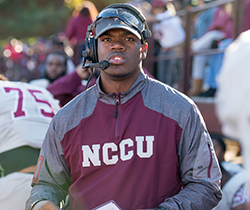 After the staff was let go at the end of the 2018 season, Reid was faced with a career decision. He knew that he wanted to stay involved in football, but maybe find another avenue for his passion. After running a blog while he played at North Carolina Central, Reid decided to try his hand in sports media. An opportunity arose with The Draft Network where Reid was able to parlay his personal insight and his passion into a new career.

“Getting to see football from this perspective, you get to see it from another point of view,” said Reid. “I now have three different lenses to look at the game from. I know it as a player, I know it as a coach, and now I know it from an evaluator's perspective. I've gotten the chance to look at the game and at players from a scout's point of view and I get to write about it while creating content for the site.” 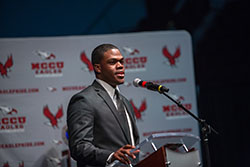 In addition to providing analysis as a writer, Reid is also behind two separate podcasts for the site. Being involved in football has given him a brand-new appreciation for the game that he already loved. With a long career in front of him, Reid knows that football has already given him so much and he has a strong hope that he can hopefully give some of that love back.

“I know a lot of people say, 'don't let the game of football define you.' For me, I think it really does though. I'm 28 years old and I've been in and around the game for almost two decades. Your college days eventually end, and for a lot of people, so does their life in football. I knew I wanted to be around the game, and I'm blessed to have had the opportunities that I have. Football really has defined me, and it has made me who I am today.”

Photos are courtesy of Jordan Reid.